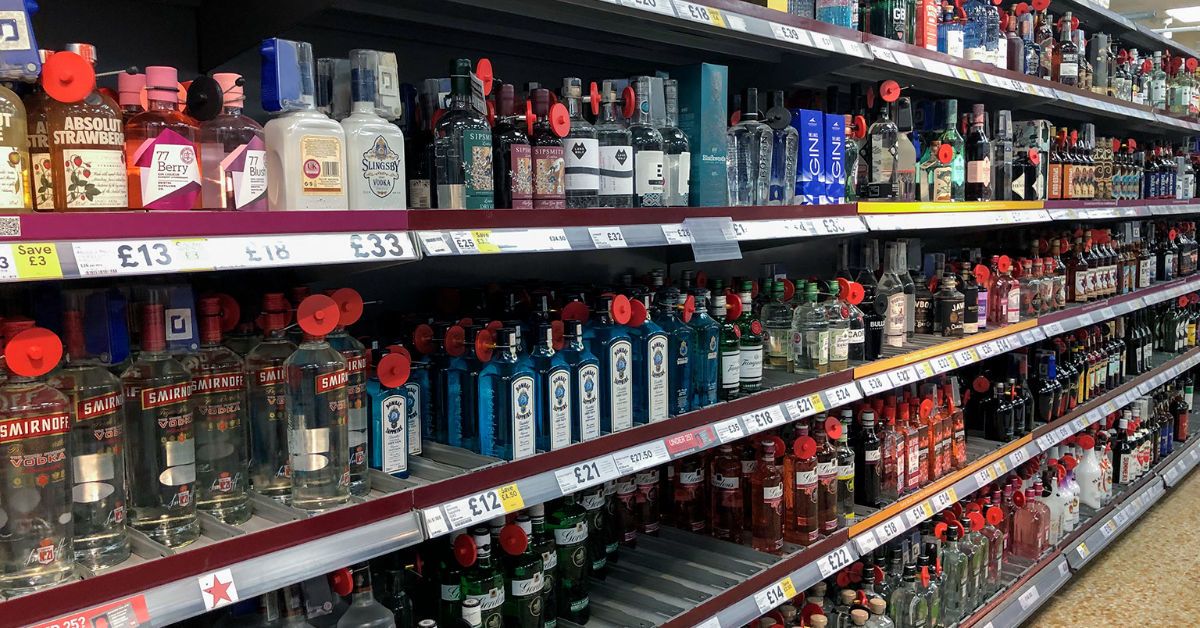 Scotland had the highest number of alcohol-related deaths since 2008 last year.

In 2020, deaths from alcohol jumped to their highest level since 2011.

According to latest figures published by National Records of Scotland, 1,245 died from alcohol-related conditions – the highest number of deaths since 2008.

It follows the publication of statistics showing Scotland’s drug deaths hit the second highest on record despite a small decrease in numbers last year. 1,330 people lost their lives to drug misuse in 2021.

The majority of the deaths were among men, with males accounting for two thirds of the total.

The average age of deaths of those who died from these causes was 58.7 years for females and 59.7 years for males.

Julie Ramsay, vital events statistician at NRS, said: “Health inequalities are a feature of alcohol-specific deaths. Deaths attributed to alcohol were 5.6 times as likely in the most deprived areas of Scotland compared to the least deprived areas. This is more than the deprivation gap for all causes of death, which is 1.9.

“Two thirds of those who died last year were male.”

In the past five years, after adjusting for age, the rate of mortality from alcohol-specific deaths was higher than the Scottish average in Greater Glasgow and Clyde and Lanarkshire Health Board areas.

Rates were also high in Western Isles Health Board, but the difference with Scotland as a whole was not statistically significant, NRS said.

One woman, who did not want to be named, told how her son was “hours from death” after his drinking spiralled out of control during the pandemic.

“When he was drinking, I couldn’t get him on the phone. And I would make excuses like, well, he’s tired, he’s had a long, hard day at work, and so he’s tired, so he’ll just be sleeping in the chair,” she told STV News.

“Five years ago, I got an email on my birthday from his brother-in-law, my ex-daughter-in-law’s brother saying, ‘for heaven’s sake woman, your son is a raging alcoholic, you are the only person who can do anything about it.’

“But then lockdown came and disaster struck.

“He was drinking more and more, and in fact, he stopped eating and became unable to tolerate food.

“We got him into a hospital just in time, another 24 hours, and he would have probably slipped into oblivion.”

Campaigners have called for a ban on alcohol sponsorship of concerts, festivals and live sport in a bid to improve Scots’ health.

Alcohol Focus Scotland and a group of international experts have urged the Scottish Government to introduce restrictions on marketing in all areas where there are powers to do so – including outdoor and public spaces, branding of merchandise, and in print publications.

Last week, ScotRail confirmed a ban on consuming alcohol brought in during the coronavirus pandemic is to remain “for the forseeable future” on its trains.

The national operator said it had agreed with the Scottish Government to keep the prohibition.

Last month, a study suggested drinking more than a small shot glass of beer a day could pose risks to health for men under the age of 40.

A safe daily limit for women aged 39 and under is the equivalent of two tablespoons’ worth of wine, or 100ml of beer, the research published in The Lancet in July suggests.