Scotland falls silent to remember the fallen on Armistice Day

Services held around the country at 11am to honour those who have lost their lives in conflict. 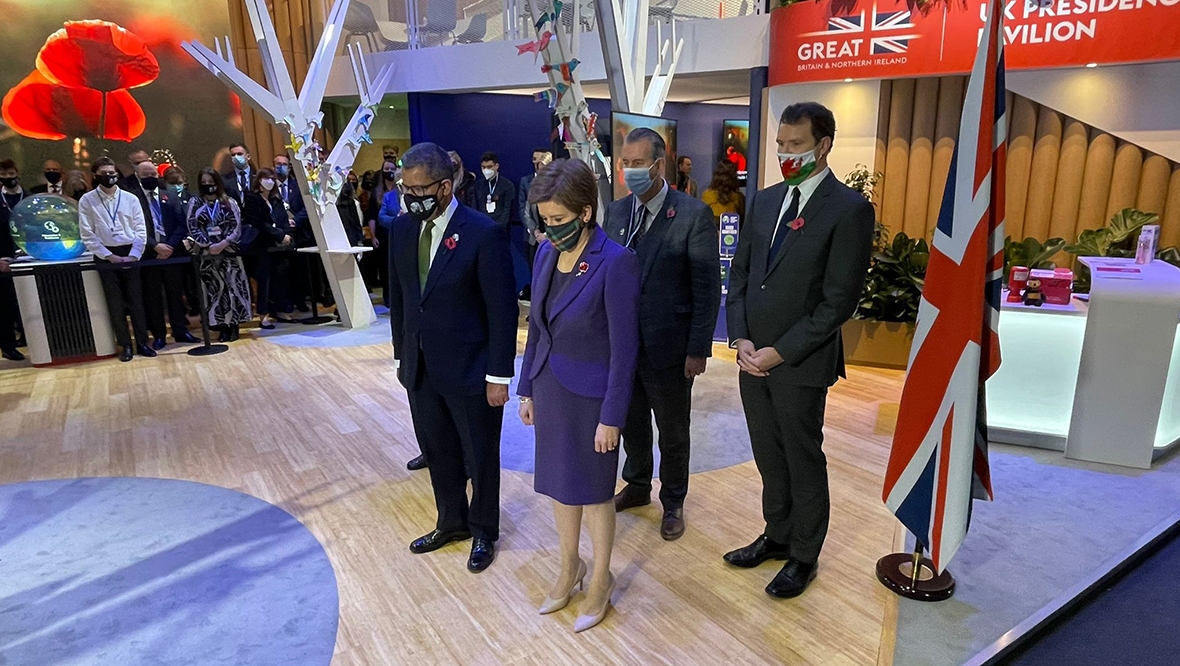 Scotland fell silent on Thursday morning to remember those who have lost their lives in conflict.

Among those observing the silence were delegates attending the COP26 UN climate change summit.

A single gun was fired at 11am from Edinburgh Castle, while local government officials from the city joined members of the Armed Forces for a wreath laying ceremony at the Edinburgh Garden of Remembrance in Princes Street Gardens.

Wreaths were laid by the deputy lord provost of the City of Edinburgh, councillor Joan Griffiths, and representatives from Legion Scotland, Poppyscotland and Veterans Scotland.

The ceremony also marks the centenary of the Royal British Legion Scotland.

Prior to the silence, Johnstone read a short extract from Laurence Binyon’s Ode of Remembrance before The Last Post was played by a bugler.

Standing on the steps of parliament’s garden lobby, Johnstone then recited the Kohima Epitaph before SNP MSP Stuart Macmillan played the flowers of the forest folk song on the bagpipes.