Binmen, train drivers and police officers are all considering action over the summer months amid the cost of living crisis. 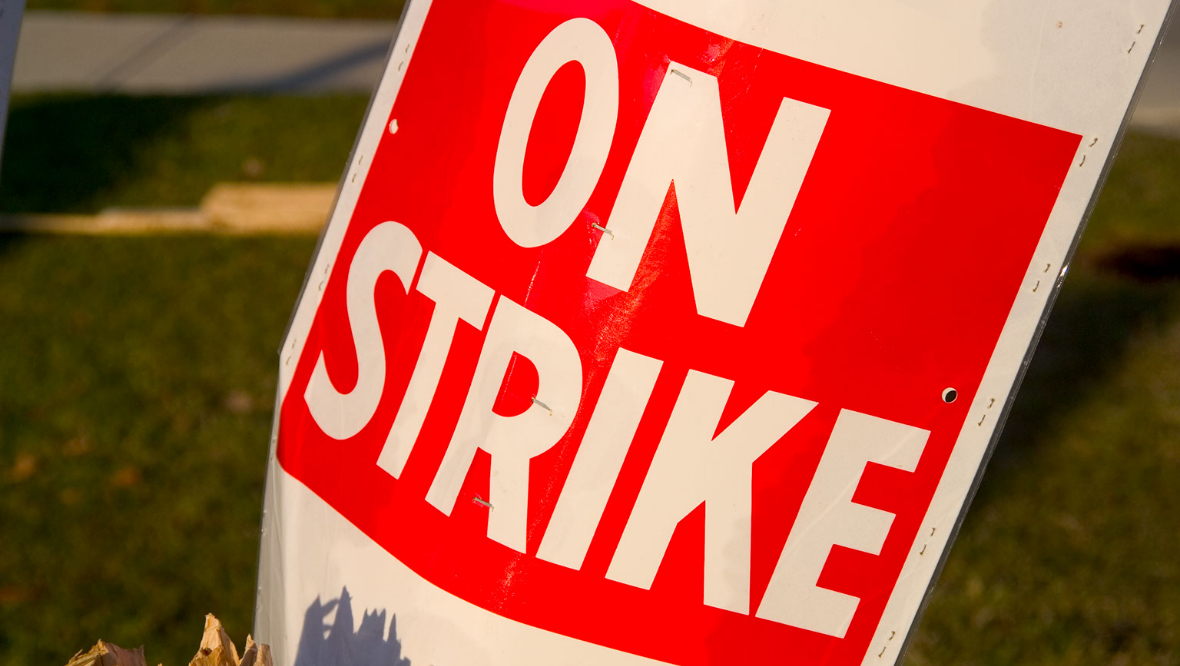 Scotland faces a summer of discontent as public sector workers across a slew of industries consider sweeping strike action over a series of pay disputes.

Thousands of council staff across all 32 local authorities including bin men, carers and school support are the latest to threaten walkouts following the escalating row surrounding a 2.2% pay increase offer.

Train drivers represented by the Aslef union have already brought parts of Scotland’s rail network to a virtual standstill as a result of action on a “derisory” wage rise and may soon be joined by their Rail, Maritime and Transport (RMT) counterparts.

Meanwhile, the Scottish Police Federation has rejected what it called a “disgraceful offer” of a flat £565 increase across the board.

Against the backdrop of the cost of living crisis, skyrocketing inflation, the recovery from the Covid-19 pandemic and the largest decline in living standards since the 1950s, the country may well be pushed to boiling point just as the mercury starts to soar.

Unite has confirmed that it will ballot thousands of its members in schools and cleansing between June 10 and July 26. If successful, strike action could well take place at the start of the school year in August.

A report by the Accounts Commission found ‘cumulative’ funding for councils had experienced a real-terms fall of just over 4% when compared to the levels of spending in 2013/14.

It also cited “staff burnout from the prolonged response and recovery phase” as a key reason for high staff absences and a detrimental impact on service delivery levels.

In addition, Johanna Baxter, head of local government in Scotland for the Unison union, added that workers were “experiencing more violence at work” contributing to suffering levels of staff mental health and wellbeing.

The GMB union was also due to inform councils’ body Convention of Scottish Local Authorities (COSLA) on Monday of an industrial action ballot of its members in schools and cleaning.

Over 200,000 workers signed a letter to the body earlier this month to register their unhappiness at pay levels which had “been held down for too many years”.

Unite’s general secretary, Sharon Graham, said: “When the broader cost of living has now hit 11.1%, this is a huge pay cut and simply not acceptable when workers face punishing living costs.

“Our members are not putting up with this and they will have their union’s full support in the fight for better jobs, pay and conditions in local government.”

Aslef members are considering an improved pay offer of near-double the initial 2.2% tabled by newly-nationalised ScotRail. The 4.2% bid, which also includes a three-year moratorium on compulsory redundancy, is now being put out to staff before a final decision is made.

Drivers are currently refusing to work overtime or on rest days – leading to a third of daily services being slashed. Almost 700 journeys have been scrapped during an impasse in talks, with an “emergency timetable” currently causing chaos on Scotland’s lines.

Aslef’s Scottish organiser, Kevin Lindsay, said: “Aslef entered these talks in good faith. We have negotiated a pay offer of 4.2%, a three year no compulsory redundancy deal and a number of other improvements.

“These will now be put to our members for their consideration.”

A signaller walkout could reduce services to around a fifth of the normal weekday timetable if a strike goes ahead over claims Network Rail intends to cut at least 2,500 maintenance jobs as part of a £2bn reduction in spending.

There may also be trouble brewing among Scotland’s national police force.

The general secretary of the federation representing officers claimed an offer made was as “insulting as it was derisory” after it emerged to be over 1% below the minimum amount requested.

A letter from the Police Negotiating Board, which passes recommendations on pay increases on to the Scottish Government, said it would not relinquish its position from the initial 2.2% offer, adding funding pressures meant it was “based exclusively on what we can afford from the funding available.”

That was resoundingly rejected by SPF bosses, with general secretary Calum Steele confirming representatives would meet in the next seven days to discuss “next steps”.

A Scottish Government spokesperson said: “Negotiations for police officer pay for 2022/23 are currently ongoing through the Police Negotiating Board and we await the outcome of those discussions.”