Around 700 million single-use plastic items are used in Scotland every year and are now banned under new laws. 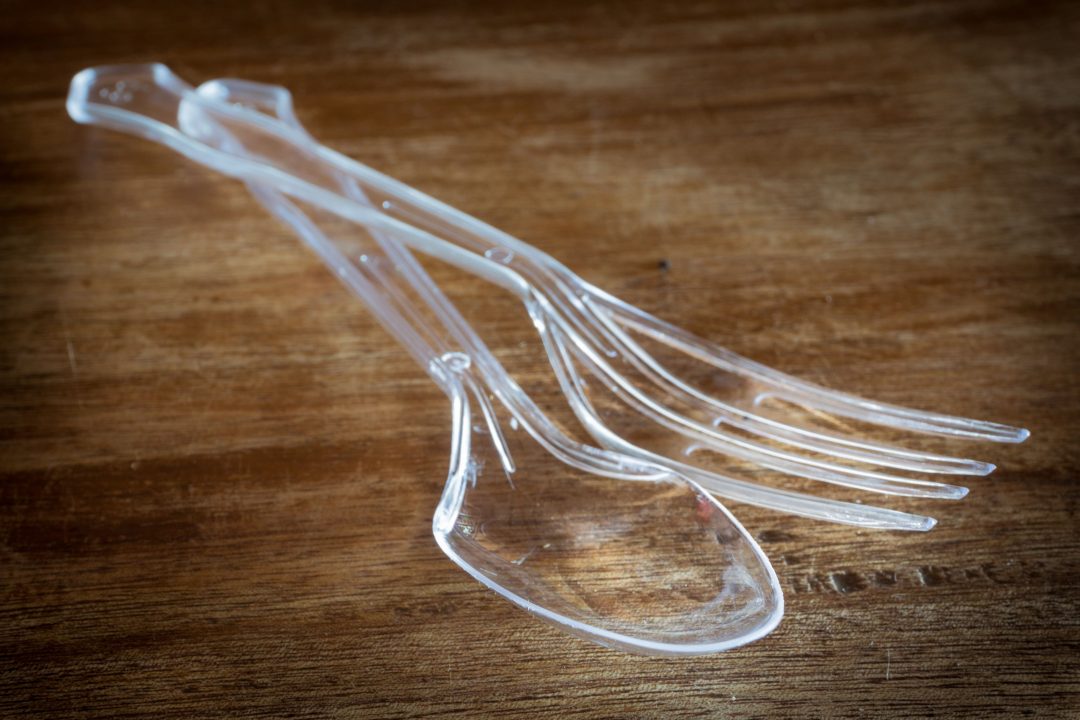 Scotland has become the first part of the UK to implement a ban on many of the most problematic single-use plastics, as new legislation came into force on Wednesday.

It means that it will now be an offence for businesses in Scotland to provide single-use items such as plastic cutlery, plates, and stirrers.

The legislation was passed by the Scottish Government during climate summit COP26 last year, and includes exemptions for single-use plastic straws, to make sure that those who need them for independent living or medical purposes can still access them.

The regulations came into force following a six-month grace period, during which Zero Waste Scotland ran a business campaign to raise awareness on how to prepare.

Environmental powers are devolved to Scotland, and when the ban was initially introduced it was under threat from the UK Internal Market Act.

The Act would have rendered the ban ineffective as businesses in Scotland would have been able to supply banned items that originated from the rest of the UK.

However, the Scottish Government pressed for UK Ministers to exclude the Scottish ban from the Act, eventually securing an exclusion for the ban which will come into force shortly after June 1.

Scottish Greens circular economy minister, Lorna Slater said: “By banning some of the most problematic single-use plastic items in Scotland, we are turning our promises into action. Every year, hundreds of millions of single-use plastic are wasted, with many of them littering our beaches, waters and parks. This ban will encourage businesses to make the switch to reusable alternatives, helping to reduce litter and cut emissions.

“Protecting Scotland’s environment is a devolved matter and key decisions like this one should be ours to make. It was wholly unacceptable that it could have been effectively vetoed by the UK Government under their UK Internal Market Act, which it imposed on the rest of the UK despite no devolved legislature giving consent to it.

“The Scottish Government pressed repeatedly for, and finally secured, an exclusion from the Act for our ban. While we are frustrated that the exclusion will not be in force by 1 June, it will follow soon after, meaning this important ban will be fully effective across Scotland. Regardless of the delay in the exclusion, we’d encourage everyone to ditch these harmful  items now.”

Before the ban, around 700 million single-use plastic items were used in Scotland every year.

Enforcement of the ban will be the responsibility of local authorities and any businesses failing to comply risk being handed a maximum fine of £5,000.