One Scotland player, Jon Beswick, took to the field wearing a traditional kilt. 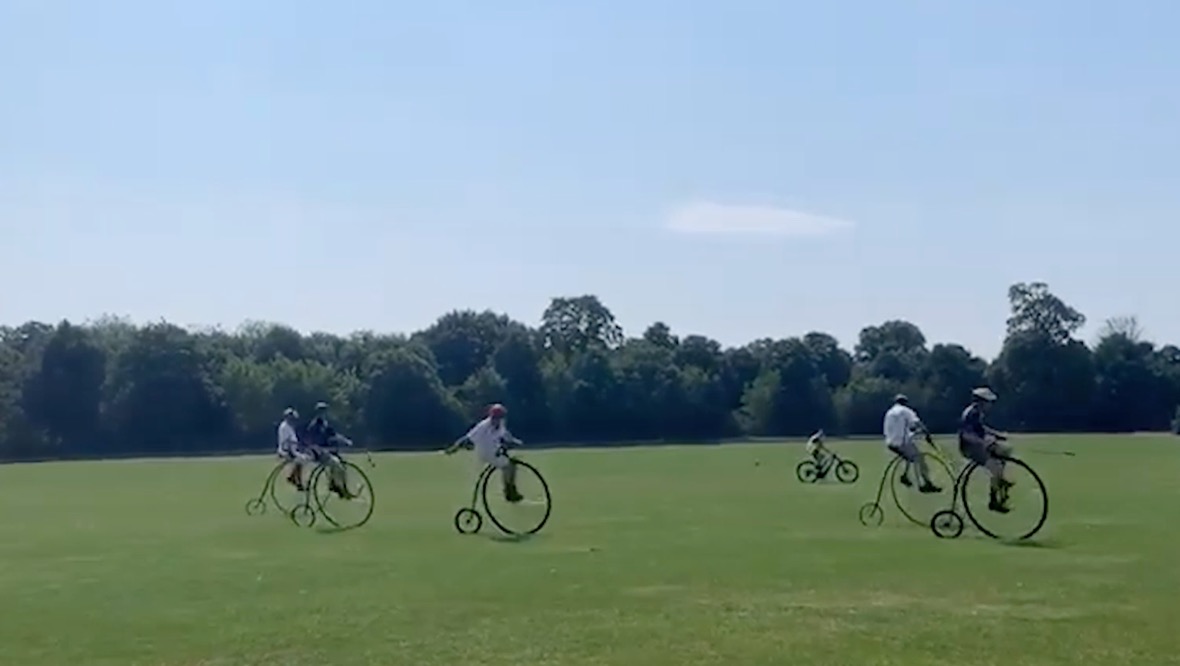 Scotland defeated England at a penny-farthing polo match that saw the two teams battling it out on Victorian-style bicycles.

The two sides were competing for the Penny-Farthing Calcutta Cup in Richmond, west London, with the Scottish side pipping the Auld Enemy 8-7 in a thrilling contest.

It was the sixth edition of the match since 2013, held at the Ham Polo Club by the Penny Farthing Club.

One Scotland player, Jon Beswick, even took to the field wearing a traditional kilt.

The penny-farthing was a popular form of transport in the 1870s and 1880s, named after British penny and farthing coins that differed greatly in size.

But the style of bike became obsolete from the late 1880s with the development of modern bicycles which had reduced risk of falling from height.

Competitive penny-farthing polo was invented by Neil Laughton, an entrepreneur and adventurer who holds three Guinness World Records for riding a penny-farthing no handed.

He said: “When I ride through Westminster on my 54-inch wheeled bike, everyone waves, cheers or takes a photo and it always puts a big smile on people’s faces.”

England captain Laughton has ridden his farthing 100 miles in a day and competes in international races.

Last year alongside David Fox-Pitt, Scotland’s victorious captain from the weekend, he raised £26,000 for the charity Mary’s Meals by riding from Land’s End to John O’Groats in 11 days.

Fox-Pitt, who has played for Dundee and Perth Polo Club, Scotland’s largest, made his way down from the Highlands for the match.

His teammates over the weekend included Beswick, who kept his kilt on for the game, and first lady international Melissa Eisdell.

Despite Scotland’s victory, England are ahead 3-2 in the series.