Scot in Sri Lanka has passport seized by officials amid protests

The 34-year-old from St Andrews has been active online in highlighting the ongoing protests in Colombo, the capital city of Sri Lanka. 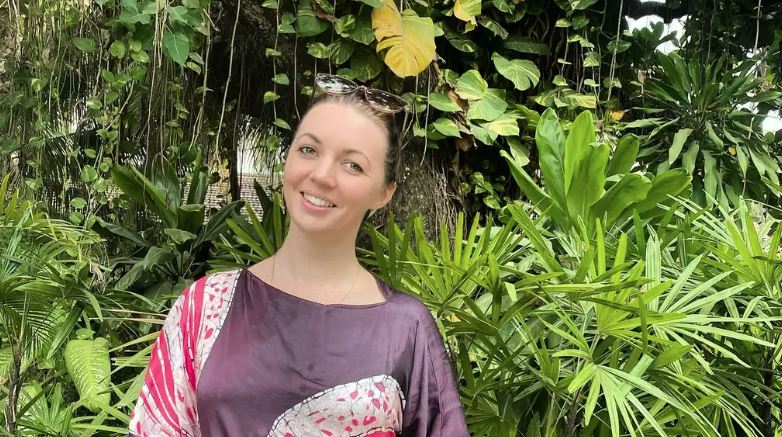 A Scot documenting protests in Sri Lanka has had her passport seized by officials.

Kayleigh Fraser, a social media activist, said that six immigration officers on Tuesday turned up at her door claiming she had violated her visa conditions.

The 34-year-old from St Andrews has been active online in highlighting the ongoing protests in Colombo, the capital city of Sri Lanka.

Protests in Sri Lanka began earlier year against the government in response to the economic crisis in the country.

Inflation is running at more than 50%, with daily power cuts and shortages of basics including fuel, food and medicines.

A state of emergency was declared by the president of Sri Lanka, Ranil Wickremesinghe, when he took power at the end of last month.

The declaration allows troops to arrest and detain suspects, while the president is able to override existing laws to deal with any unrest.

Human Rights Watch has stated that the demonstrations have been handled with “intimidation” with surveillance in place and the “arbitrary” arrests of protesters, civil society activists and journalists.

Ms Fraser had earlier received a call from an employee at the company that issued her visa telling her to leave the country because she was being investigated by authorities.

Having been confronted at her home, Ms Fraser said officials demanded that she hand over her passport, or she would be put into handcuffs.

She was then told to wait seven days for an investigation to be carried out before she would be able to retrieve her documentation.

Ms Fraser managed to take a video recording of her interaction with the officials, who she has said tried to barge into her home to get her passport.

In the clip, she can be heard telling them she feels she is being harassed for drawing attention to the ongoing issues faced by the Sri Lankan public.

Since posting the video on her social media pages, Ms Fraser said activist lawyer Nagananda Kodituwakku, general secretary of the Vinivida Foundation, has been in touch with her to help her case.

She said the pair are due to meet with officials at the country’s immigration and emigration department on Monday to hopefully retrieve her passport.

Speaking to PA news agency about her confrontation with immigration officials, Ms Fraser said: “They accosted me in the street and were outside my house for about 40 minutes, but they couldn’t even tell me what I had done wrong.

“They kept saying I had violated the terms of my visa, but they didn’t even know what visa I was on until they finally got hold of my passport. I didn’t feel safe.”

Ms Fraser said that in the past two weeks, she believes between 40 and 50 people have been arrested, with about 10 being detained yesterday alone.

“When they threatened to handcuff me it was quite frightening because under emergency law, they can really do anything,” she said.

“What is happening to these people is absolutely appalling.

“There hasn’t been enough attention on the suffering that they are going through.

“Social media has been powerful at helping keep the people here as safe as they can be by showing more about what’s going on.”

Aberdeen-based, Labour councillor Deena Tissera said she is working with MSP Foysol Choudhury and the Scottish Government to make an inquiry to the Sri Lankan government to ensure Ms Fraser’s safety and that her human rights are protected.

“Kayleigh has been getting calls asking her to immediately leave the country because her life could be in danger,” Ms Tissera said.

“She is a social media activist shedding light on the protests, state of emergency, and human right violations in Sri Lanka.

“Her British passport has been forcefully seized by Sri Lankan authorities with no given reason.”

The Sir Lankan immigration authorities have been contacted for comment.