The latest offer tabled by the Scottish Government on Tuesday was branded 'an insult' by union leaders. 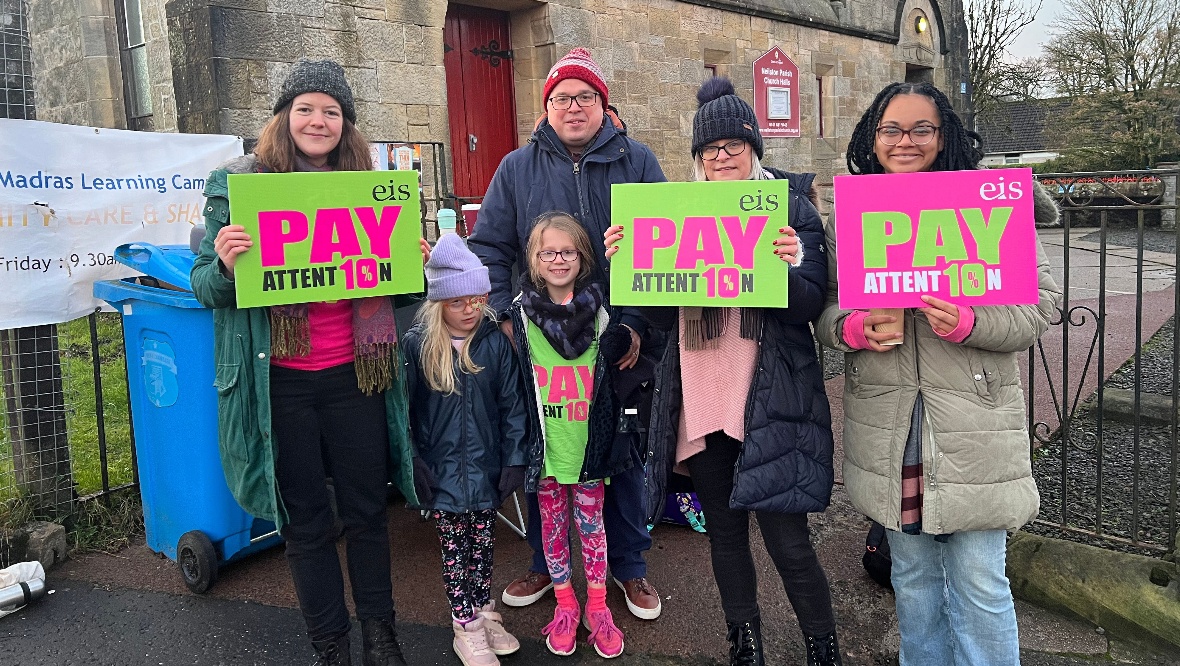 Schools across Scotland have closed and will not open on Thursday as teachers strike in a dispute over pay.

It follows a last-ditch attempt to avert the walk out which failed after a fresh offer was rejected.

Members of Scotland’s largest teaching union, the EIS, stage the historic industrial action over Thursday which will see most schools across the country close.

An offer that would see pay increase by up to 6.85% was tabled by the Scottish Government on Tuesday.

However, union leaders are seeking a rise of 10% for teachers, with the latest rise described as an “insult“.

Education secretary Shirley-Anne Somerville said the offer was fair and recognised the cost of living crisis.

The Scottish Government had indicated that it would have taken the starting salary for a fully qualified teacher to £36,650.

Andrea Bradley, the EIS general secretary, insisted that the offer was not progressive or generous, as ministers had claimed.

The Scottish Secondary Teachers’ Association (SSTA) has also announced its own strike action.

Its members will walk out of classrooms on either December 7 or December 8 following a ballot.

COSLA, the body representing local government in Scotland, indicated that the offer was in line with those made to workers in other parts of the public sector.

“I would call on our trade union colleagues to recognise that these are extremely challenging financial times we are operating in and we all need to make decisions with a full understanding of the consequences,” she said.

“Our offer ensures that we don’t place additional pressure on any other parts of our hardworking workforce and the essential services they deliver.”

“We really did not want to be in this position, and have engaged constructively in talks for many months, but have been forced into this strike by the inaction of the Scottish Government and COSLA who have refused to make any improvement to a pay offer that was roundly rejected by teachers three months ago.

“Instead, what has been offered amounts to a differentiated pay cut whichever way you look at it.

“The tactics of both COSLA and the Scottish Government in this process have been nothing short of disgraceful.

“They have offered a series of sub-standard offers that fall far below the rate of inflation and far short of the justifiable expectations of Scotland’s hard-working teaching professionals.

“They have dragged the process out endlessly, while soaring inflation has decreased the value of their offers still further.

“And, in their most recent insult, they presented a long-awaited ‘revised’ offer at the last possible
minute, which was simply an obvious re-packaging of the same offer that teachers overwhelming rejected
three months ago.”