Forty thousand young people turned out in Scotland for the last global strike. 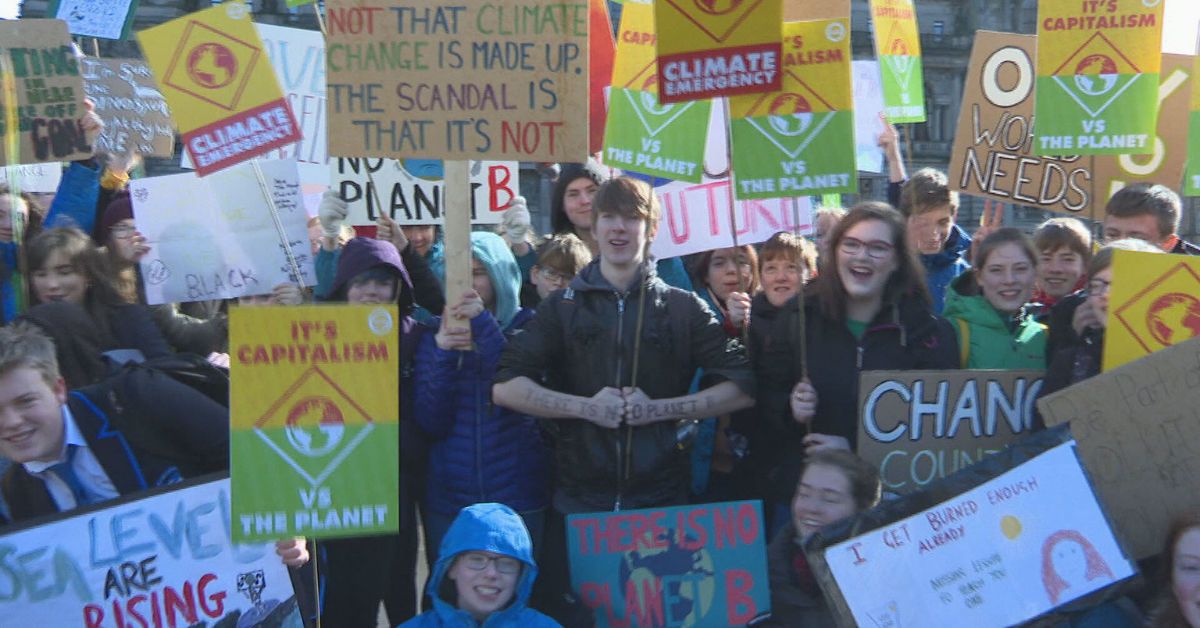 School pupils across Scotland held climate protests on Friday as part of a youth global strike.

It marks the return of climate demonstrations made popular by activist Greta Thunberg.

The Swedish teenager has said she does not believe Scotland is a world leader on climate change, as the Scottish Government claims.

Florence Spreadborough, a 17-year-old march organiser, said: ”How can I imagine a worthwhile and exciting future for myself and my friends when the very stability of the world around me is constantly being threatened with irreversible changes to the climate, bringing more and more extreme weather and danger to so many across the world.

“What was extreme is rapidly becoming normal. It scares me and I’m often frightened to think about it.”

Fridays for Future protests were held in Glasgow, Edinburgh, East Kilbride, Stirling, St Andrews, Forres and Ullapool and comes just 37 days before the country hosts the UN Climate Change Conference in Glasgow at the end of October.

But as leaders hope for a Glasgow Agreement at COP26 that will see countries around the world act to prevent climate catastrophe, the SEC and surrounding area is set to be a no-go zone for cyclists and pedestrians and the city has been branded “filthy”.

Forty thousand young people turned out in Scotland for the last global strike.

Hundreds took part in an “Earth March” on Forres High Street, with speakers addressing crowds and sharing feelings about the crisis.

Julia Tucknott, one of the organisers, said: “It’s a terrifying thought that the World leaders who meet in Glasgow in November at COP26 will actually be signing off policies that will determine what happens this decade and for thousands of years to follow.

“The future of life on earth is literally in their hands.”

Glasgow protestors met in Kelvingrove Park at 11am behind the bandstand. They marched to George Square for a rally lasting around two hours.

In Edinburgh, demonstrators held a rally outside the Scottish Parliament starting at 11am.

In Stirling, protestors demonstrated on Port Street at 2pm.

In Forres, participants marched from Thomson Memorial to Grant Park starting at 2pm.

In Ullapool, strikers were at their weekly location on Quay Street from 8:30am.

In East Kilbride, school children and others gathered outside the Civic Centre at 1pm.

In St Andrew’s, protestors gathered at 10:45am to march from St Salvador’s Quad to West Sands.

COP26 president Alok Sharma has said he is confident the Glasgow conference will go ahead in person despite rising Covid cases in Scotland.

Hundreds of soldiers will be deployed from Saturday to support the Scottish Ambulance Service amid pressure on the NHS froom the coronavirus pandemic.