Salmond: Evidence not heard in court ‘will see light of day’ 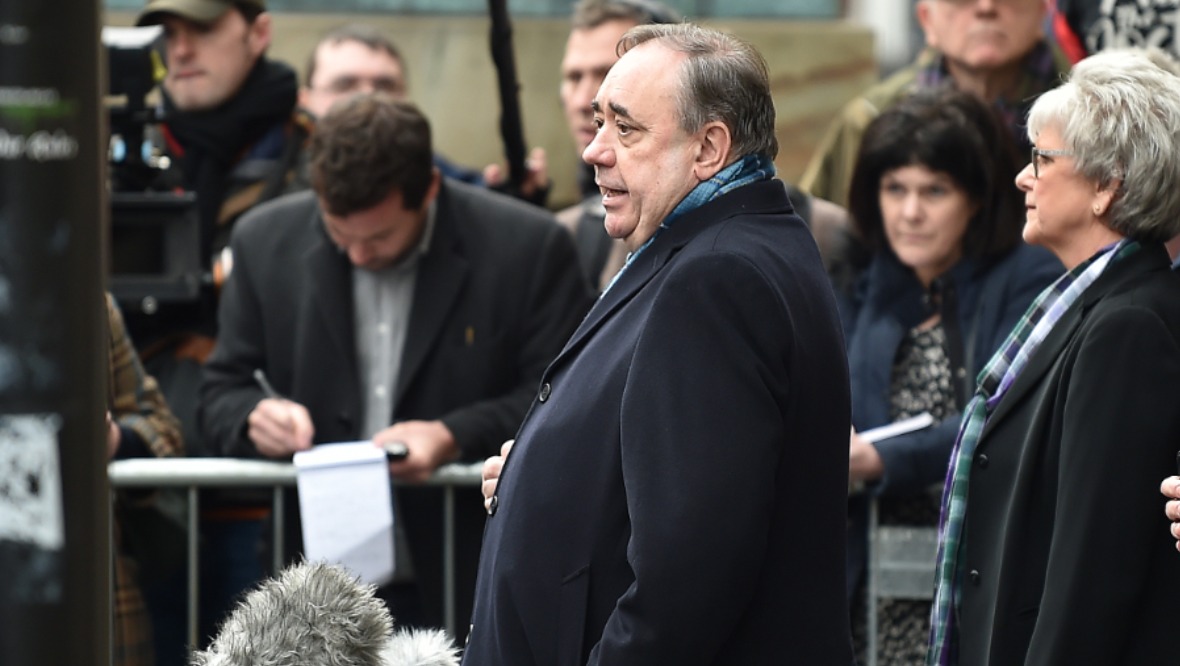 Alex Salmond has claimed evidence that was not able to be heard in court will “see the light of day” after he was acquitted of 13 sexual offences, including attempted rape.

The former first minister thanked his supporters but said the trial was nothing compared to the “nightmare every single cleared of us in this country is living through” due to the coronavirus pandemic.

He was cleared of all charges by a jury following an 11-day trial at the High Court in Edinburgh.

The jury, which took more than five hours to reach its decision, returned not guilty verdicts on 12 charges and returned a not proven verdict on a charge of sexual assault with intent to rape.

Speaking outside court, Salmond said: “Just over a year ago when we finished civil action, judicial review, I said I had great faith in the courts system of Scotland – that faith has been much reinforced today.”

He added: “There is certain evidence that I would have liked to have seen led in this trial but for a variety of reasons we were not able to do so.

“Those facts will see the light but it won’t be this day.”

Salmond was found not guilty of 12 sexual offence charges by a majority – including an attempted rape.

The jury returned a not proven verdict by majority after Salmond was accused of sexually assaulting a woman with intent to rape on an occasion in December 2013 at Bute House, Edinburgh.

A not proven verdict has the same legal effect as an acquittal.

He was also found not guilty of sexually assaulting the same woman, known as Ms F, on an occasion between November and December 2013.

Salmond thanked those who have sent him messages, his “brilliant” legal team and the court service, who he said have been “courteous beyond limit”.

He had denied all the charges and giving evidence claimed some were “deliberate fabrications for a political purpose”.

The 65-year-old was first arrested and charged by Police Scotland in relation to the allegations in January 2019.

Before finishing his statement, he told those gathered outside the court to go home to stay safe from the Covid-19 pandemic.

He said: “Whatever nightmare I have been in over these last two years, it’s as of nothing compared to the nightmare that every single one of us in this country is living through. People are dying – many more are going to die.”

Two jurors were discharged from the trial on Monday, bringing the number to five men and eight women.

A charge that had originally been on the indictment was dropped earlier in the trial.