Members of the union are being asked if they are willing to participate in industrial action. 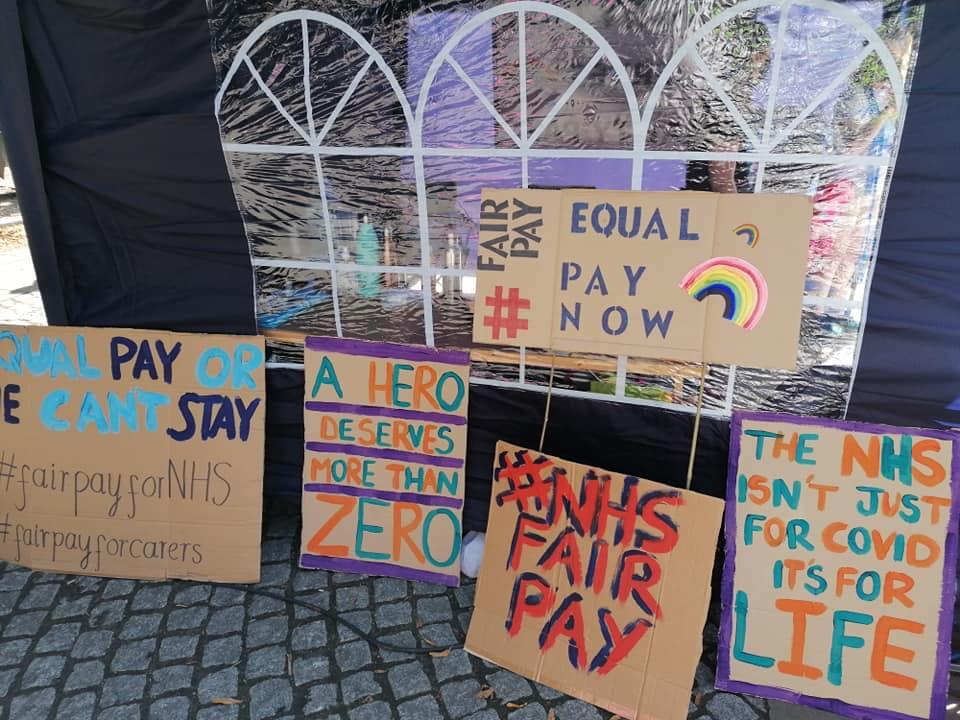 Scotland’s largest nursing union is to open a ballot over potential industrial action on Tuesday after it recommended members reject a pay offer from the Scottish Government.

The Royal College of Nursing (RCN) Scotland is calling for a pay increase of 5% above retail price index (RPI) inflation.

In the pay ballot, which opens on July 12, RCN members working in the NHS in Scotland are being asked about the acceptability of the 2022-23 pay offer from Scottish Government and whether they would be willing to participate in industrial action in response to the pay offer, if the majority of members vote to reject the offer.

The opening of the ballot coincides with a new poll for the union which found that 80% of the Scottish public believe there are not enough nursing staff to provide safe and effective care in Scotland’s health and care services, according to a new poll.

Of the respondents 70% said that the Scottish Government’s current pay offer for NHS Scotland Agenda for Change staff is ‘less than adequate’ to recognise the value of nursing staff.

A total of 66% identified pay as one of the main factors influencing whether there are enough nurses and healthcare support workers to provide safe and effective care.

The levels of stress involved in nursing and the number of hours staff have to work were also highlighted as key factors.

RCN are urging for a higher pay increase in order to recognise the safety critical aspect of nursing, to support retention and recruitment, to ensure patient safety and to compensate for the failure of salaries to keep up with the cost of living during the last 10 years.

Julie Lamberth, chair of RCN Scotland Board, said: “The public are absolutely right to be concerned about nursing shortages. 86% of RCN members in Scotland have told us that staffing levels are not sufficient to provide safe and effective care and six in ten RCN members are considering leaving their job.

“Nursing pay has been held below inflation for years and the spiralling cost of living has only worsened the impact of long standing low pay. With staffing levels at crisis point and nursing vacancies at a record high, there has never been a more important time to fight for the pay that nursing staff deserve.

“This poll shows that the public recognise that fair pay is vital for improving staffing levels and providing safe care and that they agree that the Scottish government’s pay offer is inadequate. Our members are exhausted, feel undervalued and are leaving the profession in large numbers. To recruit and retain enough staff to deliver safe and effective care to patients, the Scottish government must pay nurses what they deserve. This is a political choice.

“Fair pay is vital to protect patient safety, address staff shortages and demonstrate that the nursing workforce is valued as a safety critical profession.”

A Scottish Government spokesperson said: “We are disappointed that the RCN are recommending members reject this offer which, if accepted, will be the biggest single year pay rise NHS Agenda for Staff have seen since devolution, and will ensure that our staff continue to remain the best paid in the UK.

“Under this pay offer experienced porters will receive more than £1,000 extra, while a healthcare support worker will see more than £1,200 extra.

“Experienced nurses will see their pay rise by more than £1,600 and an experienced advanced nurse practitioner will receive almost £2,400 more.

“The record 5% pay offer builds on NHS Scotland staff being the best paid in the four nations.

“The UK Government would need to deliver pay uplifts of between 6% to 14% to front line NHS England Agenda for Change staff to catch up with pay levels in Scotland.”

They continued: “Growing our workforce is crucial and that’s why we have steadily increased places on undergraduate nursing and midwifery courses over 10 consecutive years – doubling the number of new intake students in the last decade.

“We have recruited more than 1,000 additional healthcare support staff and almost 200 registered nurses from overseas to help address the unprecedented challenges facing the NHS.

“The Cabinet Secretary meets regularly with NHS trade unions, most recently with the RCN on July 11.”