Risk of ‘14,000 Covid cases a day’ as students return to university

Governments reluctant to use 'stay at home' message, says public health expert, as she hopes for autumn booster vaccines. 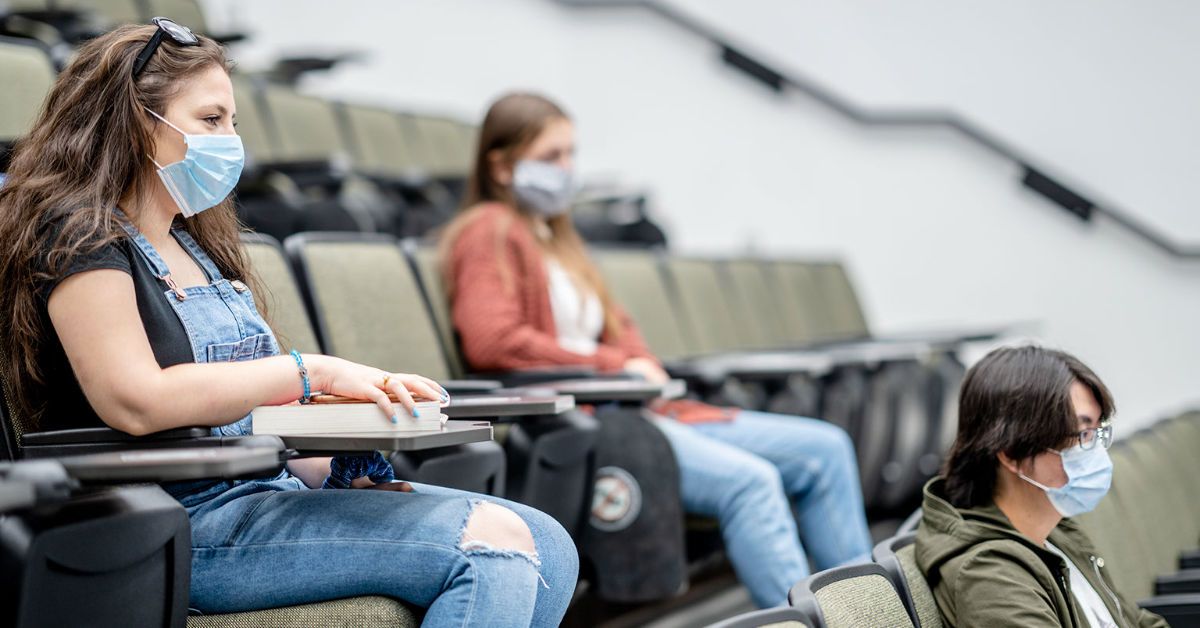 If the increase in Scotland’s Covid case numbers continues the country could see 14,000 infections a day as university and college students return for their studies, a public health expert has warned.

Professor Linda Bauld said that with the rate at which the virus spreads (the R-number) “well above one”, for every ten people testing positive they could infect up to 13 others.

“We’re seeing a sharp rise in cases in Scotland, they’ve doubled over the last week,” she told STV News.

“The modelling that’s been done shows really quite an alarming picture. We could have 14,000 cases a day if this doubling time continues.”

Professor Bauld said that the lifting of all legal restrictions on August 9 and the return of children to schools has resulted in surges of the Delta variant among young people.

But hospital numbers are also starting to “creep up” with 551 people in hospital on Sunday, August 29.

“The thing I think is causing concern for me and for others is we have another big chunk of activity about to happen which is colleges and universities with thousands of young people, also partially [vaccinated] or unvaccinated, coming back into Scotland for their education,” the University of Edinburgh scientist said.

“So it’s difficult to see how things are going to decline rapidly.”

Universities and further education facilities across Scotland are preparing to welcome back students to campus with diffrerent institutions offering varying levels of in-person teaching.

Professor Bauld is optimistic about the weakened link between cases and hospitalisations thanks to the vaccine programme.

“We are seeing somewhere between three and 4% of people testing positive for infection in the community ending up in hospital,” she said.

“That is far, far lower than it was earlier in the pandemic. However, when you have heading for 7000 cases a day at the moment, it could even increase from there, even a tiny percentage of that [means] more people in hospital, puts strain on the health service.”

The professor said that work on the jab must remain a priority focus.

“I think colleagues have said it’s a race between vaccines and variants and vaccines and the virus, at the moment the virus is getting head of the vaccine programme slightly,” she said.

The public health expert said she was hopeful the JCVI would make a decision on booster shots for older, more vulnerable groups given the high rate of infection in the community.

“The more vaccines we can deliver, the better situation we are in, but we are up against it heading into the autumn months.”

Professor Bauld said countries around the world have reintroduced certain restrictions in the face of surges in the more infectious Delta variant.

“Governments are very reluctant to use the ‘stay at home’ message again, the damage that it causes is pretty phenomenal,” she said.

But re-imposing social distancing in certain settings or mandating face coverings are options that could be seen in the future.