The Prime Minister said the people of Scotland want politicians to work together. 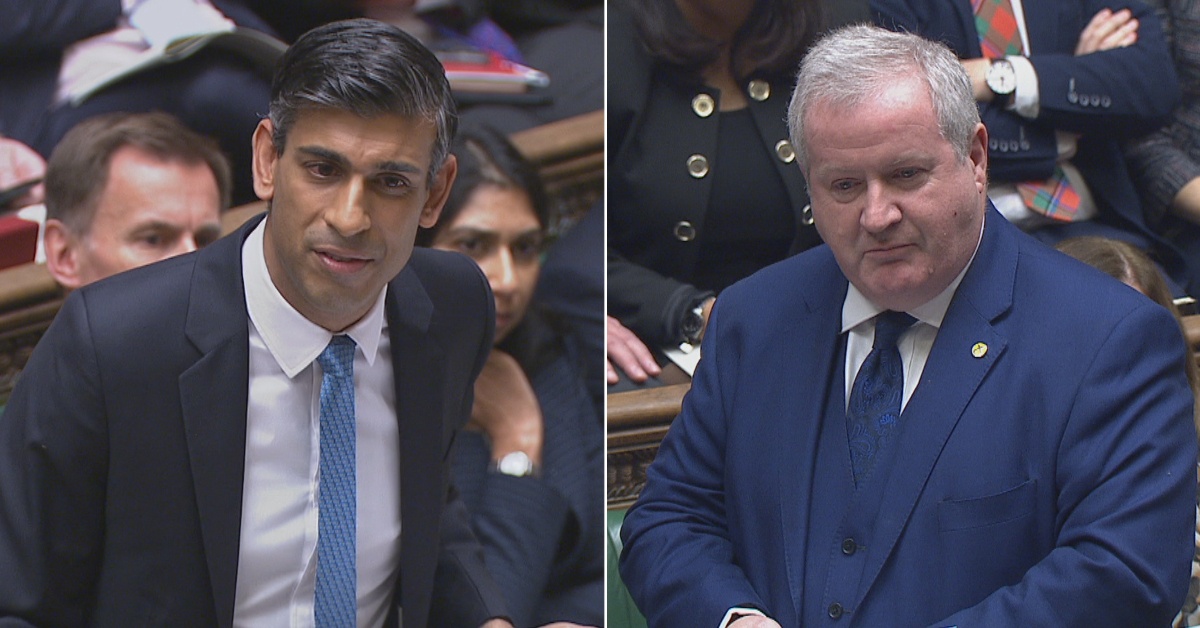 Rishi Sunak has said the UK Government respects the “clear and definitive” ruling by the Supreme Court that the Scottish Parliament does not have the power to hold an independence referendum.

The verdict was delivered by the court in London on Wednesday morning.

Judges decided unanimously that it would be outside the legislative competence of Holyrood to bring a Bill forward for another vote on the issue to take place.

Scotland’s First Minister Nicola Sturgeon said she was disappointed by, but respected the ruling by the court.

However, she also insisted that “Scottish democracy will not be denied” as she said the SNP would treat the next general election as a de-facto referendum.

MPs put questions to Sunak at Prime Minister’s Questions on Wednesday afternoon after the verdict was announced.

The SNP’s Westminster leader Ian Blackford told the Prime Minister that he has “no right” to deny democracy to the people of Scotland.

“This morning, the Supreme Court clarified a point of law that the very point of democracy in this union is now at stake,” he told MPs.

“And democracy will not be denied because whether Westminster likes it or not, last year, the people of Scotland voted for a Scottish Parliament with a majority and the mandate to deliver an independence referendum.

“The Prime Minister has every right to oppose independence. He has no right to deny democracy to the people of Scotland.

Blackford continued: “If the Prime Minister keeps blocking that referendum, will he at least be honest and confirm that the very idea that the United Kingdom is a voluntary union of nations is now dead and buried?”

The Prime Minister said the people of Scotland want politicians to work together on the issues facing them.

He responded: “Let me start by saying we respect the clear and definitive ruling of the Supreme Court of the United Kingdom.

“And what I would say to the honourable gentleman… I think that the people of Scotland want us to be working on fixing the major challenges that we collectively face.

“Whether that’s the economy, supporting the NHS or indeed supporting Ukraine, now is the time for politicians to work together and that’s what this government will do.”

Blackford suggested that Sunak does not have a mandate for office, having succeeded Liz Truss who resigned from No 10.

“It is right that we respect the decision of the court, but the Prime Minister can’t claim to respect the rule of law and then deny democracy in the very same breath,” he told MPs.

“If democracy is to matter, if elections matter, then mandates matter.

“Since 2014, the Scottish National Party has won eight elections in a row. Last year, we won a landslide.

“The Scottish Parliament now has the biggest majority for an independence referendum in the history of devolution.

“The Prime Minister doesn’t even have a personal mandate to sit in 10 Downing Street.

“What right does a man with no mandate have to deny Scottish democracy?”

Sunak pointed to the work undertaken by the UK Government in ensuring the funding of public services.

He responded: “When it comes to Scottish democracy, I’m pleased that the Scottish Government has one of the most powerful devolved assemblies anywhere in the world.

“And I was pleased, very shortly after becoming prime minister, to be the first prime minister in over a decade to attend the (British-Irish Council), to sit down with the First Minister to explore ways in which we can work together with the Scottish Government to deliver for the people of Scotland.

“Whether that’s delivering our growth deals, delivering freeports or ensuring that the £1.5bn of extra Barnett money can go towards supporting public services.

“That’s what we’re committed to doing in Scotland.”