Return of home schooling as new term begins in lockdown

Remote learning is in place for the vast majority of pupils across Scotland until at least February 1. 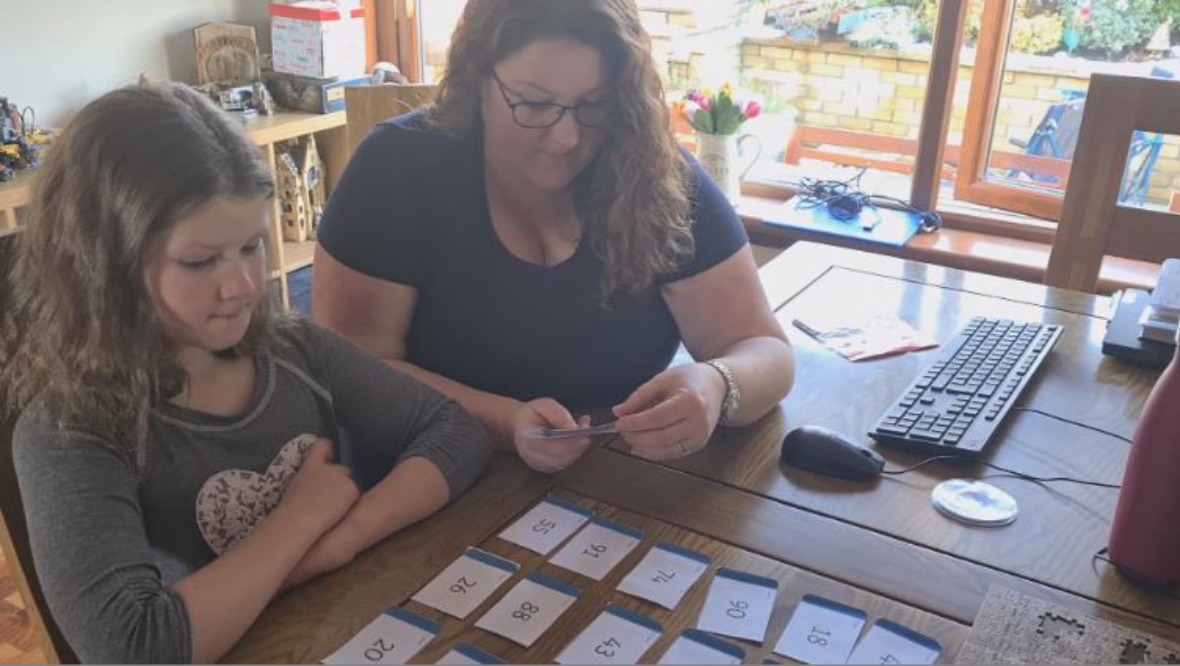 Pupils across Scotland resume their education when the new term begins on Monday but most won’t be going back to school.

Following the extended Christmas break, remote learning is in place for the vast majority of pupils until at least February 1.

That means a return to juggling multiple commitments for working parents all over the country.

Yvonne Grant from Bishopton in Renfrewshire believes home learning is a difficult situation for children, parents and teachers.

She said: “I have more concerns just now than I did last year. The issue being that last year it was sunny, we could be outside, we could spend a bit more time outdoors and doing that sort of learning, whereas I feel this year the risk is Robyn’s going to sit at a table in front of a screen for a lot of it and that concerns me for the mental health of the children.”

Yvonne, whose eight-year-old daughter Robyn is in primary four at Bishopton primary school, says her job allows some flexibility in terms of being able to work from home.

But her concerns are not just about the educational aspects of this latest lockdown.

She said: “It’s everything that you do over and above that, interacting with her friends, being outdoors, being independent, everything else.

“Also she’s at home, there’s only me here during the day, my partner has to work outside the house. I don’t have the time all day to sit with her to help her necessarily when she requires it.

“I work as well so I’ll be working full time while she’s here learning, and that’s difficult for everyone.

“And I think she’s concerned about how long she’ll be out of the classroom now. I think she’s looking forward to having me at home and spending time together but she is concerned to be away from her friends.”

It’s also a challenging time for teachers such as Tom Chalmers.

He is a principal teacher at Brunston Primary School in Edinburgh and also teaches a class of primary four pupils.

He said: “No teacher wants to be teaching from home. I’d rather be in the classroom, it’s why I’m a teacher. So that’s obviously a little bit disappointing.

“But we have to make the best of the circumstances, and make sure that our learners are still making progress and making progress through the curriculum with our classes at the same time.

“Last year it was quite short notice and a kind of emergency type situation when the schools closed back in March, and now schools are far more prepared. We’ve invested in online resources.

“I certainly feel more prepared to go into this period of school closure, making sure that I’ll do the best for my learners. I know that my colleagues are feeling the same.

“It certainly feels less new this time round but equally as demanding, because there’s still a need to make sure our learners are making progress when learning from home.”

Tom says schools are also doing great work to support families and pupils who are particularly vulnerable to the current restrictions.

“My recommendation for parents is to get kids into a routine, have the same wake up time every day,” he said.

“Take plenty of regular breaks, have opportunities to go outside and play in the garden if that’s a possibility. So the kids can come back and feel refreshed, and that should be a recipe for success.”