Emergency services were alerted on Thursday evening as heavy rain swept across parts of the country. 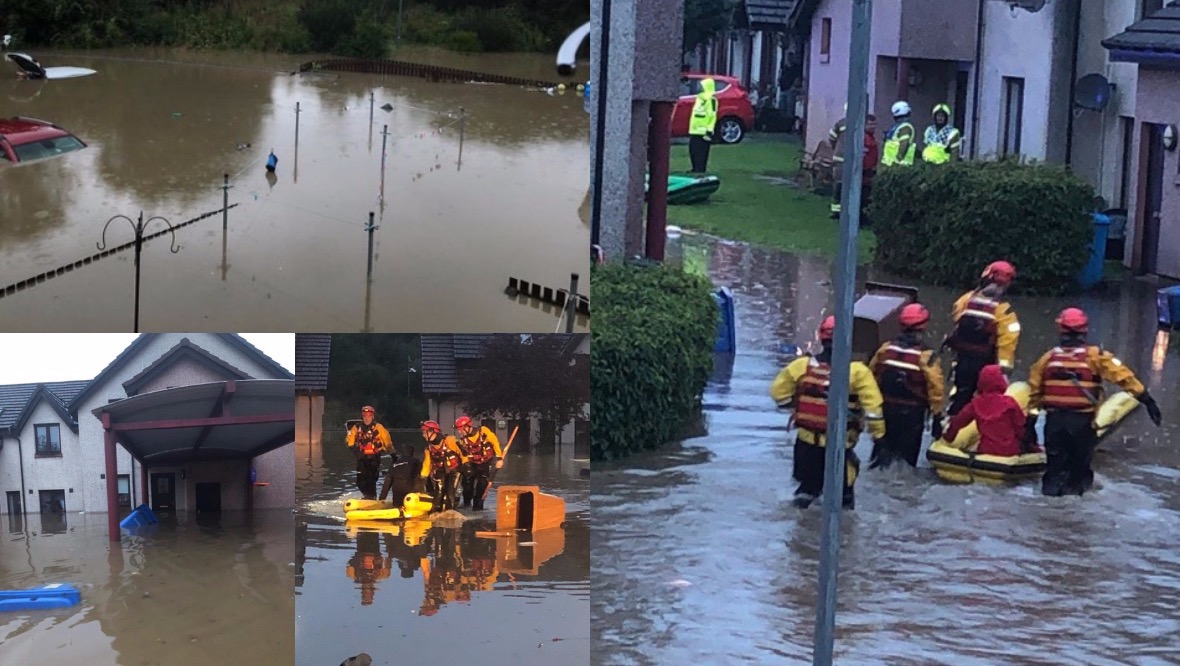 A number of residents had to be rescued from their homes after severe flooding in West Lothian.

Emergency services were alerted on Thursday evening as heavy rain swept across parts of the country.

The Scottish Fire and Rescue Service (SFRS) mobilised its water unit to Broxburn’s Pyothall Court and used boats to transport residents from 14 affected properties to safety.

Pumpherston Community Council initially believed the incident was caused by a burst canal, however Scottish Canals later stated the flooding was caused by surface water runoff that overloaded local watercourses.

Aimee Miller posted a video of the rescue onto Twitter, showing cars almost submerged by water.

Rescue crews were also called out to incidents across Linlithgow, Ratho and other areas.

A SFRS spokesperson said: “We were alerted from around 6.30pm on Thursday, August 27, to reports of significant flooding affecting parts of West Lothian due to heavy rain.

“Firefighters were in attendance at a number of incidents across Broxburn, Linlithgow, Ratho and other areas.

“Water rescue teams mobilised to Pyothall Court, in Broxburn, and we assisted in the rescue of a number of residents from 14 affected properties.”

Scottish Canals said its network remained safe throughout the incident. Further inspections are being carried out to check for any damage.

A spokesperson said: “After carrying out inspections of the Union Canal we are confident that the flooding which took place in Broxburn last night was the result of heavy rainfall and surface water runoff that overloaded local watercourses and was not caused by water leaking from, or overtopping, the canal.

“We are carrying out detailed inspections today across the area and we continue to work with West Lothian Council and other partners to ensure a joined up approach.”

Elsewhere in the central belt, trains were cancelled and roads closed because of flooding.

ScotRail urged passengers to check their journeys before travelling and to consider alternative transport where possible.

Flooding also caused signalling problems at the nearby Bellgrove Station.

On Friday morning, Network Rail Scotland reported that pumps were able to reduce the water level, allowing engineers to fix the fault.

A spokesperson said: “Trains are now able to run.”

London Road and Tollcross Road were closed between Mauchinfauld Road and Braidfauld Street shortly before 5.30pm on Thursday.