The quirky PETA advert shows Toby the turkey escape from a lorry and wind up living with a loving family. 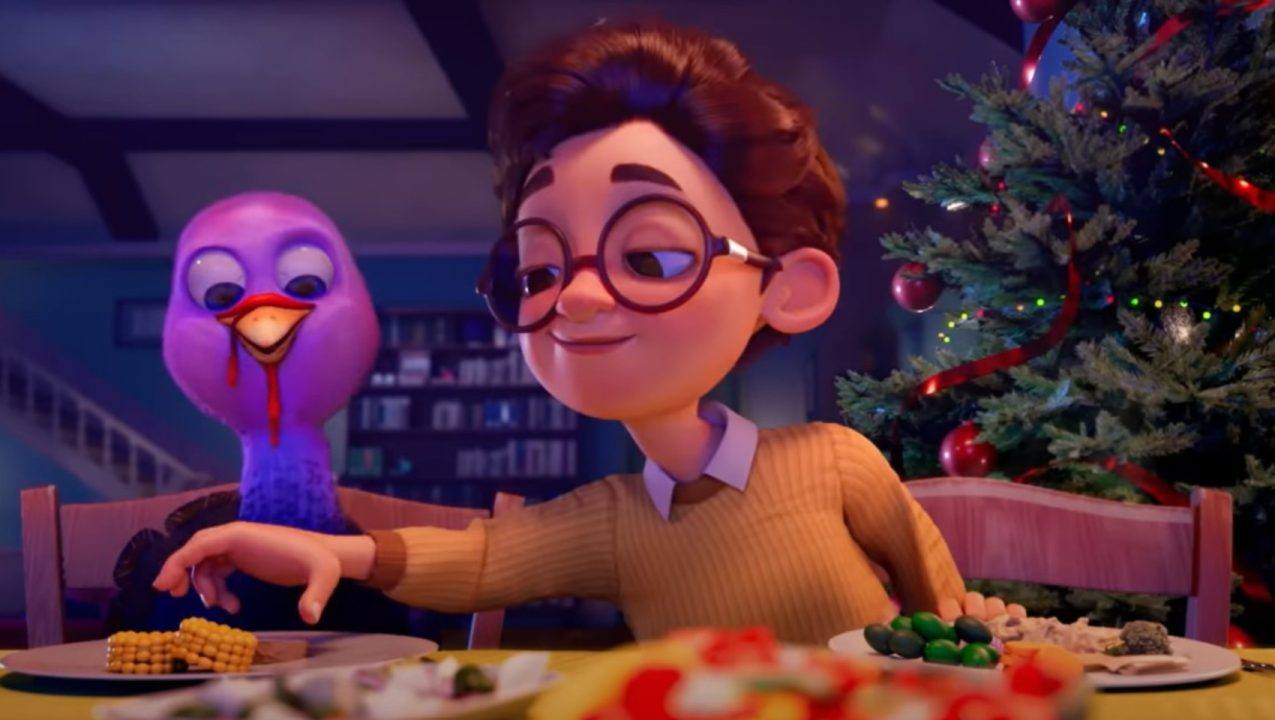 A rescued turkey winds up “at the table, not on it” in a new Christmas advert urging Scots to go vegan.

Launched by People for the Ethical Treatment of Animals (PETA), the two-minute clip aims to “open viewers’ eyes to the smart, sociable birds who often end up on a carving board”.

Made with creative agency Dream Farm, the advert tells the story of baby turkey Toby’s escape from a lorry bound for an abattoir.

Toby is flung off the lorry by his mother, who presumably winds up as dinner herself – whereas he is rescued by a family and winds up as a beloved pet “at the table, not on it”.

The ad concludes with a message from PETA: “Peace on Earth begins at home. Have a vegan Christmas.”

It will be shown in Scottish cinemas – including Vue, Cineworld, and ODEON branches – throughout the festive season.

“Turkeys like Toby are gentle, gracious, and gregarious individuals, and each one has a story that should not end on a fork,” said PETA vice president of programmes, Elisa Allen.

“PETA urges compassionate Scots to share comfort and joy this Christmas by enjoying a delicious vegan feast. We stand ready to help with our free vegan starter kit.”

The organisation claimed that millions of turkeys “suffer and die” for the UK’s Christmas dinners each year, and urged viewers to embrace a vegan meal this festive season.