Around 100,000 supporters travelled to Spain for the Europa League final. 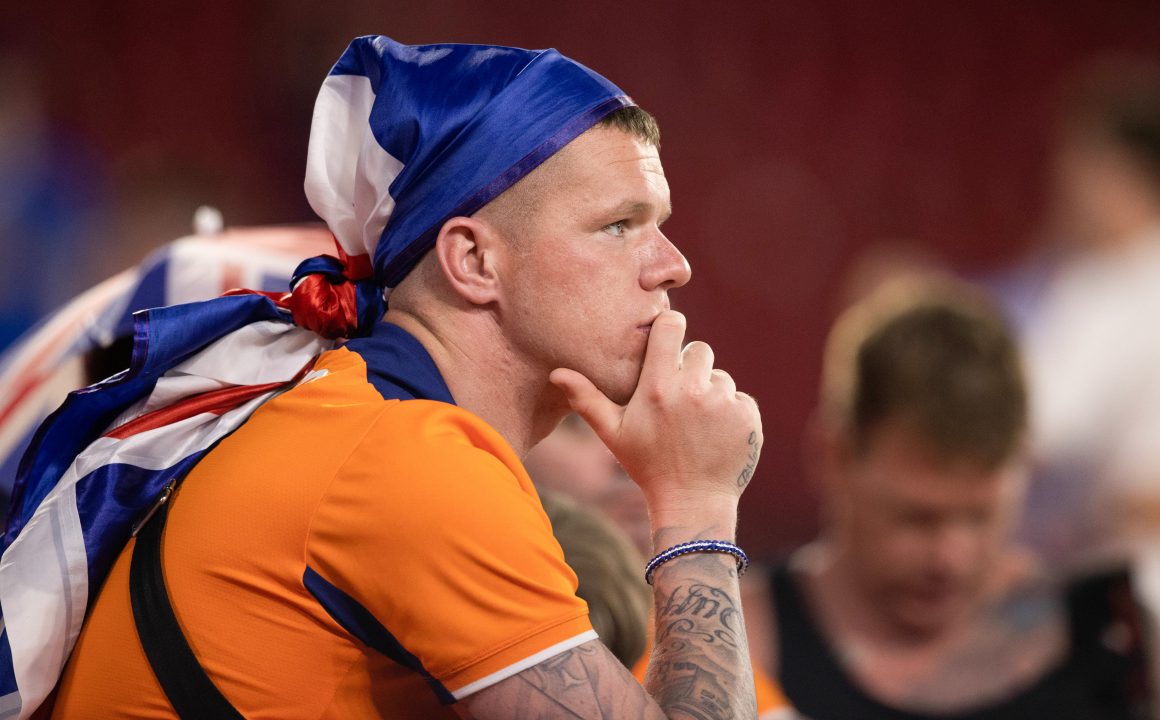 Tens of thousands of Rangers fans are beginning the journey home to Scotland after their Europa League final ended in disappointment.

The Scots lost to German Bundesliga side Eintracht Frankfurt on penalties after a 1-1 draw in Seville on Wednesday night.

Around 100,000 Rangers fans were thought to have travelled to Spain – getting there by planes, trains and automobiles.

The club was only given 9500 official tickets by UEFA, but many thousands more made it into the Ramón Sánchez Pizjuán Stadium.

Ryan Kent saw a golden chance to win the tie in the final seconds of extra-time saved by Kevin Trapp, who then stopped Aaron Ramsey’s penalty in the shoot-out.

Despite their disappointment, fans leaving the stadium said they were proud of their team’s efforts.

Meanwhile, thousands of others gathered in pubs across Glasgow, where they spent the night riding an emotional rollercoaster.

One supporter told STV News: “I’m so proud of the players, they deserve a pat on the back, what an occasion.”

Rangers fans will now turn their attention to Hampden for the Scottish Cup final against Hearts on Saturday.

Manager Giovanni van Bronckhorst is determined for his players to finish the season on a high.

“It’s up to us to look ahead,” the Dutchman said. “It feels difficult but we have to. We have a big game on Saturday against Hearts for the cup. But we are very, very disappointed.”