Rail workers will go on strike during COP26 conference in Glasgow 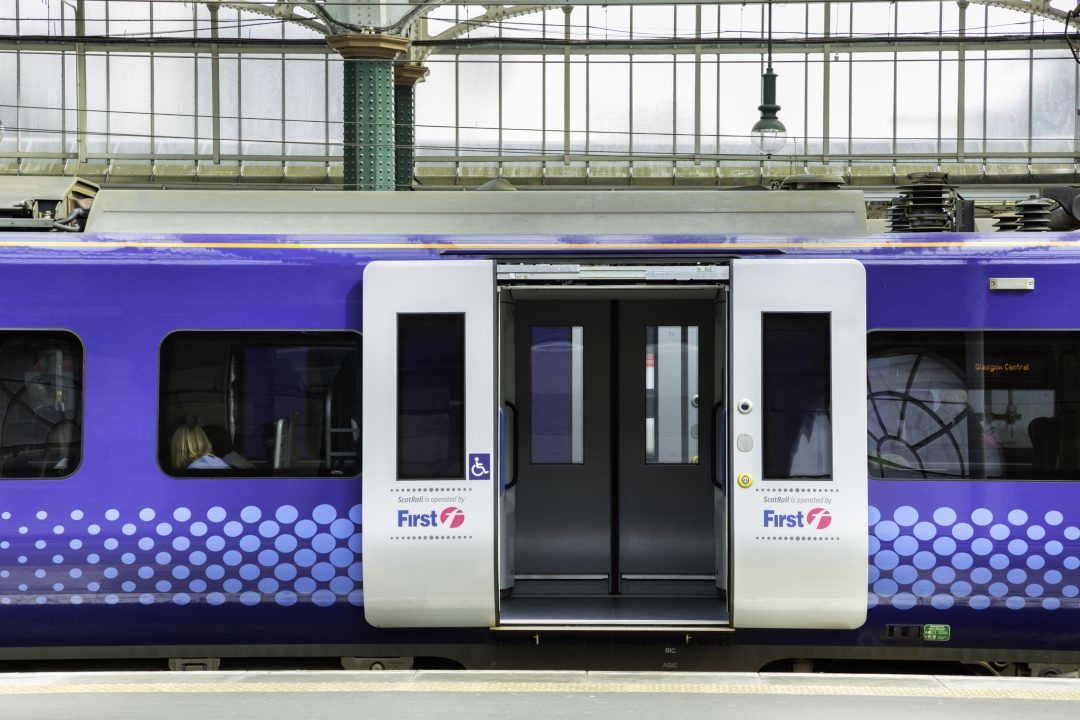 Rail workers will go on strike – shutting down train services across Scotland during the COP26 global climate conference, the RMT union has confirmed.

Announcing the plans on Thursday, the union said staff on the frontline of providing green transport alternatives would close rail services over the pay dispute.

The move follows members voting overwhelmingly for industrial action, with 84% balloting to strike.

The union said more than two thousand members, across all grades, were involved.

RMT general secretary Mick Lynch said: “Both Scotrail and the Caledonian Sleeper have had adequate time to come up with a fair pay settlement for Scotland’s rail workers in advance of COP26. Instead they have kicked the can down the road and left us with no option but to put this action on today.

“We know that these strikes will close rail services in Scotland but the blame for that lies with Abellio, SERCO and the political leadership at Holyrood.

“It’s time for all parties to take their rail workers seriously, get back round the table and give these staff at the front line of our green transport services the justice, respect and reward they deserve.”

This week, Scotrail offered staff a pay rise in a bid to stop strikes during COP26 following RMT’s ballot.

It is understood an offer of an initial 2.5% backdated to April this year, with an additional 2.2% promised in April 2022, had been made.

Transport Scotland called the offer “significant” and hoped unions would consider and accept it.

Scotrail has been involved in talks with the four rail trade unions, RMT, Unite, ASLEF (Associated Society of Locomotive Engineers and Firemen) and TSSA (Transport Salaried Staffs’ Association), for weeks.

Engineers represented by Unite are currently being balloted on a new offer and have suspended industrial action until the vote closes on October 25.

Scottish Conservative shadow transport minister Graham Simpson MSP, said: “The eyes of the world are set to be on Glasgow in a matter of weeks. World leaders and delegates arriving in the city to take action to tackle the climate emergency will be greeted by rail services that have ground to a halt.

“SNP Ministers must urgently redouble their efforts and work with all parties to find a solution once and for all. These strikes are now threatening to cast a shadow over COP26.”

A ScotRail spokesperson said: “It’s extremely disappointing that the RMT have opted to continue with this highly damaging strike action, particularly when a pay offer, negotiated over several weeks, has been made to the trade unions.

“We’re seeing customers gradually return to Scotland’s Railway, but the scale of the financial situation ScotRail is facing is stark.

“To build a more sustainable and greener railway for the future and reduce the burden on the taxpayer, we need to change. All of us in the railway – management, staff, trade unions, suppliers, and government – need to work together to modernise the railway so that it is fit for the future.”

From March next year, ScotRail will be nationalised after the current franchise with Abellio ends.

A Transport Scotland spokesperson said: “We welcome the constructive talks which have taken place between all parties.

“A significant offer has been made by employers since this RMT ballot opened and we understand that the RMT will now ballot its membership again on the substance of this offer.

“We hope that RMT members and the other unions will agree and accept this offer, putting to an end existing and proposed industrial disputes and action.

“Rail workers have played their part in keeping the country moving through the pandemic and we are sure that they will see the importance of the moment and the role they can play in showing the best Scotland’s Railway has to offer as we welcome world leaders from across the globe to COP26.”