His official plane, a Boeing 737-900BBJ, skidded on the tarmac as it was leaving. 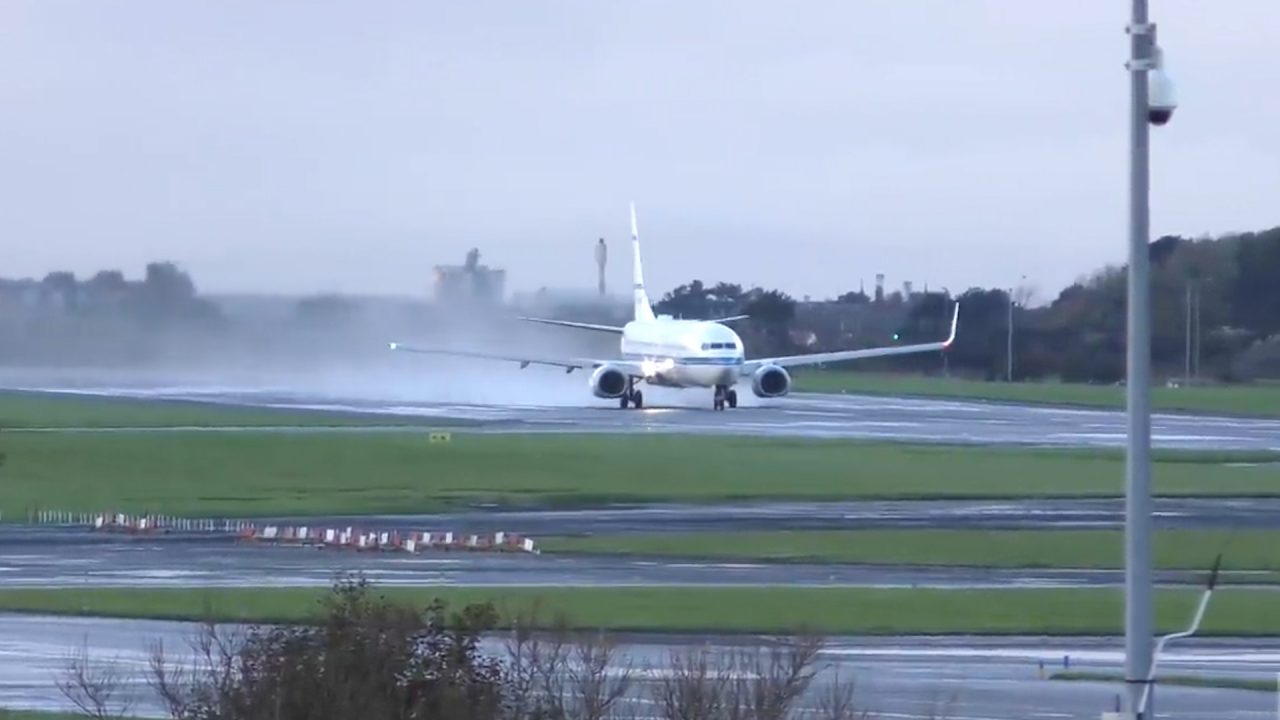 This is the shocking moment the Prime Minister of Kuwait’s plane hit the runway as it left COP26.

Sheik Sabah Al-Khalid Al-Sabah, the head of the Gulf state’s government flew into Glasgow Prestwick Airport, in Ayrshire, on October 31.

He was dropped off at the airport and then ferried off to climate talks in Glasgow while his plane flew off to Birmingham.

But aviation enthusiast Daniel Sander, 22, from Prestwick, caught the moment his official plane, a Boeing 737-900BBJ, skidded on the tarmac as it was leaving.

Daniel, who works as a shop assistant, said: “It departed to Birmingham to park for a few days.

“The plane has went up and usually, it would rotate a certain angle. But it went too steep.

“It’s basically a tail strike, even though it hit the tail skid, the tail has hit the runway.

“If it had been any steeper it would have been more than just a tail strike.

“It could mean the fuselage would be damaged, so it might not be able to continue the flight safely or it might not pressurise the cabin properly.

“So it could be something very serious.”

It is understood the plane was not damaged in the accident and landed in Birmingham as scheduled.