Liz Truss pays tribute to Queen and says: 'God save the King'

The Prime Minister addressed the nation outside Downing Street following news of the Queen's passing. 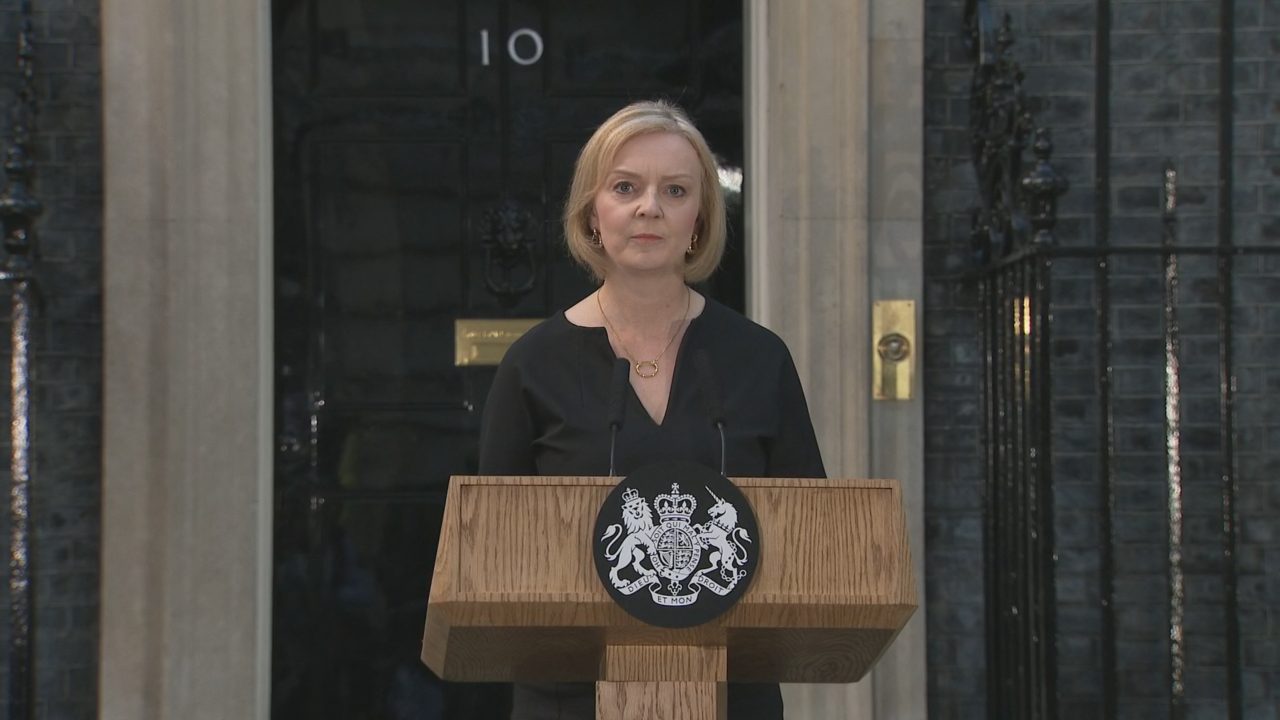 Prime Minister Liz Truss has said that the death of the Queen is a “huge shock to the nation and to the world”.

Truss addressed the British public at Downing Street following the announcement of the Queen’s death at the age of 96.

The Queen appointed Truss as her 15th Prime Minister on Tuesday.

“We’re all devastated by the news that we have just heard from Balmoral,” said Truss.

“The death of Her Majesty the Queen is a huge shock to the nation and to the world.

“Queen Elizabeth II was the rock on which modern Britain was built. Our country has grown and flourished under her reign.”

Truss said that the people of the UK must come together to support King Charles, taking the name Charles III.

She said: “Today, the Crown passes as it has done for more than a thousand years to our new monarch, our new head of state, His Majesty King Charles III.

“With the King’s family, we mourn the loss of his mother and as we mourn, we must come together as a people to support him, to help him bear the awesome responsibility that he now carries for us all.

“We offer him our loyalty and devotion, just as his mother devoted so much to so many for so long.

“And with the passing of the second Elizabethan age, we usher in a new era in the magnificent history of our great country, exactly as Her Majesty would have wished by saying the words, ‘God Save the King’.”