Lord Advocate says a recorded police warning for possession offences is 'appropriate' for all classes of drugs. 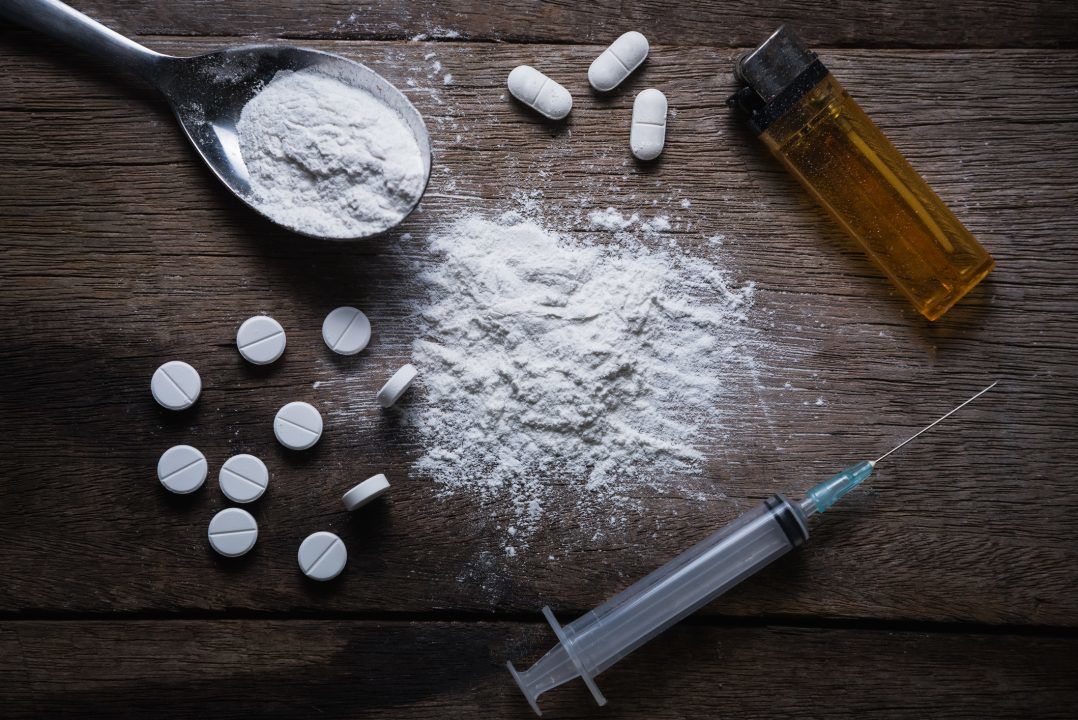 People found in possession of Class A drugs for personal use can now be issued with a recorded police warning instead of facing automatic prosecution, following a review of guidance by the Lord Advocate.

Dorothy Bain QC, who was appointed Scotland’s most senior law officer in June, told MSPs on Wednesday that she had decided to implement an extension of recorded police warning guidelines.

She said the move does not amount to decriminalisation for the possession of Class A drugs, which include crack cocaine, cocaine, ecstasy (MDMA), heroin, LSD, magic mushrooms, methadone and methamphetamine (crystal meth).

The recorded police warning scheme enables officers to deal with a wide range of low level offences by issuing a warning on the spot or retrospectively, in the form of a notice.

The guidelines previously permitted the police to issue such warnings for possession of Class B and C drugs.

But the guidance has changed following a review ordered by previous lord advocate James Wolffe QC.

Bain said: “I have considered the review and I have decided that an extension of the recorded police warning guidelines to include possession offences for Class A drugs is appropriate.

“Police officers may, therefore, choose to issue a recorded police warning for simple possession offences for all classes of drugs.”

Bain said the scheme extends to drug possession offences only, and not supply.

Officers will retain the ability to report appropriate cases to the procurator fiscal, while accused persons retain the right to reject the offer of a warning.

The announcement comes after drug deaths hit a record high in Scotland during the coronavirus pandemic.

Figures published by the National Records of Scotland (NRS) in July revealed 1339 drug-related deaths in 2020 – a 5% increase on the previous year’s statistics and the largest number since records began in 1996.

Scotland continues to have the worst drug death rate in Europe, with 21.2 deaths per 1000 of the population, more than three-and-a-half times higher than the rest of the UK.

Bain said that a warning or fine may be an “appropriate, proportionate response” for some people caught in supply of Class A drugs.

She said approximately two thirds of people reported to the Crown Office and Procurator Fiscal Service, where the only offence reported is possession of drugs, are dealt with by alternatives to prosecution – mainly by being offered a financial penalty.

She said: “Any alternative to prosecution: warnings, fines or diversion, are offers only. An accused person always has the right to reject such an offer and there will be cases where prosecution is the appropriate response in the public interest.

“Where an accused person is subsequently found guilty, the courts, in turn, have a range of sentencing disposals appropriate to the individual accused and offence.

“The range of options available to police, prosecutors and courts reflects the fact that in Scotland there is no one size fits all response to an individual found in possession of a controlled substance or an individual dependent on drugs.”

The move, which remains dependent on the discretion of individual officers and could still see those in possession of drugs prosecuted, has been called “de facto de-criminalisation” by the Scottish Tories.

Scottish Tory MSP Jamie Greene said it would not help to address the needs of drug users.

“Scotland’s drug deaths crisis is our national shame, but surely the way to tackle it is by improving access to treatment and rehabilitation,” he said.

“The answer to our drug deaths crisis is treatment, not de facto de-criminalisation by the back door, as is the case today.”

Labour MSP Clare Baker welcomed the change, and asked if the announcement would help with the establishment of safe consumption rooms – which would allow drug users a place to go to take drugs and potentially even supply them with substances.

The Lord Advocate said the change to the guidance was “entirely different” to the proposed safe consumption rooms, which would require a waiver from the UK Government to the Misuse of Drugs Act 1971 to ensure users and staff were not criminalised.

Assistant chief constable Gary Ritchie, head of drug strategy at Police Scotland, said the Lord Advocate’s decision “gives officers another tool to support those at risk of becoming vulnerable in our communities”.

He said: “A recorded police warning is still a criminal justice disposal, which remains on a person’s criminal record.

“They are used to address low level offending. Issuing such a warning is not the only option available to officers dealing with people in these circumstances and officers can use their discretion to determine the best course of action.”

Ritchie said recorded police warnings would be “inappropriate for persistent or serious offenders”, adding they will still be reported to the Crown Office and Procurator Fiscal Service.

He said: “Alongside our focus on improving the safety and wellbeing of Scotland’s people, places and communities through our harm reduction work, we remain steadfastly committed to tackling those who bring misery to our communities by dealing drugs and taking advantage of people who are at their most vulnerable.

“We continue to work alongside UK partners to make Scotland a hostile environment for serious and organised crime.

“Police Scotland is already engaged in further innovations to address the country’s drug death figures, including the Naloxone test of change. We continue to explore further new approaches with our partners in order to improve the safety and wellbeing of Scotland’s people, places and communities.”