St Andrew's House lit up and the pipers played as part of the tribute, which kicked off at 8pm. 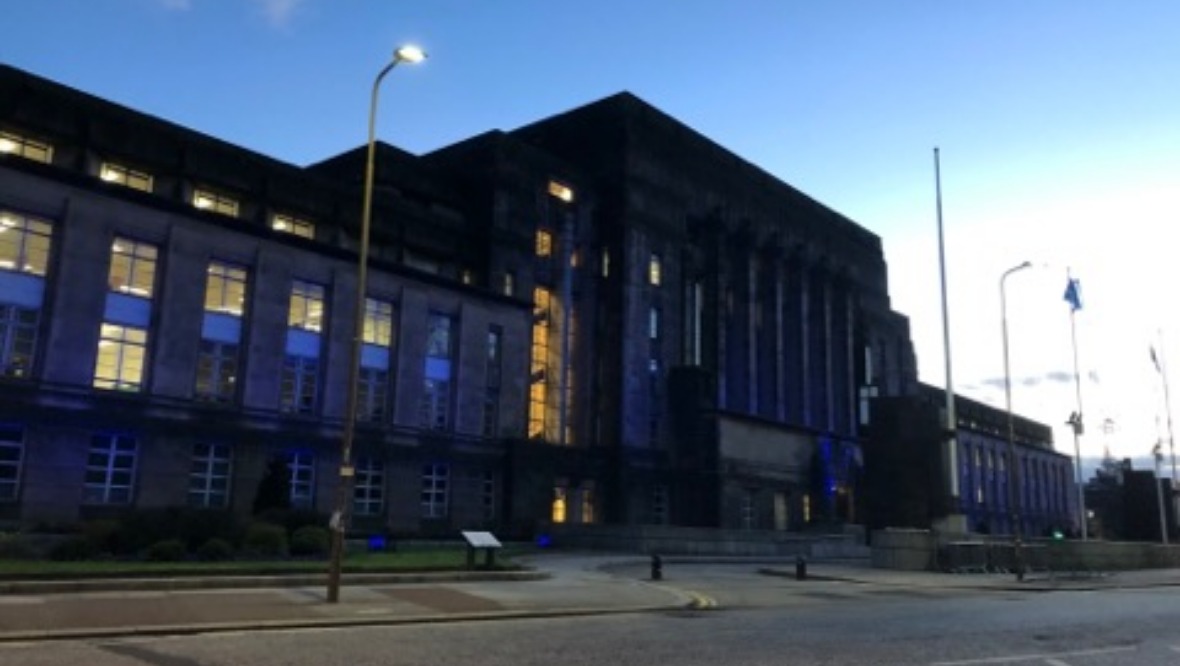 Pipers played a rousing rendition of Scotland the Brave in honour of those fighting the coronavirus pandemic on the front line.

The tribute kicked off in tandem with the second national applause, organised as part of the Clap for our Carers campaign, at 8pm on Thursday.

Bagpipes were played in gardens, at front doors and in living rooms, as appreciation for key workers – including NHS staff, emergency services, teachers and public service staff – was shown across Scotland.

The idea to ‘pipe up for key workers’ was first put forward by the National Piping Centre.

The centre, which supports the study and history of piping in Scotland, said the famous tune would “demonstrate the gratitude to key workers across the nation”.

It also hoped it would support “those who are helping to fight the Covid-19 pandemic, as well as hopefully fortifying them to carry on through this tough time.”

St Andrew’s House in Edinburgh, the headquarters of the Scottish Government, lit up in blue in recognition of what First Minister Nicola Sturgeon earlier described as “the extraordinary contribution of our health and social care workforce.”

Last Thursday, Scotland united to applaud NHS staff and other key workers for the part they are playing in the fight against coronavirus.

The Clap for Our Carers initiative has now become a weekly event across the United Kingdom.