Parts of Scotland braced for -15C temperatures amid cold snap

Recent days have seen the coldest weather in Scotland for nearly two years and Thursday night could be even colder. 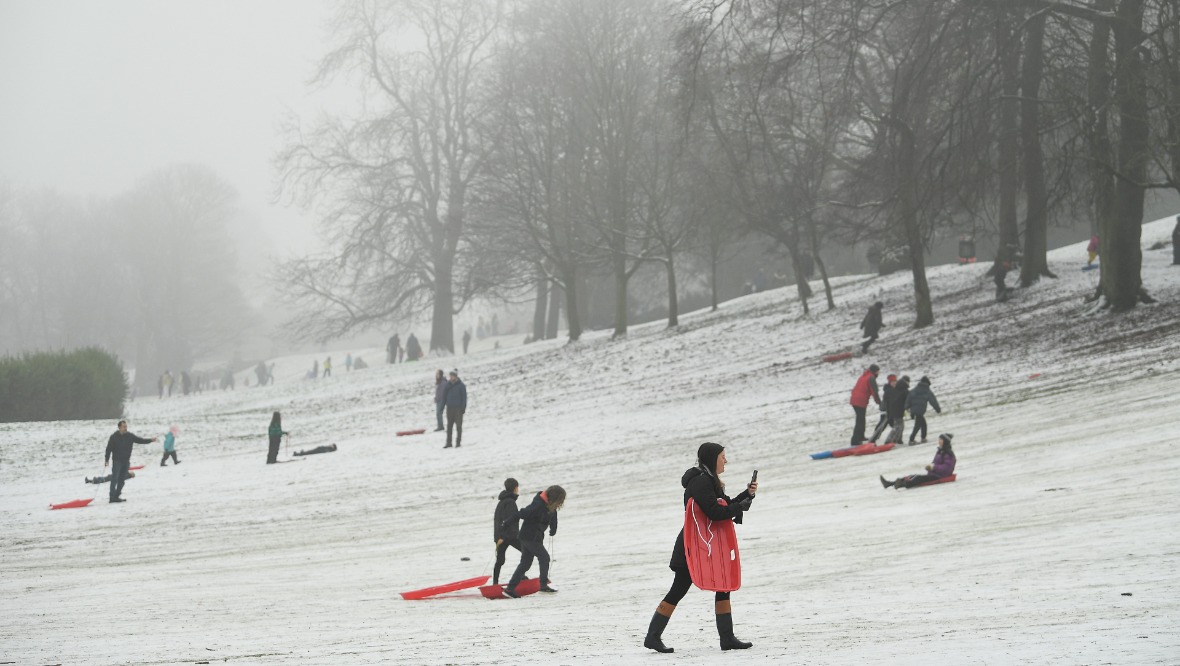 Warnings have been issued for parts of Scotland as temperatures are forecast to drop as low as -15C overnight.

Much of the country was hit by a band of snow on Thursday morning and an even colder pool of air is moving down from Greenland, which will bring biting temperatures overnight and a broader area of sleet and snow on Friday.

STV meteorologist Seán Batty says recent days have seen the coldest weather in Scotland for nearly two years, adding that Thursday night could be even colder.

He said: “The cold weather has lasted since around Christmas and it’s in its final throes now, but before it leaves us it’s going to take a big bite of the cold cherry with some big temperature extremes tonight and on Friday night.

“The mercury bottomed out at -11.2C on Thursday morning at Loch Glascarnoch in the north Highlands, and -12.3C at the same location on Tuesday morning.

“This is the coldest weather we’ve had in Scotland for nearly two years. I reckon tonight could be even colder with the possibility of -15C in a few glens of Lochaber Ardnamurchan and North Lorn. Unlikely, but if it fell below -15.4C tonight, that would be our coldest conditions since the frigid January of 2010.”

A further weather warning for snow has been put in place for Friday for parts of the northeast, Highlands and Islands.

Traffic Scotland has urged motorists to be careful while travelling on roads.

Seán said: “Most of the country will feel the severe chill tonight, even in the towns and cities further south. I think some of our coldest spots in the south will be across Glasgow, Renfrewshire, East Ayrshire and Lanarkshire. I’m going for a low of around -8C in the coldest parts of Renfrewshire and East Ayrshire, and again this could make it our coldest conditions in these areas for several years.

“Most areas will stay below freezing all day on Friday, and the biggest chill could actually come on Friday night and into Saturday morning in southern and eastern Scotland. Again lows of -15C are possible, this time more likely in the eastern Grampians in the Deeside area.

“In central and southern Scotland the mercury will widely drop -3 to -5C. Again the usual colder spots could reach closer to -10C, especially where there is snow cover.

“Mother Nature takes her foot off the cold pedal on Saturday with milder conditions moving into the north and west, where temperatures could hit 8C in the Northern Isles and Western Isles. Glasgow, Edinburgh, Dundee, Perth and Aberdeen will stay in the chillier air unit Sunday.”