The Alloa-born swimmer is the first British athlete to win four medals at a single Olympics. 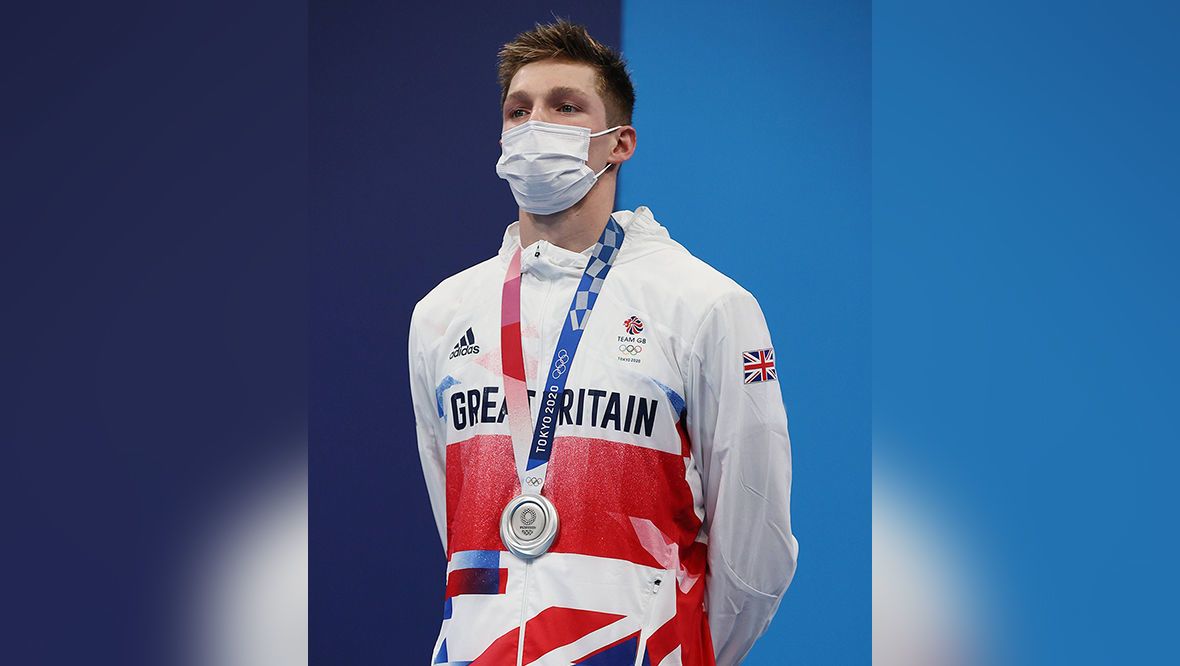 The parents of Olympic champion Duncan Scott are over the moon following his record-breaking medal haul at Tokyo 2020.

Alloa-born Scott is the first British athlete to win four medals at a single Olympics.

His parents, Nigel Scott and Joy Macnaughton, told STV News the swimmer’s three silvers and one gold have come after years of hard work.

“This has come after a lot of training, a lot of preparation, a lot of development, and it’s lovely to see it happening, so yeah, really pleased for him.”

The champ’s family watched the Games at home, saying it was “great to watch”.

Mr Scott added: “We’ve tended not to go out to the big events, because frankly it’s too costly.

“But we’re quite good at watching him from home, but that doesn’t stop it from being nail-biting, I have to say.

“And trying to live in Tokyo time for a week has been a bit challenging. We’re a bit shattered from that too.”

The couple said they’ve not had much contact with their son, who likes to shut himself off during competitions.

Mr Scott agreed, stating: “We’ve been used to that, and in fact I think it helps him because he gets in the zone.”

Scott won gold in the men’s 4x200m freestyle relay and silver in the solo event.

He also won silver in the 200m individual medley and in the men’s 4×100m medley relay.

The family plan to celebrate when he returns home.

Mr Scott added: “Yeah, we tend to go and get something to eat, go and have a meal together and, you know, get the family together and chat, and get Duncan to chat.”