Over 65s to get first coronavirus vaccine dose by March

Health secretary says 80% of care home residents have received their first dose of a coronavirus vaccine. 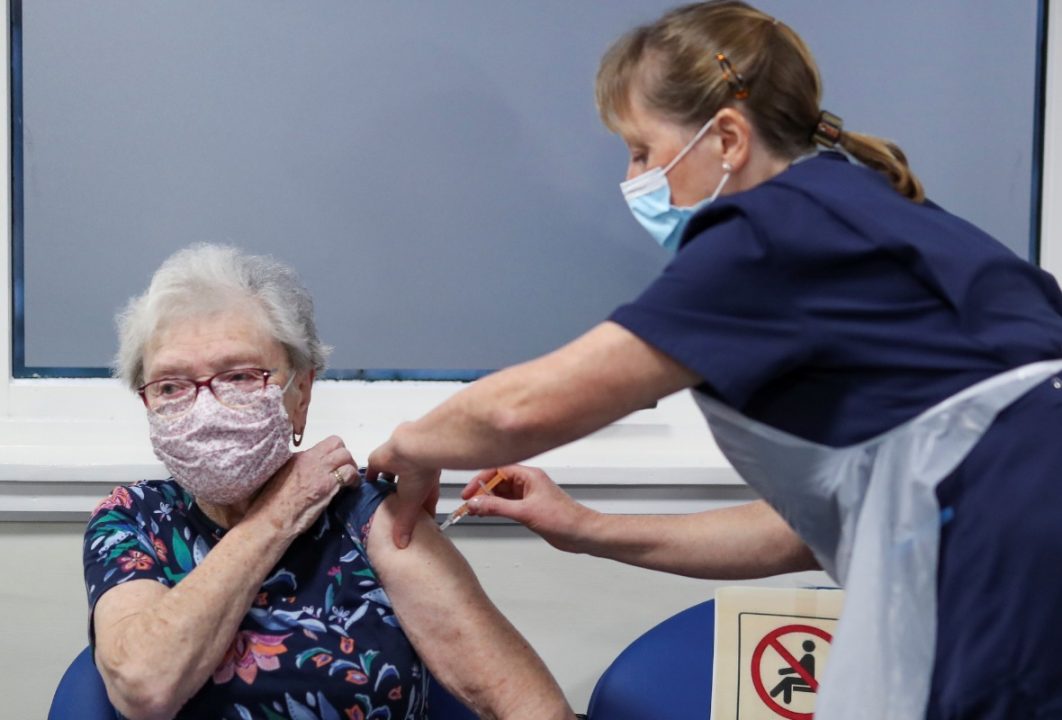 All over 65s in Scotland should be offered their first dose of a coronavirus vaccine by the beginning of March, the health secretary has said.

People who are clinically extremely vulnerable should also have received the vaccine by then.

Jabs could be administered around the clock once mass vaccination centres are set up across the country.

Three vaccines have been approved for use in the UK – those developed by Pfizer, Oxford/AstraZeneca and Moderna.

Jeane Freeman said 191,965 people have received their first dose and 2090 their second dose, by Wednesday morning.

She told parliament that 80% of care home residents had received their first dose and that the first two priority groups – including over 80s and frontline health workers – would get a vaccine by the first week of February.

Freeman said: “Between December 8, when we began national vaccination programme until January 12, we have given first-dose vaccination to just over 80% of care home residents and 55% of care home staff, just under 52% of frontline NHS and social care staff and, in the eight days since January 4, just over 2% of those aged 80 and over living in the community, a programme that is scaling up rapidly from this week.

“By the first week in February, we will complete 100% first-dose vaccination for all those groups.”

Mass vaccination centres will be set up at P&J Live in Aberdeen, Ravenscraig sports facility, Queen Margaret University and Edinburgh International Conference Centre, with others to be announced.

Meanwhile, Premiership leaders Rangers have written to the UK and Scottish governments offering Ibrox stadium as a venue for vaccinations.

Freeman told parliament that the government was planning for a weekly average of 400,000 Covid-19 vaccinations by the end of February.

She said, as of Wednesday, Scotland had been allocated 562,125 vaccine doses and, of these, 365,000 have arrived in vaccination centres, to health boards or to GPs.

A further 155,025 doses of the Pfizer vaccine and 42,100 of the Oxford/AstraZeneca vaccine are either in transit or storage, she added.

She said Scotland expects to take delivery of supplies of the Moderna vaccine by the end of April.