One in four Scots women have been victims of 'stalking behaviour'

Ahead of National Stalking Awareness Week, a new survey found that 23% of women in Scotland were victims of stalking. 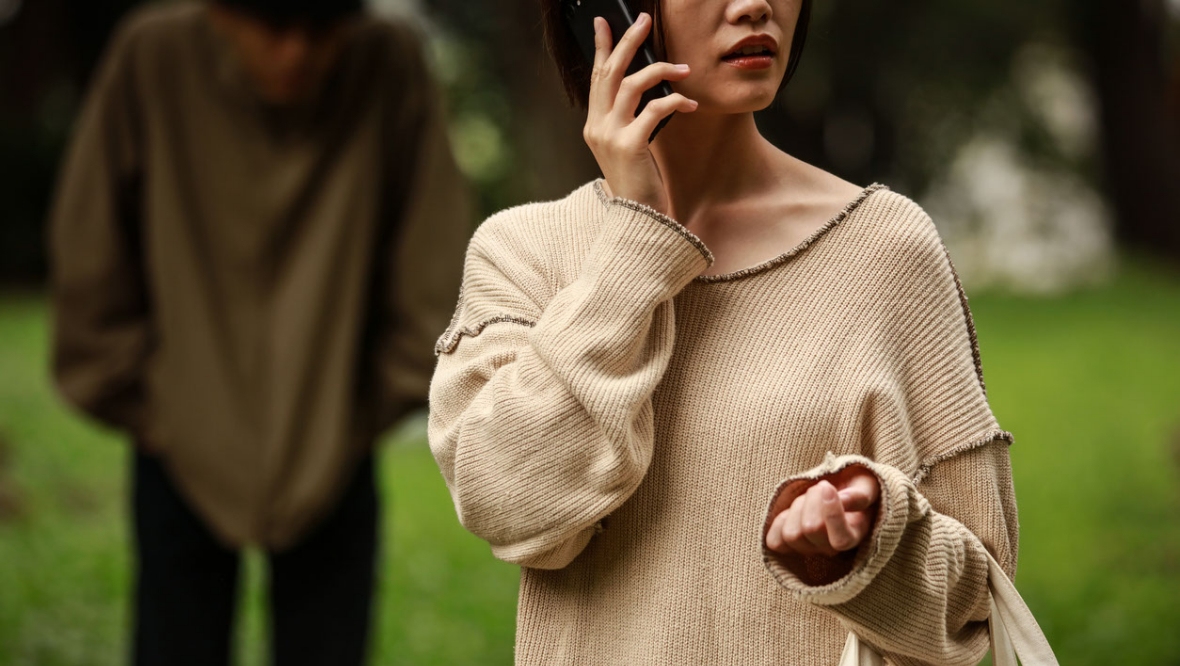 One in four women in Scotland have been victims of stalking, according to a new survey.

Ahead of National Stalking Awareness Week, which takes place from April 25-29, Action Against Stalking (AAS) conducted a survey with nearly 2000 people to understand the extent of the issue in Scotland.

The survey, the biggest ever conducted on the issue, found that one in four women (23%) and one in seven men (14%) have experienced stalking behaviour.

The research also revealed that 24% of the victims reported the incidents to the police, while 33% of respondents said reporting the crimes failed to stop them being targeted.

Sixty-eight per cent of the people who said they have been affected by stalking said that it had a “moderate or huge” impact on their mental health.

Some of the comments from victims within the survey ranged from “I now suffer anxiety around unfamiliar men” and “I haven’t socialised since 2008, I keep to myself” to “I don’t trust myself to make new friend” and “I really don’t have a life anymore”.

The care practitioner moved from all the way from Canada to Scotland, but her stalker still finds ways to contact her.

She is sharing her story in hope that others do not have to go through what she has.

“I would get in the car to drive to work and he would try to run me off the road.

“I remember when it, kind of, sort of peaked. I’m standing at the sink, getting my glass of water, and I look out the window and there he is in the middle of the night.

‘Never in my life had I ever felt so vulnerable, in fear of my life’

“I just dropped to the floor. I couldn’t move. I was frozen with fear.

“Never in my life had I ever felt so vulnerable, in fear of my life.”

Ms Morrison said her stalking ordeal has put her off relationships.

She added: “I look at men completely differently now.

“I am perfectly happy single and will probably always stay that way.

AAS chief executive, Ann Moulds, said: “We had anecdotal evidence from our help line that stalking is a far bigger problem than people realise, but these results provide hard evidence that this type of unwanted and criminal behaviour is happening on a massive scale.

“Regardless of gender, stalking is a devastating crime that can have a huge impact on the mental, physical and financial health of victims.

“It’s vital that the public, employers, and institutions understand just how damaging stalking is, and how insidious perpetrators can be.

‘The growth in social media and new technology has undoubtedly fuelled the problem in recent years giving stalkers additional tools to pursue their unwanted behaviours.

“Greater understanding will help make sure victims are believed, supported and directed to expert help like that offered by Action Against Stalking.”

Cabinet secretary for justice, Keith Brown MSP, said: “The Scottish Government recognises the hugely damaging impact that stalking has on its victims.

“In 2010, Scotland was one of the first countries in the world to recognise stalking as a crime in its own right in law.

“We support Action Against Stalking to deliver expert support to victims of stalking and appreciate its efforts to improve both the understanding of, and response to, stalking behaviours.”

Anyone who has been a victim of stalking can get confidential support from Action Against Stalking by calling 0800 820 2427.