Industry leaders have said plans to ban the sale of alcohol indoors and close premises in the Central Belt are a 'hammer blow'. 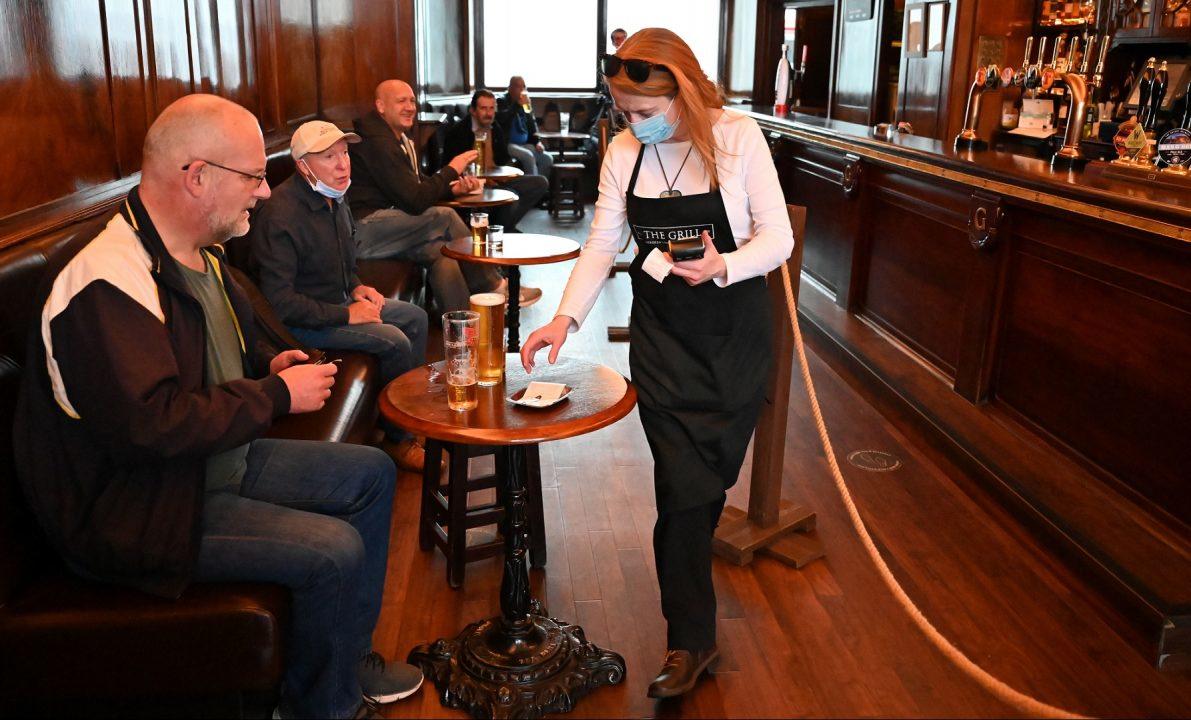 Hospitality leaders have called new restrictions that will see venues shutdown or restricted due to a surge in coronavirus cases “a death sentence” to the industry.

On Wednesday, the First Minister announced a raft of new restrictions in a bid to slow the latest spread of Covid-19 in Scotland.

In an announcement made to the Scottish Parliament, she said all pubs, restaurants and cafes in Scotland must close their indoor premises from 6pm on Friday and will be barred from selling alcohol indoors.

However licensed premises in five central health board areas – Greater Glasgow and Clyde, Lothian, Lanarkshire, Forth Valley and Ayrshire and Arran – will be shut altogether.

The measures are set to last 16 days, ending after October 25.

It follows 1054 new cases of coronavirus across Scotland, the highest daily spike in cases since 806 were recorded on September 29.

The news has been described as “a hammer blow” for the hospitality industry.

‘This may seem a short term, two-week hit, but it is targeted at businesses that are barely clinging on to survival.’

James Withers, chief executive of Scotland Food & Drink said: “We all want to suppress the virus, but there is no getting away from the fact that this is a hammer blow to Scotland’s hospitality sector and the businesses that rely on it.

“The ripple effects for the economy and communities shouldn’t be under-estimated.

“This may seem a short term, two-week hit, but it is targeted at businesses that are barely clinging on to survival.

“Many food and drink producers rely on sales to pubs and the wider hospitality sector. Scotland’s independent brewers sell three quarters of their products to hospitality venues so the closure orders are a huge step backwards for them.”

During her statement, Nicola Sturgeon said that £40m in crisis funding will be made available to businesses impacted by the new restrictions, which the government aims to target at those most in need.

“Critical now will be support for hospitality and it is good to hear of a £40m support package,” Mr Withers added.

“We’ll work with the Government on the detail in the coming days.”

‘The First Minister has effectively signed a death sentence for many businesses across the Scottish hospitality industry.’

Citizens Advice Scotland chief executive Derek Mitchell added: “While the Scottish Government will certainly not have taken today’s decision lightly, there is a real risk to jobs in Scotland’s hospitality sector in particular.

“With furlough ending at the end of the month, it’s right that the Scottish Government has signalled intent to work with at-risk sectors to mitigate job losses as a result of these measures.

“We’d urge all involved to work to deliver these solutions urgently. People across the country are dealing with huge economic uncertainty as a result of the pandemic, and facing a perfect storm as furlough ends while some restrictions return.”

Stephen Montgomery, from the Scottish Hospitality Group, said the industry is “part of the solution” rather than part of the problem, due to safety measures implemented by businesses.

“The First Minister has effectively signed a death sentence for many businesses across the Scottish hospitality industry, while the real problem is socialising at home,” he said

“We have repeatedly implemented the safety measures required by the Government and more to protect our customers and staff. We are part of the solution to combat this virus, not part of the problem.

“This latest blow from the Scottish Government will create fear and anger across our industry. This is not a “short, sharp shock”, rather a crippling stranglehold that will result in many Scottish pubs and restaurants unable to reopen in lockdown areas if this becomes indefinite.

“While some premises may remain open, banning alcohol indoors will mean that many smaller businesses, family operated and at the heart of local Scottish communities, will not survive past winter and the longer-term impact will be felt for years to come.”