Mum ‘elated’ after teen with cerebral palsy can get Covid jab

Vulnerable Scots children aged 12 and over are to be offered the coronavirus vaccine. 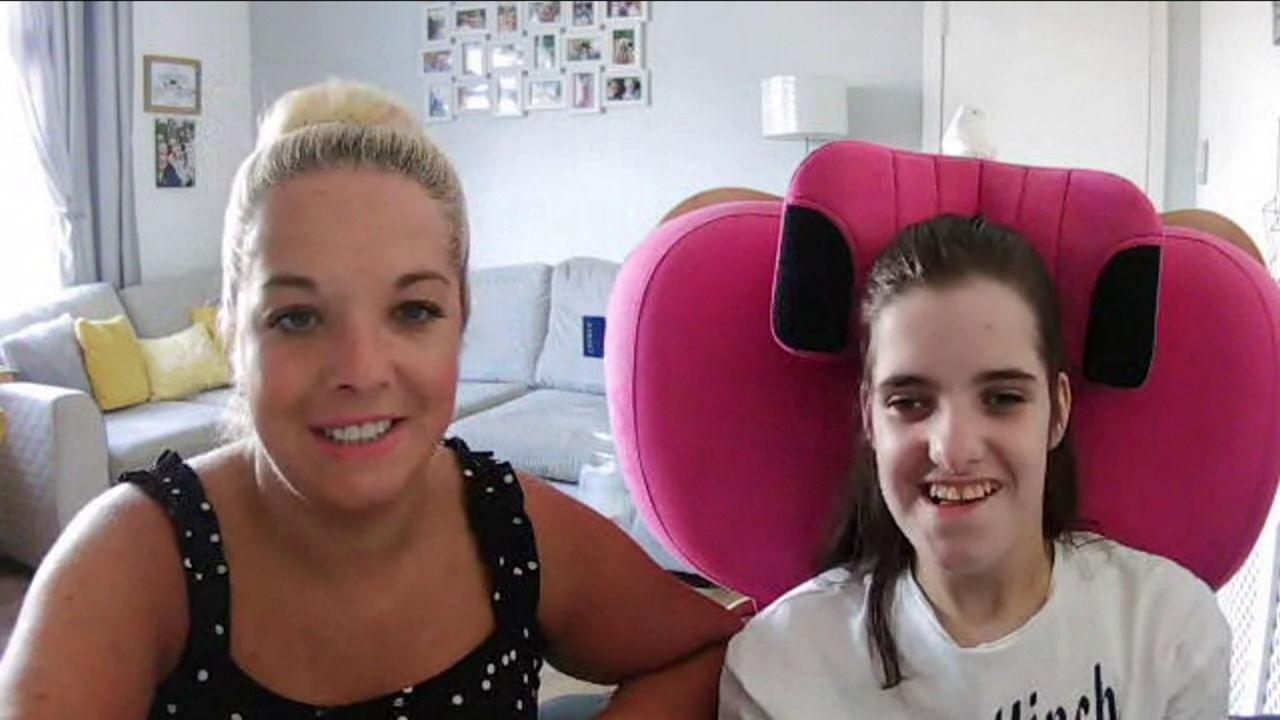 A mum has said she could not believe the news that her teenage daughter with cerebral palsy will finally get the coronavirus vaccine.

Clare Steel said the announcement that work was already underway to invite vulnerable children aged 12 and over to get their Covid-19 jab sounded “too good to be true”.

Katie Steel, 14, has been shielding for more than a year due to her being at higher risk of suffering severe symptoms from the virus.

“I think from June 4, when MHRA (Medicines and Healthcare products Regulatory Agency) had licensed Pfizer for 12-to-15-year-olds…we kept being told the news was imminent,” Clare told STV News.

“I was just elated, I felt relieved… This is a day and news we had been waiting on for months.”

She said that the more than six-week wait was “frustrating” with Katie having already missed out on so much due to her vulnerability.

“We had the kind of freedom day, that’s not happened for families like ours and probably still won’t for the foreseeable,” Clare said.

“I was just elated, I felt relieved, still had obviously reservations, it just felt too good to be true. This is a day and news we had been waiting on for months and just to hear that yesterday we had to go look on the JCVI (Joint Committee on Vaccination and Immunisation) recommendations.”

For Katie, it means she can finally get to Home Bargains to see what stock they have in from her favourite influencer, Mrs Hinch.

She is also looking forward to hugging her grandparents, seeing her friends and getting back to school in the new term.

Clare said the family were looking forward to having a day when they don’t wake up feeling afraid that one of them might catch coronavirus.

“I know you can still catch it when you’ve had your double vaccines but if it doesn’t make you as ill, or your symptoms aren’t as bad, at least to have a wee bit of security,” Clare said.

Kids aged 12 to 15-years-old with certain underlying health conditions that put them at risk of serious coronavirus infections will be offered the vaccine in coming weeks.

Dr Smith said it was “crucial” that they took up the offer.