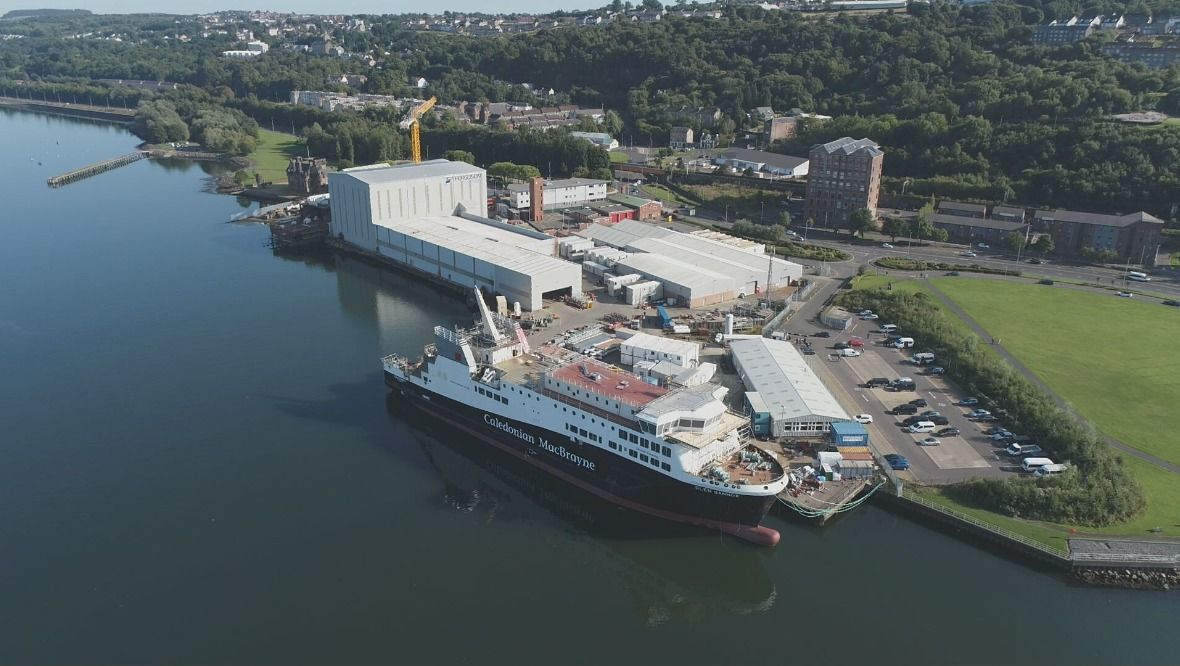 A scathing report by auditors has set out “a multitude of failings” in the delivery of two ferries for Scotland’s island routes which are now almost four years late.

Construction of the dual-fuel ferries, which are meant to serve the Clyde and Hebrides, has been plagued with setbacks since they were first ordered in 2015.

The shipyard in Port Glasgow was taken over by the government in 2019 but the auditors say “significant operational failures” at the yard remain unresolved.

In February this year, MSPs were told the vessels – known as 801 and 802 – needed further remedial work as cables which had been fitted originally were not long enough.

Prior to this, steelwork and pipework on the vessels was found to be behind schedule.

Stephen Boyle, Auditor General for Scotland, said: “The failure to deliver these two ferries, on time and on budget, exposes a multitude of failings.

“A lack of transparent decision-making, a lack of project oversight and no clear understanding of what significant sums of public money have achieved.

“And, crucially, communities still don’t have the lifeline ferries they were promised years ago.”

He continued: “The focus now must be on overcoming significant challenges at the shipyard and completing the vessels as quickly as possible.

“Thoughts must then turn to learning lessons to prevent a repeat of problems on future new vessel projects and other public sector infrastructure projects.”

The report said it was unclear why Ferguson Marine was awarded the contract in 2015 despite the lack of a refund guarantee.

It said the government’s turnaround director identified a number of “significant operational failures” which still need to be fully resolved.

Auditors spoke to workforce representatives, who said the absence of effective planning meant staff were standing idle and usable materials were being scrapped.

They also raised concerns that the high number of senior managers brought in since nationalisation would affect the yard’s competitiveness.

The expected delivery date of the first ferry has been pushed back several times, with Ferguson Marine saying the cable issue will delay the delivery beyond the summer of 2022.

Responding to the report, finance secretary Kate Forbes said the decision to take Ferguson Marine into public ownership remains the correct one.

She said: “Not only did our efforts save the last commercial shipyard on the Clyde from closure, we directly rescued more than 300 jobs and ensured that the two vessels – which are vital for our island communities – will be delivered.

“There is no doubt that getting the vessels completed has been extremely challenging but let me be absolutely clear, these vessels must be delivered as soon as possible.

“There can be no ifs or buts when it comes to lifeline services for our island communities.

“I have made that expectation absolutely clear to the Ferguson Marine leadership and board, and we will continue to work closely with the yard to ensure the vessels enter service as soon as possible.

“The procurement process for vessels 801 and 802 was undertaken thoroughly, in good faith and following appropriate due diligence, and suggestions to the contrary are wrong.”

“Island communities are being left all at sea by the failure to deliver new vessels. Their economies are suffering.

“Meanwhile, the taxpayer is shelling out four times as much as originally expected to get these vessels built.

“This is yet another example of the failed SNP industrial intervention policy.”