A Glasgow street recorded an annual average above the legal limit for fuel pollution, according to Friends of the Earth Scotland. 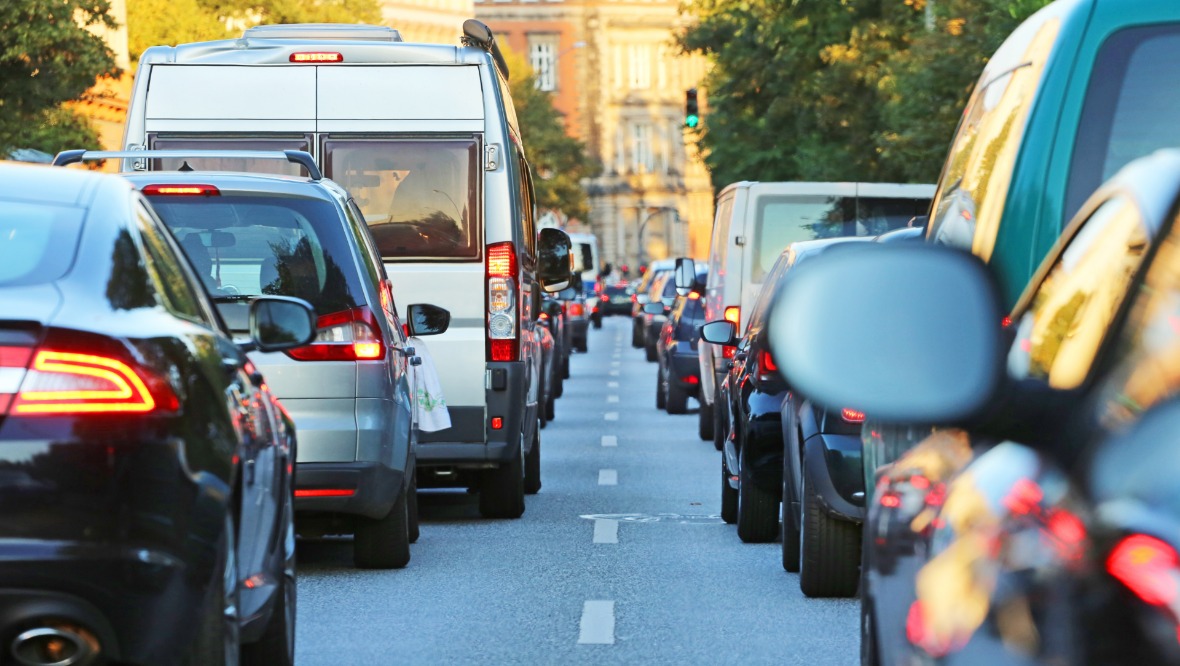 Glasgow’s Hope Street recorded an annual average above the legal limit for fuel pollution, according to Friends of the Earth Scotland.

Other streets across the country also saw a rise in air pollution in 2021 despite further Covid-19 restrictions and people continuing to work from home.

The spike comes after 2020 saw air pollution in Scotland remain within legal limits for the first time.

Legal air quality standards, which came into force in 2010, had previously been breached every year.

The fall came about when the first Covid lockdown removed most vehicles from city centres, where most air quality monitors are situated.

Friends of the Earth Scotland analysed official air pollution data for 2021, looking at two toxic pollutants which are primarily produced by transport – nitrogen dioxide (NO2) and particulate pollution (PM10).

The legal limit for NO2, set by the European Ambient Air Quality Directive, is 40 mcg/m3.

Salamander Street in Edinburgh is the dirtiest street for levels of particulate matter, but at 15.439 mcg/m3 it is below the legal level of 18 mcg/m3.

Gavin Thomson, transport campaigner for Friends of the Earth Scotland, said: “Scotland once again has illegal air quality in 2021, which is shocking but not surprising given the lack of political action on the issue.

“From the evidence we have, virtually every street in Scotland experienced higher levels of pollution in 2021 than the previous year.

“Air pollution from transport is responsible for thousands of premature deaths in Scotland every year, and causes serious heart and lung issues.

“The growing evidence base showing the links between air pollution and vulnerability to Covid-19 is only the latest reason why we have to act to protect public health.

“The Low Emission Zones being introduced will not restrict private cars until summer 2024.

“Meanwhile, with pollution spiking in Perth, we should be asking why only four cities in Scotland are introducing LEZs.

“The temporary improvements in air quality in 2020 arrived at an enormous cost to our communities and societies.