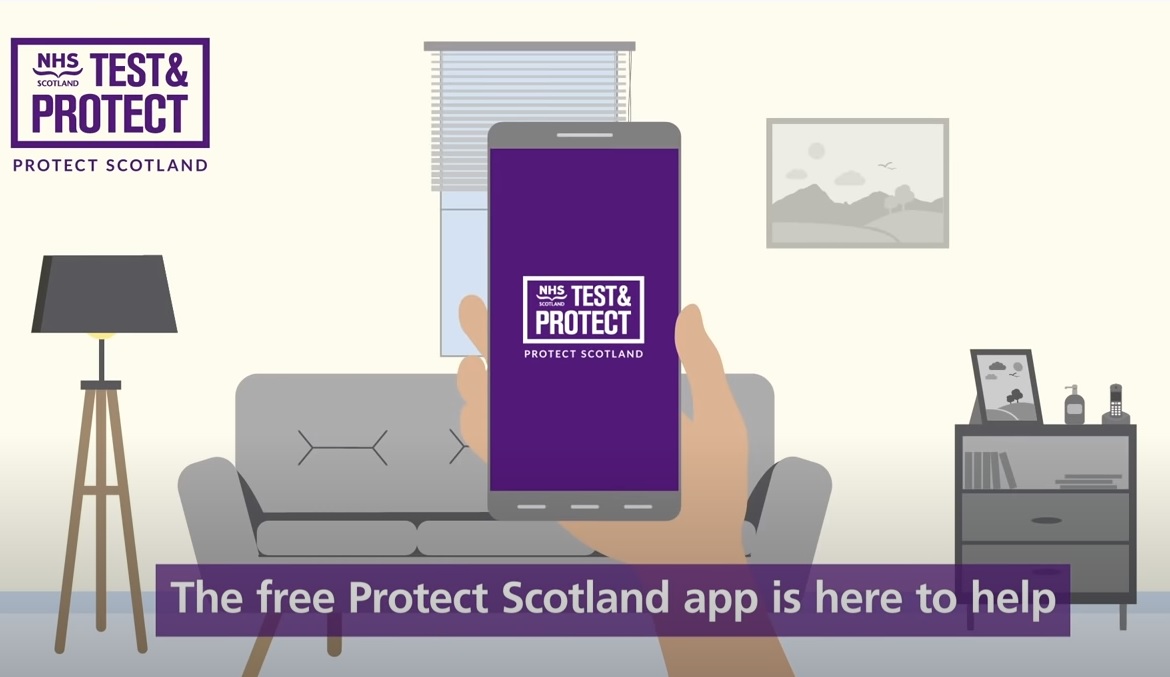 The app is available for free download in the Apple app store or Google Play.

It went live just over 24 hours ago and has already garnered 611,000 downloads and climbing, according to data recorded by the app.

It is designed to alert users if they have been in prolonged close proximity with someone with the virus even if they don’t know each other.

The ‘Protect Scotland’ app does not store details on an individual or their location but uses encrypted, anonymised codes exchanged between smartphones to determine all close contacts.

Close contacts are defined as people who have been within two metres of someone who has tested positive for 15 minutes.

Designed by software developers NearForm for NHS Scotland, it uses the same technology as the Republic of Ireland and Northern Irish proximity tracing apps.

First Minister Nicola Sturgeon has urged Scots to download it, saying the app is a “new way to help fight Covid”.

Experts believe that take-up of a proximity app has to be in the region of 60% of the population for it to be most effective.

If the downloads data is correct, around 13% of Scotland’s population aged 16 or over have already downloaded the free software, which can be found in the Apple app store or on Google Play.

The app requires iPhone users to be using at least the iOS 13 operating system, which is not supported by the iPhone 6 and other older models launched before 2015.

Android users also require to have the Android 6.0 operating system or newer, which was launched in the same year.

The FM has acknowledged not everyone will be able to download the app, and that it is designed to compliment the existing ‘Test and Protect’ regime, which traces contacts by telephone.