Charity The Trussell Trust say that food bank use is ‘set to get worse’ as the cost-of-living crisis deepens. 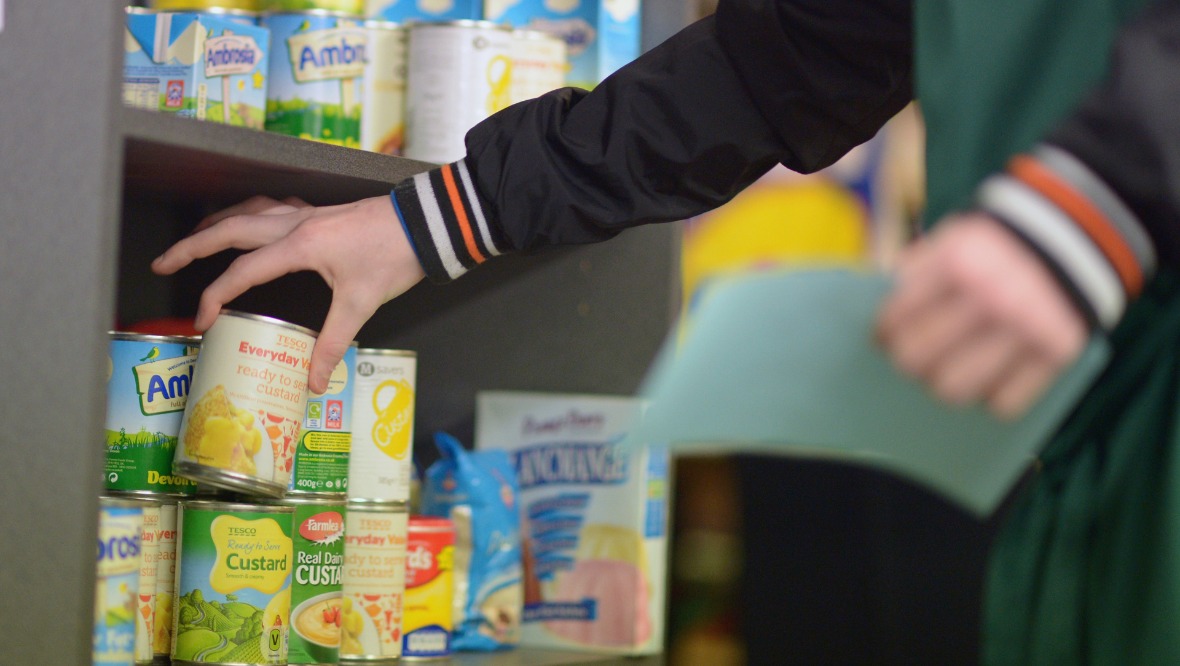 New figures from a charity have revealed that almost 200,000 food bank parcels were provided to people across Scotland in the past year.

The Trussell Trust’s network of banks handed out 197,000 food packages in Scotland during the 12 months before March 2022.

The figures also revealed that 70,000 parcels were provided for children in the same period.

When compared to the same period last year, the need for emergency food has decreased by 17%.

It remains 31% higher when compared to the same period five years ago.

The Trussell Trust has now warned of an “accelerating crisis” across the country following the £20-a-week cut to Universal Credit and the rise in living costs.

Dee, 60 from Aberdeen, worked in the building sector but was made redundant last year and is now in receipt of Universal Credit.

He said: “It’s so disheartening to think that I’m struggling to pay for the essentials and put food on the table, through no fault of my own.

“I’ve previously had to use a food bank because the price of my weekly shop has gone up and am worried that I may need to use one again.

“It’s causing me ongoing stress to feel like I’m never getting to the end of it. It’s overwhelming and really drags me down.”

Polly Jones, head of Scotland at the Trussell Trust, said: “We should all be free from hunger. No one should be pushed deeper into poverty without enough money for the things we all need.

“And yet people are telling us they’re skipping meals to feed their children and turning off the heating so they can afford internet access for their kids to do their homework.

“This isn’t right – and food banks in our network are telling us this is only set to get worse as their communities are pushed deeper into financial hardship. No one’s income should fall so dangerously low that they cannot afford to stay fed, warm and dry.

“But there is still time for governments at every level to do the right thing, and ensure that people at the sharpest end of the crisis are able to afford the essentials we all need in life.

“That’s why we are urging the UK government to make benefits realistic for the times we face, and calling on the Scottish Government to use its powers to do all it can to support people on the lowest incomes.”

Five tips to reduce food waste and save cash