From April 1, energy bills are expected to soar by 54%. 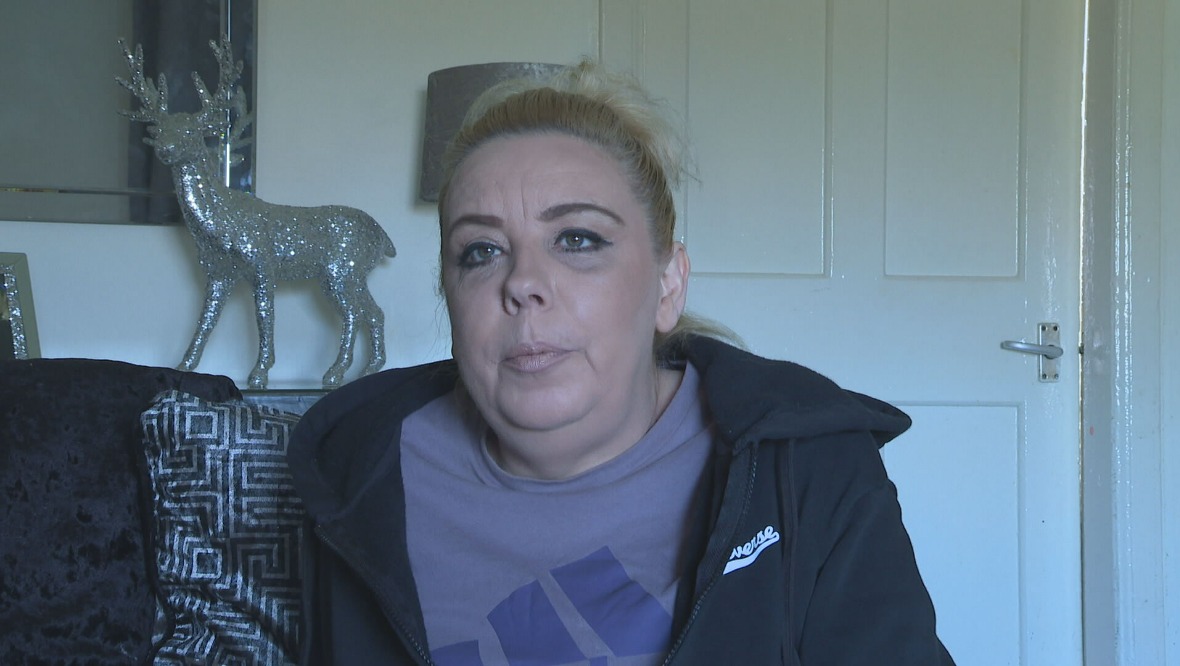 A mum-of-four who’s been paying up to £50 a day for electricity is “dreading” the energy price cap rise on Friday.

From April 1, energy bills are expected to soar by 54%.

She said: “I live off food banks every week. I get food banks, I get help from friends. My brother helps me top up my meter.

“Just getting up and going to work knowing it’s going to go in a meter is so difficult. It’s hard, it’s hard going.”

Ms Quinn is one of 700 Falkirk Council tenants that lives in an area which does not have gas so instead has an electric heating system called Thermaflow.

The systems were installed a decade ago, but in the last few years a series of energy price rises have left householders facing bills that even those in full-time work struggle to pay.

She said: “My TV doesn’t even work. I don’t even have a TV. I have no tumble dryer, no hot tub out my back garden.

“That’s just my normal boiler and how much it costs.”

ScottishPower discovered a problem with Ms Quinn’s boiler two years ago, but she’s still waiting on a replacement from Falkirk Council.

In response, the local authority stated: “Work is ongoing with boilers used in these areas with tenants being offered a choice in their preferred type of heating system.”

From Friday, energy bills are expected to surge after regulator Ofgem announced last month changes to the maximum amount suppliers can charge customers on standard tariffs.

In response to the increase, experts are urging householders to submit their gas and electricity meter readings on Thursday to prevent firms from estimating usage and potentially charging for energy used before April 1 at the higher rate.

Ms Quinn said: “I’m just dreading the cost going up so much because it’s just going to get worse and worse.

“It’s just one thing after another.”

Glasgow pensioner Jean Pentland, who lives on her own on a state pension, said she’s also concerned about the energy price rise.

She said: “My electricity and my gas went up.

An Ofgem spokeswoman said the regulator knows the rise will be “extremely worrying” for many people.

She added: “The energy market has faced a huge challenge due to the unprecedented increase in global gas prices, a once in a 30-year event, and Ofgem’s role as energy regulator is to ensure that, under the price cap, energy companies can only charge a fair price based on the true cost of supplying electricity and gas.

“Ofgem is working to stabilise the market and over the longer term to diversify our sources of energy which will help protect customers from similar price shocks in the future.”