Thousands of Scotland fans are expected to make the journey south. 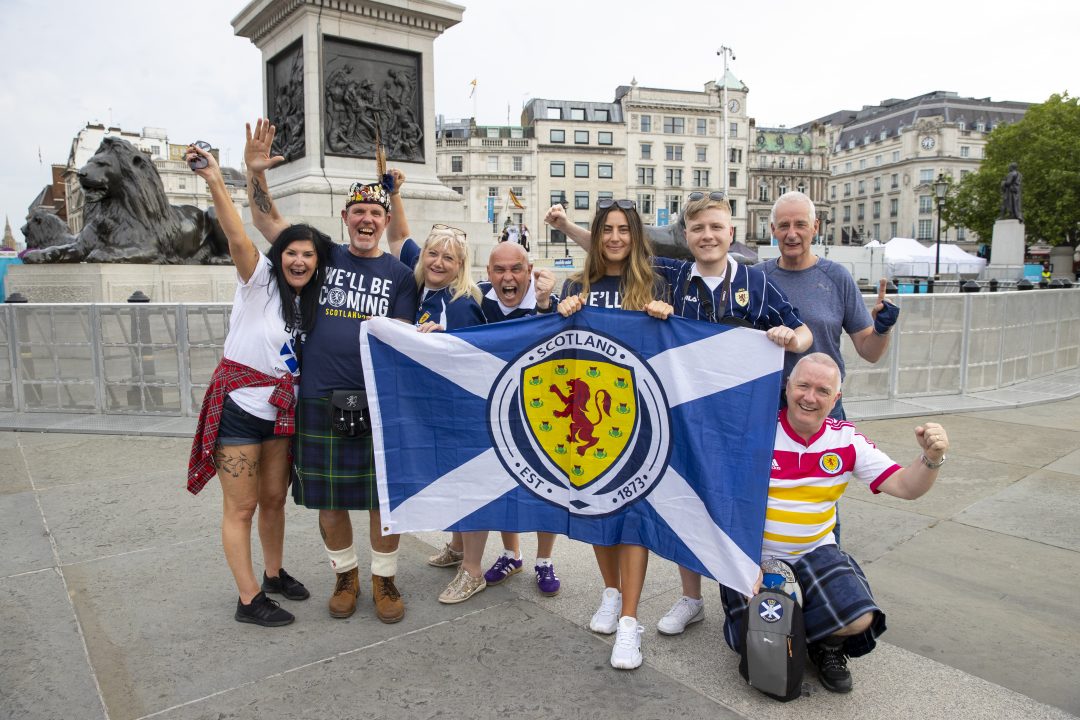 The Tartan Army have started making their way south for Friday’s crunch Euro 2020 clash with England.

Scotland take on the group favourites at Wembley in their second game after Monday’s 2-0 defeat to Czech Republic.

Thousands of Scottish fans are expected to make the journey despite pleas from politicians including London Mayor Sadiq Kahn to stay away if they don’t have match tickets or a safe place to watch the game.

Fans have been congregating in the city throughout Thursday, with Scotland songs and chants heard throughout the day and fans streamed in through rail, road and air.

Confidence levels among the tartan faithful have been building as the game draws closer.

Steve Clarke’s men go into the game knowing they need to take at least a point to keep any realistic hopes of reaching the last 16 alive.

England, on the other hand, know a win against the Scots would guarantee them a place in the knock-out stages after their opening game victory over Croatia.

Several train services between Scotland and London have been sold out with fans eager to attend.

Wembley will only be at 25% capacity for the game, meaning many loyal supporters will have been left unable to get a ticket.

Pubs and bars will also be limited in the number of people they can let in, with most completely booked out weeks ago.

Scotland, who are competing in their first major men’s tournament since 1998, have never qualified for the knockout stages in ten previous attempts.

Group D rivals Croatia and Czech Republic also play on Friday with a game at Hampden.