Paul Drake bought the ticket from a store in Seafield, near Bathgate. 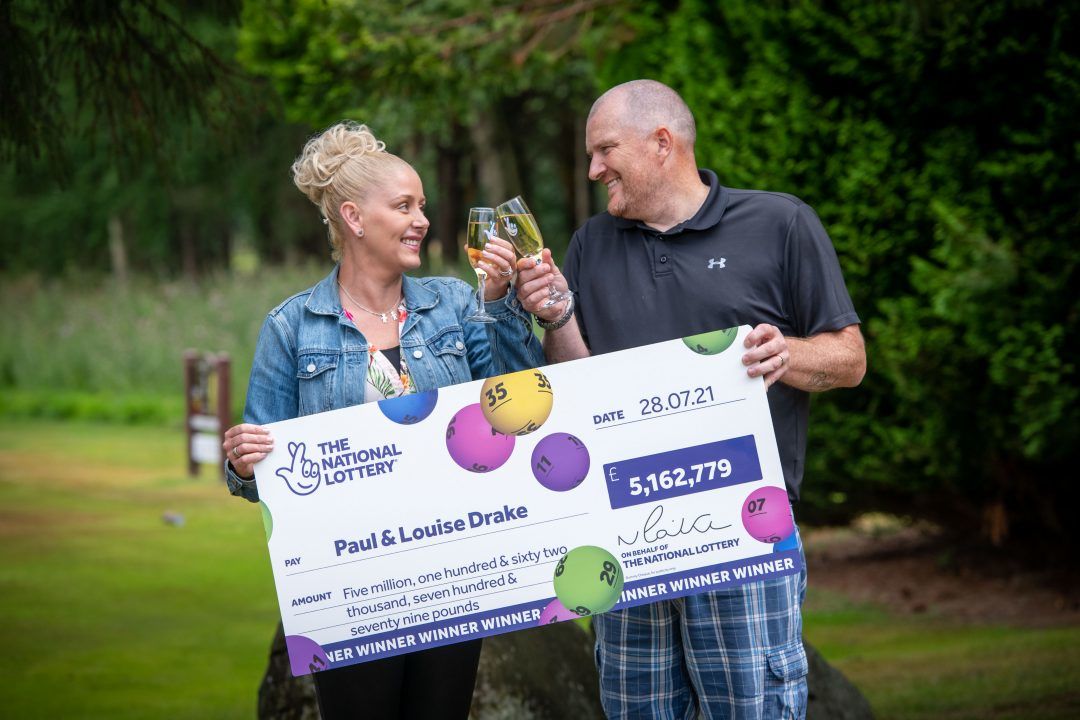 Two Scottish key workers have scooped more than £5m in the National Lottery.

The couple, who live near Bathgate in West Lothian with their two sons who are 11 and 15-years-old, had entered the draw for July 28.

Until last week, Paul had been a production operator with Lidl, whilst Louise is a district nurse.

After buying the Lotto tickets from the One Stop store in Seafield, Paul matched all six main numbers to win the total jackpot of £5,162,779m.

Paul expressed his shock at finding out that they had won the prize.

“I car share with two colleagues, and it was my turn to do the driving,” he said.

“It was about 4.30am in the morning and I was just getting into the car when I had this niggling feeling to check my Lotto Lucky Dip numbers. I checked my ticket and just sat there in shock.

“Now, I’m not an emotional guy but I just burst into tears. I ran back into the house screaming and woke Louise up to tell her. We just couldn’t believe it.”

Louise explained: “I got such a fright thinking something was wrong, but he was shouting something about winning the lottery. At first I thought it was £5000 and tried to go back to sleep. But obviously that didn’t happen.”

Paul said that family and friends are “over the moon” for the couple after their win.

He continued: “As I was the designated driver that day I still had to go and pick up the guys for work. It was so hard to keep it to myself. I went into the office and just said I wouldn’t be able to come in that day.

“The guys who I drove to work knew something was up and that I was acting strangely. So it wasn’t long before people guessed.

“Our friends, family and colleagues are over the moon for us, they’re really chuffed, which is great.”

The couple have worked throughout the pandemic, but say that the money won’t change who they are.

“We’ve both worked hard all our lives, as did our parents before us,” said Paul.

“This money is absolutely amazing, and it will change our lives dramatically from a financial perspective, but we won’t let it change who we are.

“I’ll still chase a bargain and I definitely won’t be paying £6.50 for a bacon roll at the golf club.”

Louise is now planning for a family holiday to Florida in the future, whilst Paul has his sights set on a new Porsche.

She said: “We actually got married at Gretna Green in 2015. My mum and the boys were with us as we were travelling down to the Blackpool Air Show.

“We stopped for coffee and just decided to do it then and there, I was wearing jeans. As the only daughter, my mum wasn’t happy.

“She softened a bit when we took her to Florida with us though, so I definitely want to create more memories like that.”