Interlinked smoke alarms required in all homes from February 1. 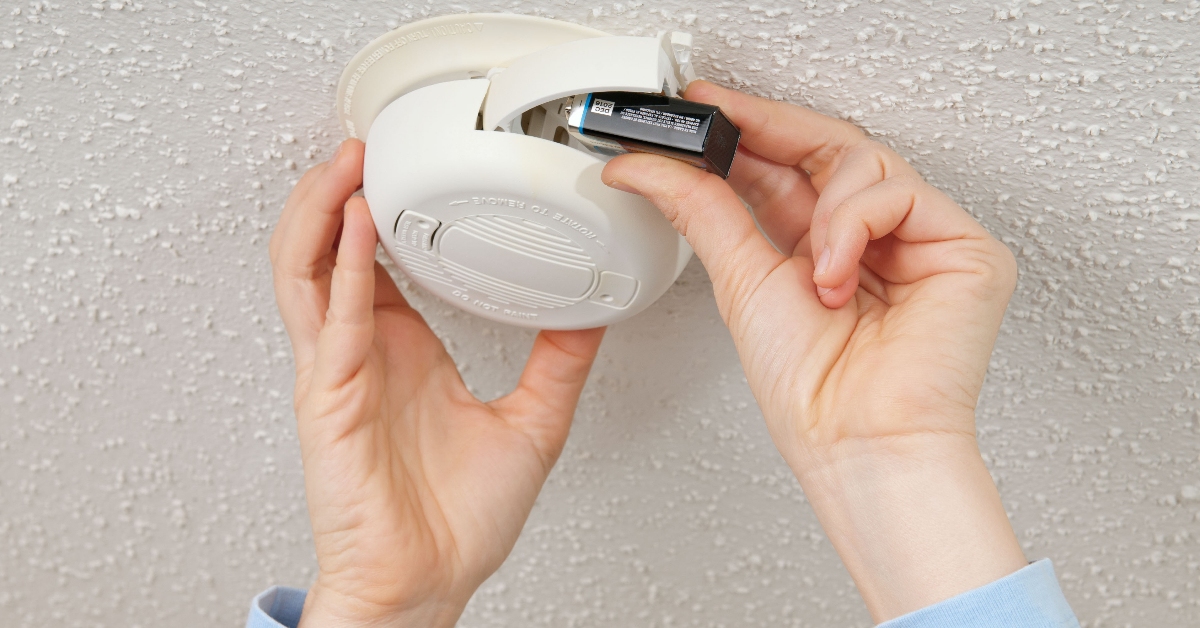 Just over half of Scots have interlinked smoke alarms installed on the eve of a new law requiring them in every home, an STV News poll has found.

Scotland will become the first place in the UK on Tuesday where residents will be legally required to have smoke alarms linked with each other throughout properties.

Following the Grenfell Tower disaster in London, legislation was introduced by the Scottish Government in 2019, and then delayed until 2022.

But more than a third of Scots said they do not yet have the necessary smoke and heat detectors installed in their homes. A tenth of respondents weren’t sure.

The weighted poll of 1102 Scots, conducted by ScotPulse on behalf of STV News, found that the vast majority were aware of the new legislation.

But more than half believe there was not enough information available about the changes.

What did the smoke alarm poll find?

What does a fire safety expert think?

Stephen Mackenzie, an independent fire expert, said the “phenomenal” change to the law would save lives.

“It’s the number one tool for raising the alarm, notifying residents of the fire and protecting lives and I think it’s a fantastic move,” he told STV News.

“This is to buy life support and buy time for residents to contain the fire, to remove themselves from danger and to evacuate the building where needed.

“We lose the most number of people in their own home so it’s correct to target that and encourage people to install these detectors under an enforceable action, but it’s interesting to note it’s not a criminal offence if you fail to do so.

“The arguments against just doesn’t stack against the arguments for. Let’s save as many people as possible from the killer, that’s the smoke, it’s not the fire – it’s the smoke.

“Let’s give them early warning to call for fire service assistance, if they’re able to tackle a small fire or to shut the door and take life support or ideally evacuate the building.”

Opposition MSPs have called for the new legislation to be delayed amid concern almost half of Scots don’t have the required smoke alarms.

Scottish Conservative shadow housing secretary Miles Briggs said the lack of uptake among home owners was down to “dismal forward planning” by the Scottish Government.

“This survey paints a damning picture of the SNP’s lack of preparation for the new interlinked fire alarm legislation,” he said.

“The new law is set to come into force, and yet almost half of Scots still don’t have the required fire alarms in their homes.

“The SNP is about to put thousands of Scottish homeowners outside the law, because of their own dismal forward-planning and inadequate public information campaign on the requirements.

“The SNP have already postponed this scheme once as a result of their bungling, but the truth is that we are no further on than this time last year. The SNP must now urgently delay this law once again, to allow Scots time to meet the new requirements.”

It is estimated that the cost for an average three-bedroom house will be around £220, which must be met by homeowners or private landlords.

This is for alarms that do not require an electrician. Cheaper models that can be connected to the mains must be installed by a professional.

“This should save lives, we support it, but only if it’s done properly,” Griffin said.

“So the government should’ve done a lot more work on advising people what they should do – who the recommended suppliers were going to be and support those low-income families who can’t afford it.

“I think the government have supported around 2000 households, but that’s just not enough. People are really, really struggling just now to pay hundreds of pounds, it’s just not good enough.

“It’s not as if we’re so much further on through the pandemic. People still have their minds somewhere else.”

The Scottish Fire and Rescue Service was given £1m in government funding to install the alarms for those deemed to be at high risk from fire. A further £500,000 was allocated to aid disabled and elderly people.

What does the Scottish Government say?

Cabinet secretary for social justice, housing and local government Shona Robison told STV News that she believes people are aware of the new law and that delaying a policy that could save lives would be inappropriate.

“Surveys that have been carried out show a high level of awareness among homeowners about their responsibility to make sure that they keep them and their family safe by installing these interlinked alarms which we know can save lives,” she said.

Responding to concerns about scammers taking advantage of those wanting to make sure their homes meet regulation, Robison said the government wants to make sure people are careful about getting reputable contractors into their homes.

“That’s why we’ve been working with Care and Repair and the Scottish Fire and Rescue Service so that they can give particular advice to anybody who might be vulnerable or anyone who is concerned about who to have to come into install [the alarms],” she said.

Robison said she is aware of global shortages impacting on the availability of smoke alarms but she said the government had been assured there were now better UK supplies.

Regarding worries about people voiding their insurance by failing to have the necessary alarms installed in time, Robison sought to reassure homeowners.

“The Association of British Insurers has been quite clear that what insurers look for are working alarms,” she said.

“The important thing is here that these interlinked alarms, if there’s a fire in one part of your house you’re going hear it wherever you are and that’s important it can save lives.

“We don’t believe that delaying something that could actually save lives would be appropriate. However, what we’ve said is that if people need a reasonable period of time on February 1 in order to get these installed or because of supply issues or finding people to come in then of course they won’t be criminalised.

“This is really just trying to impress upon people but this could be a life saving device that is worth prioritising and getting installed as quickly as you can.”