A look at whether Scotland is achieving its climate aims ahead of the crunch COP26 summit in Glasgow. 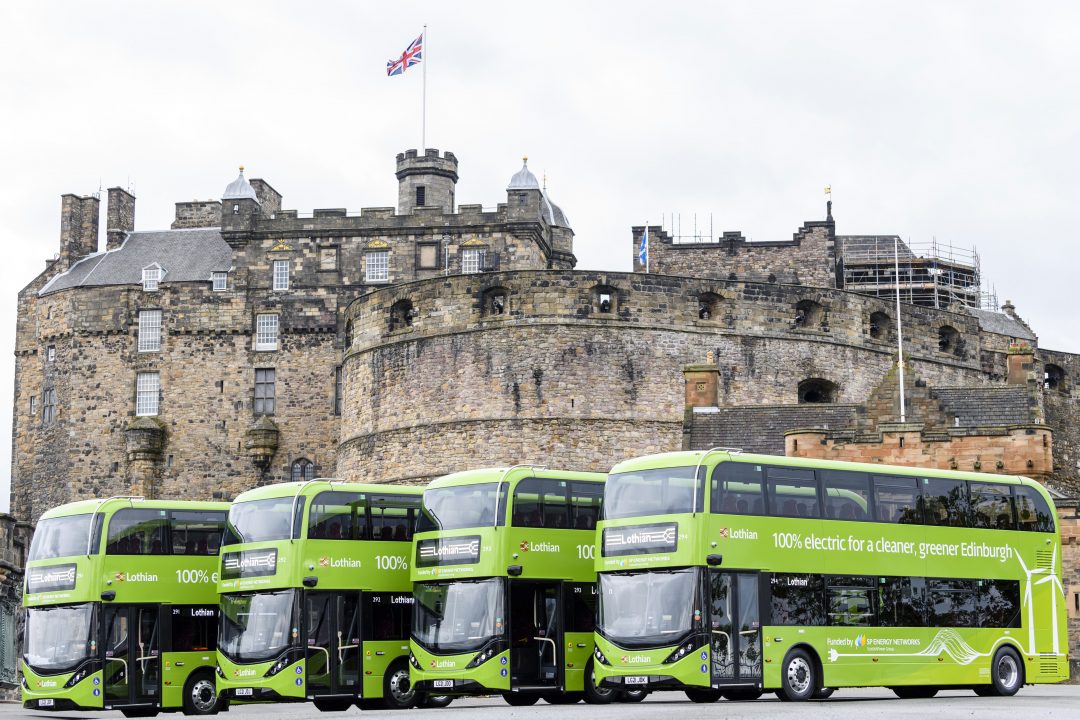 The spotlight will be on Scotland when the global climate summit COP26 comes to Glasgow in November.

With every nation under pressure to cut its emissions and stop the world’s temperature from soaring, it’s being trailed as our “last best chance” to avoid catastrophe.

Scotland has vowed to be ‘net-zero’ by 2045 – but that’s just one of a number of aims the government has set.

Here, we take a closer look at the targets and ask whether we’re on track to hit them.

Essentially, it means putting fewer greenhouse gases into the atmosphere than we take out.

When we reach that balance, through reducing our burning of fossil fuels and off-setting techniques such as planting more trees, we’ve reached net-zero.

Scotland’s aim is more ambitious than the rest of the UK and many other countries around the world.

Are we on track?

Late last year, the Scottish Government published an updated Climate Plan – a roadmap between now and 2032 that would help to reach our overall target.

Most recent figures on greenhouse gas emissions show that Scotland missed its target – it had hoped to reduce its emissions by 55% by 2019, but instead got to 51.5% compared to levels in the 1990s.

Richard Dixon, from the environmental group Friends of the Earth Scotland, said: “We’ve got quite tough targets, they are among the best, and if you created a league table we would be near the top.

“But they’re still not good enough.

“Everyone is supposed to be trying to keep the world below a temperature change of 1.5 degrees and our targets are not good enough.

“It’s not okay to say ‘we were one of the best’ when we are suffering from climate catastrophe in a few years’ time.”

Unsurprisingly, there are a lot of targets around transport as it is the country’s largest pollution source.

The aim is to phase out new petrol and diesel cars by 2030 and reduce the number of miles they travel.

Investment is being made in new forms of public transport, including hydrogen buses and trains, and it’s hoped Scotland’s railways will be decarbonised by 2035.

But the most recent climate change committee report said: “The current trend on transport emissions is off-track for meeting Scotland’s interim emissions reduction targets and net-zero.”

It also said there had been “no significant behavioural shift away from cars towards public transport, walking and cycling in Scotland in the last decade”.

However, Cycling Scotland says there was a 47% increase in the number of people cycling between lockdown and March this year.

And the recent deal between the SNP and Greens also committed to an increase in investment in active travel.

Scotland has significantly increased the amount of energy coming from renewables.

The aim was to generate the equivalent of 100% of our electricity by 2020 from renewables and while that target was missed, it was only by a small margin at 97.4%.

In the updated Climate Change Plan from the Scottish Government, the target is that half of energy demands across electricity, heat and transport come from renewables.

Fraser Stewart, an energy policy researcher at Strathclyde University, says: “We are doing well offshore and onshore and even with solar these days, we are seeing mass improvements.

“It’s a little disappointing that it feels like we took our foot off the gas a little bit there.

“However, on a good day, we are still over 90% renewables. We can do better and we can also do better to bring the benefits of those back into the country and back into communities as well.”

The aim here is for one million homes and 50,000 business properties to be using low or zero-emission heating systems by 2030.

The target by 2025 is that half of all new heating systems installed should be zero-emissions models.

But it will be a real challenge to retrofit and renovate the two million homes currently heated by gas.

The energy ratings of our homes have improved in the past decade, with the number rated EPC C or above increasing, but many are still EPC D.

However, the challenge remains in our non-domestic buildings, where three-quarters are EPC D or worse.

Tackling fuel poverty will be a key challenge, too. Places such as Orkney have been at the fore of renewables, but a large part of the islands community still lives in fuel poverty.

Professor Tahseen Jafry, from the Centre for Climate Justice at Glasgow Caledonian University, says: “All of these changes come at a cost and not everyone can afford to make those changes in their lifestyles.

“The glue that is going to make this happen is finance, climate finance.

“Having access to financial resources is absolutely vital in reaching a low-carbon economy.”

What are the world’s targets?

We’ve probably all heard of the target of keeping global warming to 1.5C above pre-industrial levels – a key commitment during a previous COP meeting in Paris.

Globally, there have been warnings that urgent action is needed if we are to limit the impacts of climate change and reach the target.

Maisa Rojas Corradi, from the University of Chile, is also a lead author for the Intergovernmental Panel on Climate Change.

She says: “We need ambition and as usual, whatever we come up with at international level, it is too slow.

“There is no more time to have just speeches and discourses and signals of hope, we really need them to be implemented.”

What is Cop26 and why should I care?