April, an olive ridley sea turtle, was found with a plastic bag around her neck in the Maldives. 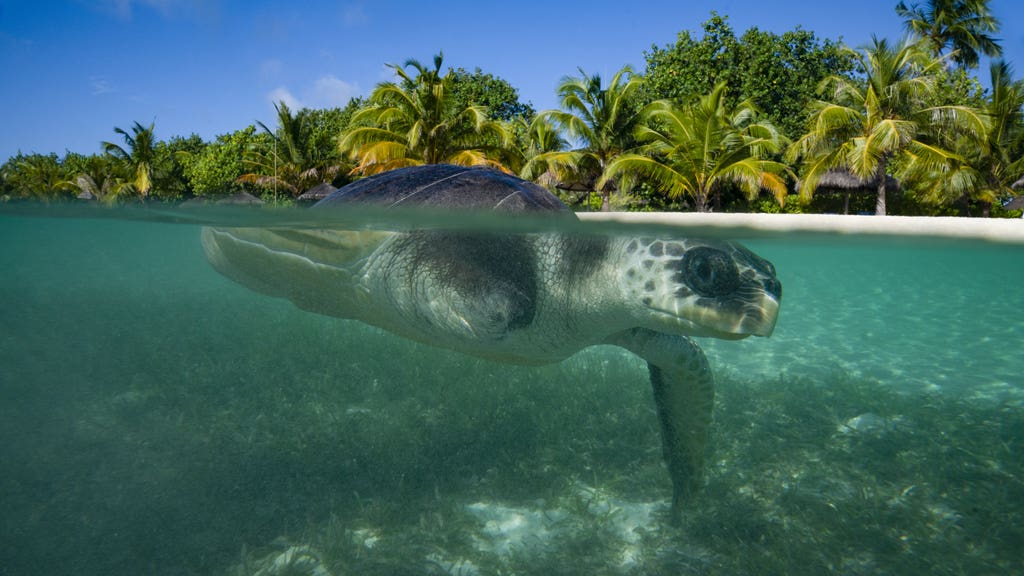 A sea turtle has a new home in Scotland after being found injured and entangled in a plastic bag in the Maldives.

April, an olive ridley sea turtle, was in care at the Turtle Rehabilitation Centre at the Four Seasons Resort Maldives Landaa Giraavaru after being found injured in Raa Atoll in April 2019.

When she was found, she was floating on the ocean surface entangled in netting with a plastic bag around her neck.

An X-ray later revealed she was also suffering from a lung infection, with possible tears in her lungs.

Vets found April suffers from buoyancy issues – where she cannot fully immerse herself under water – which means that she cannot return to the wild.

This has led to the turtle being relocated 5000 miles from the Maldives to Loch Lomond, making her the first olive ridley sea turtle in the UK.

Two Maldives-based environmental agencies, Reefscapers And Marine Savers, as well as the UK’s Sea Life aquarium business and its conservation charity the Sea Life Trust, teamed up with IAG Cargo to fly April to her new UK home.

April joins five other sea turtles taken to new homes through the Flying Turtles Project, while Marine Savers has rehabilitated and released more than 180 others to date.

Kathryn Angel, Sea Life Loch Lomond’s general manager, said: “We are thrilled to welcome April to the Loch Lomond family. She has settled in brilliantly. To have a turtle in our facility once again is a real pleasure.

“April suffered injuries as a result of plastic pollution, so by having April on site at Sea Life Loch Lomond, children can actually see the impact that plastic pollution can have on the creatures first hand.”

Andy Torbet, Sea Life Trust ambassador, said: “Being re-homed to the Sea Life Centre is great for April, it’s going to give her the best quality of life that she can have for the remainder of her life.

“She’ll be a great ambassador not only for marine life and sea turtles, but because of her injuries, which were quite obvious, she’ll act as an ambassador for the idea of plastic pollution and ghost netting being an issue, and why we need to do something about that.

“When you see an injured turtle up close and personal with injuries caused by ghost nets and plastic pollution, that sort of issue is driven home a lot more intensely.”