Heart failure: ‘How many more Christmases will I get?’

Figures have shown a 54% increase in the number of people discharged from hospital with the disease in the last 10 years. 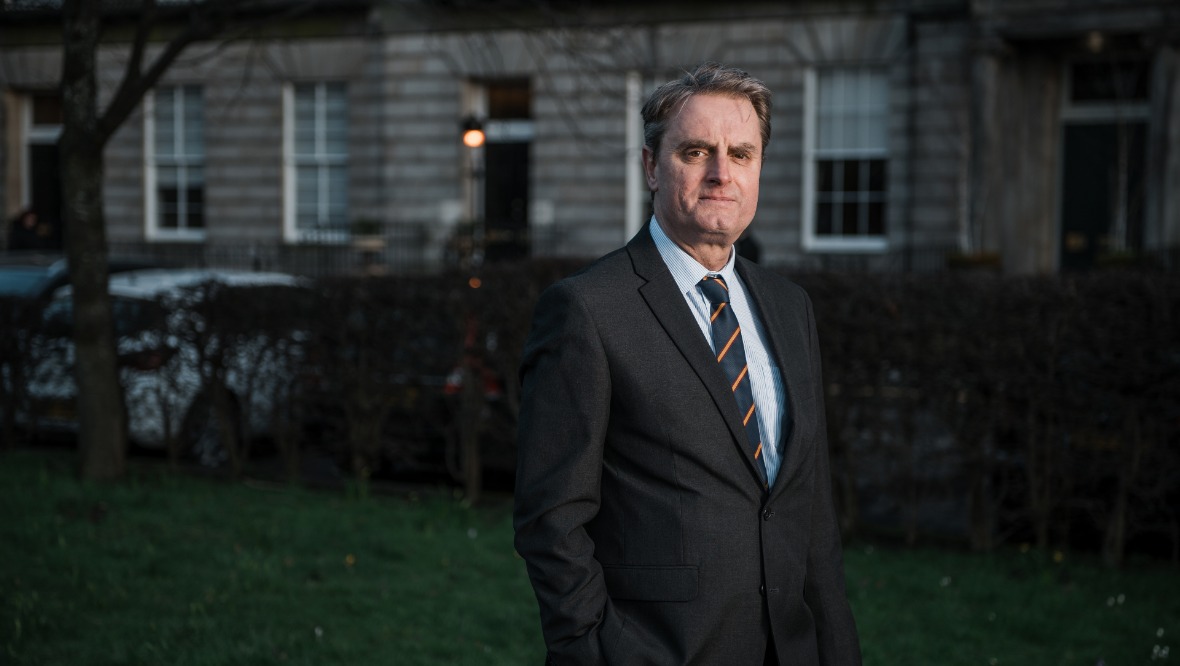 Almost 48,000 people are living with heart failure in Scotland, with just half of people surviving more than five years after diagnosis.

Health charity Chest Heart and Stroke Scotland has warned urgent steps are needed to ensure proper support is in place for people with a diagnosis and their families.

Heart failure is usually incurable and means the organ cannot function properly, struggling to pump blood around the body.

The rise in numbers is thought to be partly down to an increasing number of people surviving events such as a heart attack, which damages the organ, and Scotland’s ageing population, as heart failure becomes more common with as people get older.

However, in some cases it can affect younger people out of the blue, often as a result of undetected heart conditions.

‘How many more Christmases would I get?’

Brian Waller, 54, from Angus, was diagnosed with heart failure in November of last year, which came as a huge shock to him and his wife Wendy.

He said: “Just a few months ago I was fit and healthy, with no sign that anything was wrong, then in November I suddenly found myself in hospital having endless tests and scans, after falling unwell.

“A cardiologist broke the news that I had heart failure, probably as a result of cardiomyopathy.

“Christmas was particularly difficult for me and my family, while we tried to understand what had happened and what it would mean for the future.

“I found myself wondering how many more Christmases I would be able to spend with my family. Since then there have been some dark moments but my wife Wendy has been an amazing source of strength, despite going through a lot herself.”

Jane-Claire Judson, chief executive at Chest Heart and Stroke Scotland, called for a renewed focus on making sure people with heart failure get the support they need.

She said: “When people think of heart disease it’s often heart attacks that come first to mind, but heart failure is far more deadly, and is on the increase.

“If we don’t give heart failure the attention it deserves, people won’t be given the best chance to have the best possible quality of life.”