Income tax to rise for higher earners in Scotland

The Scottish Budget was announced amid a cost of living crisis and soaring inflation. 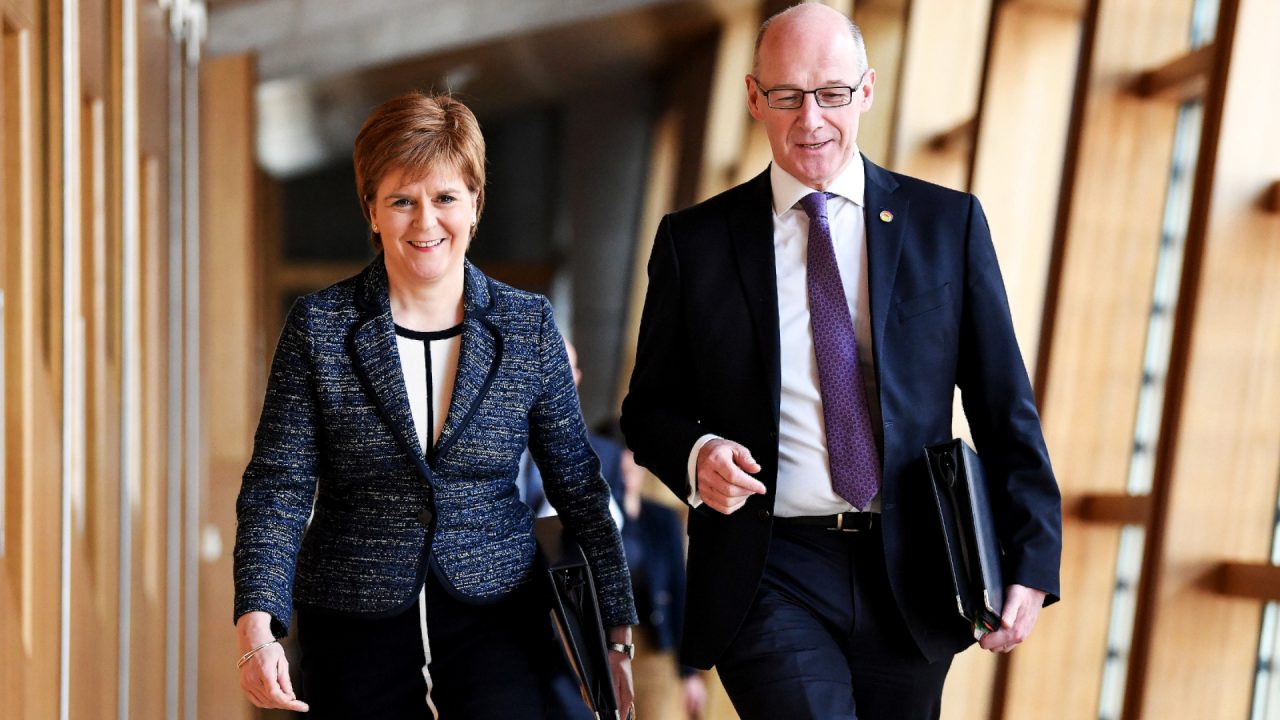 Income tax rates are to be raised for higher earners in Scotland, John Swinney has announced.

Under the changes, the higher rate of tax will rise from 41p to 42p in the pound, with the top rate increasing from 46 to 47p.

The move was confirmed by deputy first minister Swinney at the Scottish Parliament on Thursday afternoon.

It follows chancellor Jeremy Hunt confirming the same change to the highest tax rate for other parts of the UK – reducing it to £125,140.

Swinney set out the Scottish Government’s spending plans in place of Kate Forbes, who is on maternity leave.

He had been due to deliver his statement at around 2.30pm but presiding officer Alison Johnstone suspended proceedings for 30 minutes so she could investigate how details of the tax rises were leaked beforehand.

READ MORE: At a glance: How will the Scottish budget affect my money?

In their 2021 manifesto, the SNP had pledged to freeze income tax rates and bands.

However, ahead of the Budget, First Minister Nicola Sturgeon told MSPs that the country is in “very different times”.

It comes as inflation soars significantly beyond what had been predicted earlier this year.

Funding of £20m set aside for a referendum on Scottish independence will instead be used to help people at risk of fuel poverty, Swinney announced.

He also confirmed the Scottish Government will not mandate a council tax freeze.

Swinney said local government will get a funding boost of £550m next year and the freedom to set its own rates of income tax.

“I can confirm that the Scottish Government will not seek to agree any freeze or cap in locally-determined increases in council tax as requested by Cosla and council leaders,” he said.

“This means that each council will have full flexibility to set the council tax rate that is appropriate for their local authority area.

“I encourage councils to consider carefully the cost pressures facing the public when setting future rates.”

“Scottish Labour supports progressive taxation, but Scots will be wondering why they are facing tax rises to pay for public services while the SNP completely fail to outline how they will ensure that they deliver value for money,” he said.

“It’s down to John Swinney to show how this money will be used to support our public services, and not to swell the ranks of spin doctors, quangos and apparatchiks.”

“There is a lot of pain in this budget. Pain for mental health services, for a voluntary sector on it knees that will now face another £4m cut and a local government uplift that is barely half what COSLA have asked for in order to keep the lights on,” he said.

“I presented the deputy first minister with further savings so I am disappointed that it appears there is still a £17m contract for national testing of children as young as four and five, and the vast and unnecessary bureaucracy that is the ministerial takeover of social care.

“There is still time to turn this around, if he cancelled those particular plans, that would allow him to offer some hope for the 200,000 sufferers of long Covid on whom this budget is silent.”