Traffic chaos on roads as Scotland hit by snow and icy conditions. 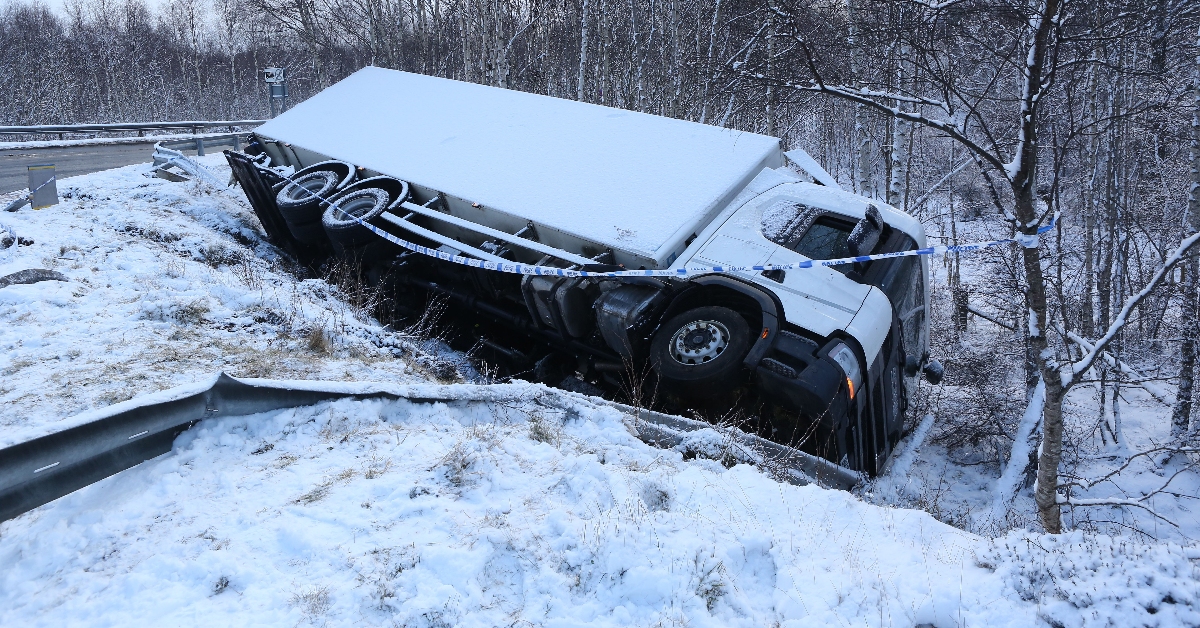 Icy conditions across Scotland are causing travel chaos for parts of the country after heavier than expected snowfall.

A yellow weather warning remained in place throughout much of the east coast and north on Thursday morning.

A lorry crashed off the A9 near Aviemore at around 5.20am. The condition of the driver is unknown.

A man has been taken to hospital after crashing on the A96 in Moray. The collision happened at around 8am near Haughs Road, Keith, and an ambulance took the casualty to Dr Gray’s Hospital in Elgin.

A Police Scotland spokesperson said the road had reopened but enquiries into the circumstances were ongoing.

Worse than expected snow on Wednesday night and into the early hours of Thursday brought difficult conditions for morning commuters.

Roads and rail services are among those affected.

The A96 has been closed to allow an air ambulance to attend.

The road at Keith is shut in both directions following a collision around one mile north of the town with a helicopter called to the scene.

Replacement coach services will be available from Perth and Inverness with CityLink ticket acceptance in place at both stations.

Emergency services have been dealing with a number of accidents in the Borders that have been due to icy road conditions.

Police in the area have urged motorists to drive according to the road conditions.

The A944 road between Kirkton of Skene and Dunecht near Loch of Skene was closed in both directions following a crash at around 8am.

It reopened around 45 minutes later but those travelling through the area have been advised to take care as emergency services remain at the scene.

The A90 at Peterhead was partially blocked following a collision at around 7.45am.

Traffic Scotland said the incident was cleared just over an hour later.

Congestion has also been reported on the M8 westbound and eastbound and on the M74 northbound following an earlier collision.

Travel times are expected to range between 15 and 20 minutes.