Survivors back new legislation designed to make the aftermath of a sex attack less of an ordeal. 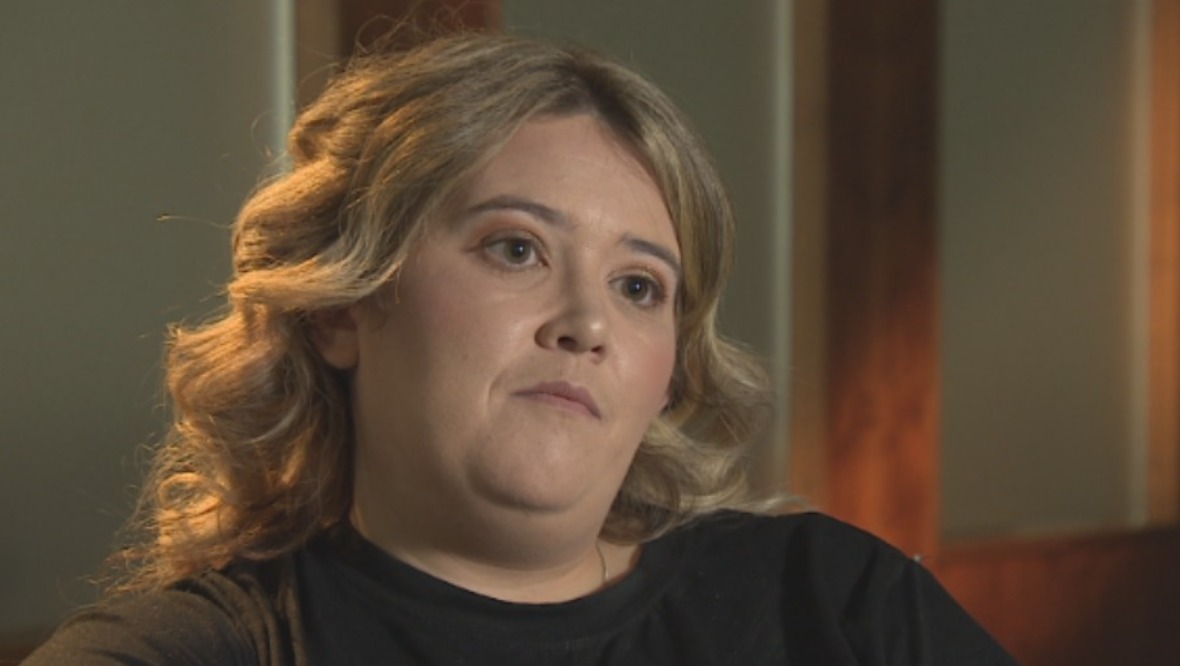 Lisa Walsh was sexually assaulted during a weekend, but had to wait until the Monday before she was examined.

She wasn’t allowed to wash, change her clothes or even brush her teeth due to police having a ‘skeleton staff’ on duty.

Lisa is among the survivors of sexual assault welcoming planned new legislation designed to make the aftermath less of an ordeal.

The Forensic Medical Services Bill, currently going through the Scottish Parliament, would see victims able to self-refer themselves for an examination before reporting the attack to police.

“It happened two years ago,” Lisa told STV News. “When I first reported it, I was left for two days in the clothes I was attacked in.

“The reason I had to wait so long was because it happened at a weekend. They said they had skeleton staff and there were no more spaces at the clinics I had to go to

“The aftermath, the police dealings and the forensic medical, has left me with more mental scars than the attack itself.

The impact of a sexual assault can be long-lasting, with victims suffering the trauma of their experience for many years.

In Scotland, the majority of health boards require victims of a sexual assault to report a crime to police before being medically examined.

But the proposed new legislation would mean they can receive medical attention first.

All evidence will then be stored, should the victim decide to take further action.

Katie Johnston was raped in Aberdeen four years ago and told STV News she found the police process extremely difficult.

She said: “When I went into the police station there was a lot of hours of questioning, then after about six hours I could go in for a medical examination, then more questioning, and that went on for a couple of days.

“It was quite exhausting. It just went on for so long. I answered so many questions and went over the same details so many times.

“If I had had time to just think about what happened and process it a bit … but I spent the majority of the first 48 hours in a police station so I didn’t have time to think about it at all.”

Campaigners say Scotland has lagged behind the rest of the UK in developing such services.

“Only a few years ago people were being examined by male doctors in police stations.

“We’re really quite far behind in Scotland, or we have been in how we respond to people immediately following rape. So this is about creating a trauma-informed response that will better meet the needs of survivors of rape,”

Funding has also been announced for a new course to train nurse sexual offence examiners at Queen Margaret University in Edinburgh – the first qualification of its kind in Scotland.

“We hope that people who might currently be reluctant to make a police report are encouraged to access appropriate NHS services and get the support they need at a time of significant trauma,” she said.

“We know from listening to the views of people with lived experience, that access to self-referral is an important aspect of giving people control over what happens to them at a time when it has been taken away and the Bill will ensure a person can access healthcare and request a forensic medical examination without first making a report to the police.

“It will also mean that under a national self-referral model where no police report is made, people will be informed about what will happen to any evidence taken from them and the circumstances under which it can be shared with the police and people accessing self-referral services will be able to request the destruction of evidence before the end of the statutory retention period.”

Lisa, meanwhile, believes it will be transformational for survivors.

“You have the decision to make, you don’t even have to think about the police with this new bill,” she said.

“That takes off some of the pressure. You can go and get the necessary things you need, then decide later what to do.

“From a survivor’s point of view for somebody else going through it, it is going to be a lot less traumatic than what myself and other survivors have been through.”