‘I was pronounced dead for ten minutes because of my asthma’

Martina Chukwuma-Ezike has revealed that she almost died after suffering from a severe asthma attack. 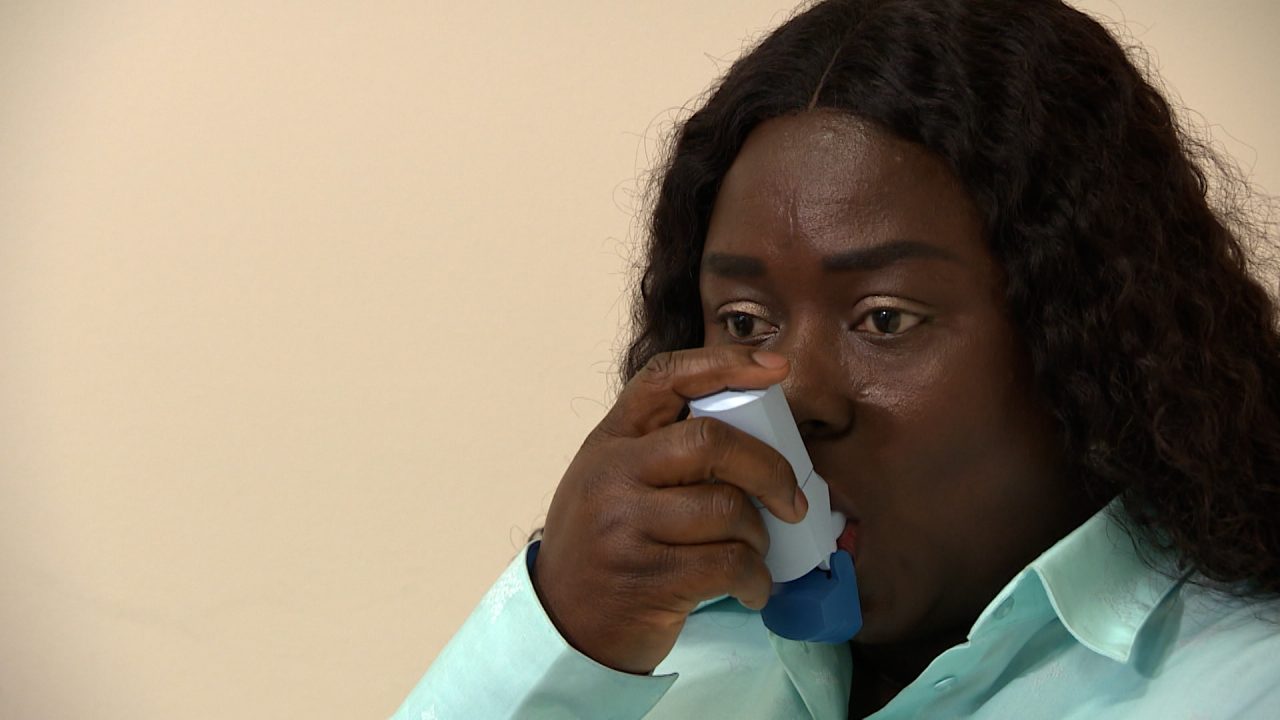 A woman who suffers with asthma has revealed she was “pronounced clinically dead for ten minutes” due to the condition.

It comes as new figures show women with the condition are twice as likely to die from an asthma attack compared with men.

Martina Chukwuma-Ezike has revealed the impact that asthma has had on her life, and spoke of the “miracle” of surviving a severe attack that left her clinically dead for ten minutes.

“Sometimes I use it like twice in a year, which means I’m very well controlled, but with my pregnancy I was using at least four puffs every day.

“And then by miracle, I came around. So, it has impacted me hugely.”

Martina is the founder of the Asthma and Allergy Foundation, Scotland’s only asthma charity dedicated to helping others that are suffering with the condition.

She added: “The report’s really showing the raw deal that women are getting, and we are calling for much more research to understand exactly what’s going on.

“We know that sex hormones are playing a role.

“We don’t know what that role is, and we need to find out so that we can do much better to support women with asthma.”

Figures have revealed that in Scotland, over the past five years, 407 women have died from an asthma attack compared to 177 men.

UK-wide charity Asthma and Lung UK says more research is needed on the impact of female sex hormones on asthma symptoms and attacks – including during puberty, pregnancy and menopause.

It says the “one size fits all” approach to treatment doesn’t work, and gaps in our knowledge are failing women.

Asthma and Lung CEO Sarah Woolnough said: “The reports really showing the raw deal that women are getting, and we are calling for much more research to understand exactly what’s going on.

“We know that sex hormones are playing a role, we don’t know what that role is and we need to find out so that we can do much better to support women with asthma.

“When it comes to research funding women with asthma have drawn the short straw. Gaps in our knowledge are failing women, leaving them struggling with debilitating asthma symptoms, stuck in a cycle of being in and out of hospital and in some cases, losing their lives.

“By understanding the role of sex hormones in asthma, we could transform the lives of the three million women with the condition in the UK and the many millions of women with asthma across the world.

“We urgently need to see more investment in research in this area so we can find new treatments and better use existing treatments to help millions of women and save lives.”

Ms Mome Mukherjee, Senior Research Fellow at the University of Edinburgh, has been involved in research into the link between sex hormones and asthma.

She said: “Despite the UK having some of the most comprehensive health data in the world at its fingertips, data on sex hormones and asthma remains largely untapped and unexplored.

“Because of this, women with asthma continue to experience worse outcomes. There is not enough research into why women are more likely to be hospitalised and die from asthma and what treatments new and existing, could help women.

“The UK has a great opportunity to become a global leader in research on the link between sex hormones and asthma, which would benefit millions of women in the UK and around the world.”

It’s hoped more research into sex-related differences when it comes to the condition will help millions of women, and ultimately save lives.