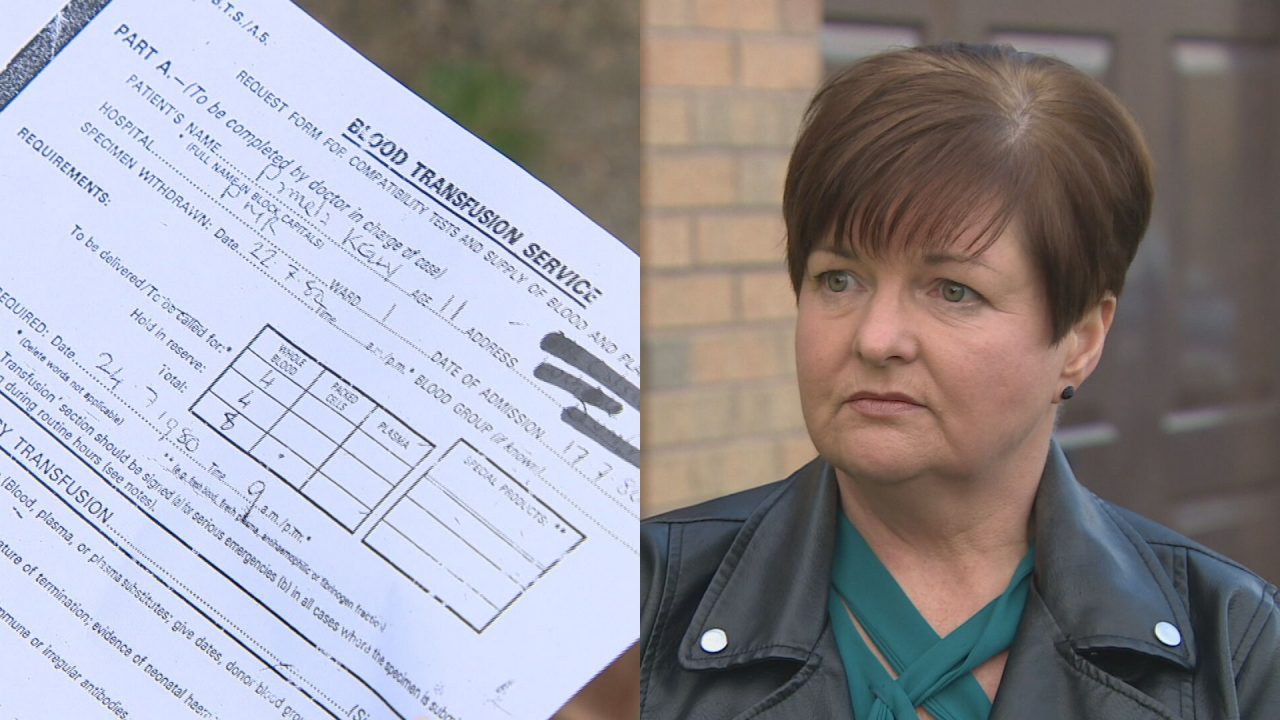 A woman impacted by the infected blood tragedy has said she “could have been a mum” if she had received treatment sooner.

Pamela Pennycook, 52, contracted hepatitis C at the age of 11 following an operation for spinal fusion.

However, the virus was undiagnosed for 25 years, with Ms Pennycook having been forced to terminate her pregnancy due to the health risks to her unborn child, and also had her right leg amputated below the knee.

She is one of around 30,000 people who were infected with HIV and hepatitis C through contaminated blood products in the UK through the 1970s and 1980s.

About 2400 people died in what has been labelled the worst treatment disaster in the history of the NHS.

The Infected Blood Inquiry into the tragedy was announced by then-Prime Minister Theresa May in 2017.

Speaking of the impact the diagnosis has had on her life, Ms Pennycook urged others to get a blood test if they have had a blood transfusion between the 1970s up to September 1991.

She said: “This diagnosis changed my life completely.

“I feel that I’ve just had to react to situations as they’ve happened, I’ve not been in control of my life up until the point that I gave my evidence and I felt I was taking that control back.

“I had decided to speak out and for the inquiry, I just want people to be aware of the contaminated blood.

“And if they’ve had a blood transfusion between the 1970s and up to September 1991, go to your GP, get a blood test to see if potentially you have hepatitis C.

“Because it’s life-changing the diagnosis, but you can get treatment for it.”

She added: “I cleared the virus thankfully. On a day-to-day basis now, I’m limited through my amputation so as I’m getting older, things take their toll, but thankfully I’m okay.”

Ms Pennycook said that knowing that she could have been a mother is what hurts the most.

She said: “If I had been contacted through the Look Back exercise I could have had my treatment much earlier and there would have been no need for my termination. I could have been a mum, and that’s what hurts me the most.”