RMT members will walk out on Monday as part of an ongoing dispute with ScotRail over pay. 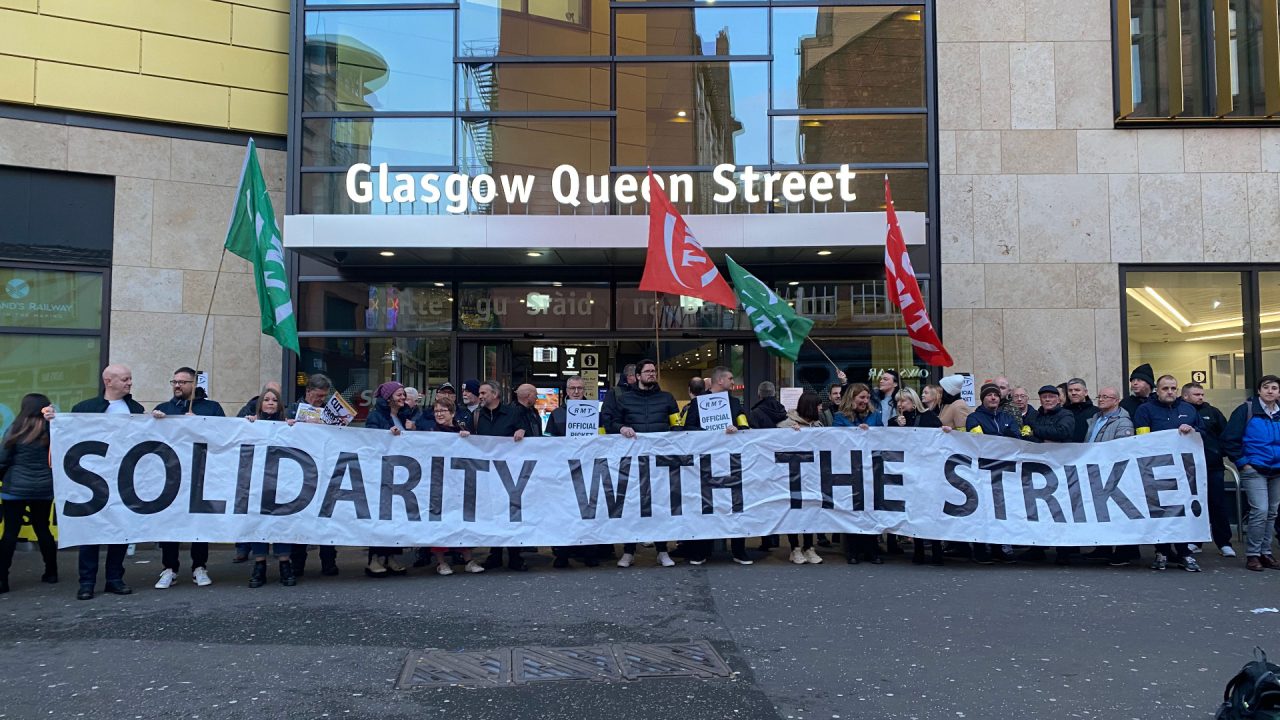 ScotRail workers gathered on the picket lines on Monday morning outside train stations across Scotland as strikes went ahead cancelling services, cutting off communities and causing travel chaos for commuters.

Members of the Rail, Maritime and Transport (RMT) union walked out on Monday after “overwhelmingly” turning down an updated pay offer from the newly-nationalised firm.

Dozens gathered early on Monday morning outside Glasgow Queen Street station with banners which read ‘solidarity with the strike’ and ‘victory to the RMT’.

As a result of the strikes, ScotRail has warned passengers to expect widespread disruption, with just three services running in the central belt on Monday.

The rail operator has urged passengers to only travel if necessary and to consider alternative travel arrangements where possible.

Meanwhile Traffic Scotland warned roads may be busier than usual as a result of the strike action.

Further industrial action by RMT members will take place on Friday, as general grades members take part in an overtime and rest day working ban as part of action short of a strike.

Phil Campbell, ScotRail head of customer operations, said: “We’re really disappointed that the dispute with the RMT has reached this outcome, given the strength of the improved pay offer ScotRail made.

“This strike action does nothing for the railway’s recovery at this fragile time. It will severely impact our customers and it will also cost our staff through lost wages.

“Due to the large number of ScotRail staff who are members of the RMT, ScotRail customers should expect significant disruption to services on Monday, October 10 as we won’t be able to operate the vast majority of our services.

“We’re advising customers to seek alternative means of transport and to only travel if they really need to on Monday, October 10.

“We remain open to resolving this dispute.”