Heavy snow to continue across Scotland on Wednesday

An amber weather warning is in place until 9pm on Tuesday and a yellow warning continues into Wednesday. 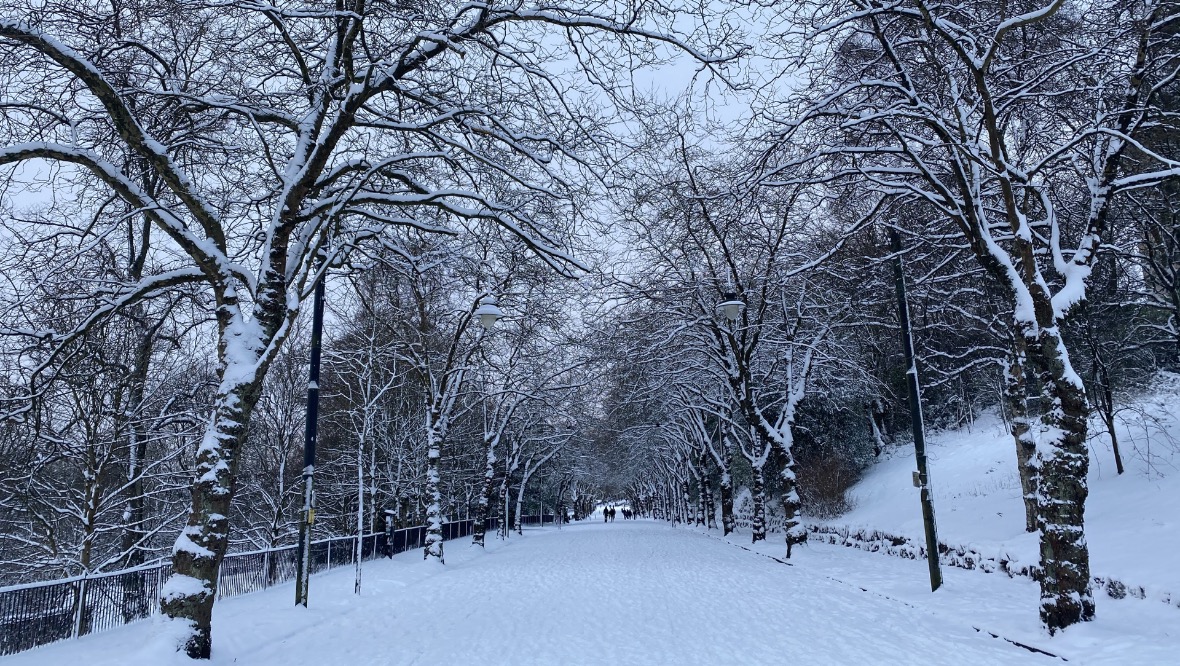 Weather warnings for heavy snow will continue across Scotland on Tuesday evening and into Wednesday following Storm Darcy.

An amber weather warning issued by the Met Office will remain in place for most of the central belt until 9pm on Tuesday, while a yellow alert will continue until 11.59pm on Wednesday.

A yellow alert for snow and ice has already been issued for the east of the country from Thursday morning until midday on Friday.

The country has experienced travel disruptions due to heavy snow, with bus and rail travel disrupted and numerous road accidents reported on Tuesday, including a jack-knifed lorry on the M90 near Dunfermline.

Power cuts were reported in Glasgow, Edinburgh and in Orkney due to the snow.

Despite the issues, the public made the most of the wintry weather, with skiers and snowboarders joining families with sledges in parks and fields across the country.

He tweeted: “Now recording about 70cm of snow lying in Braemar.

On Tuesday morning, Sean added: “Snow is going to continue on and off all day today in central belt – this could get very bad.

“It looks very Beast from the East 2018 to me. I reckon western Fife and around Cumbernauld, Falkirk and Slamannan could be some of the worst hit areas with another 15cm falling today and into tonight.

“The showers will continue to feed well west into Glasgow area too.

“Snow eases tonight but then it’s the severe chill on the way.”