Heavy rainfall leads to flooding across parts of Scotland

Trains have been delayed or cancelled and roads closed due to flooding. 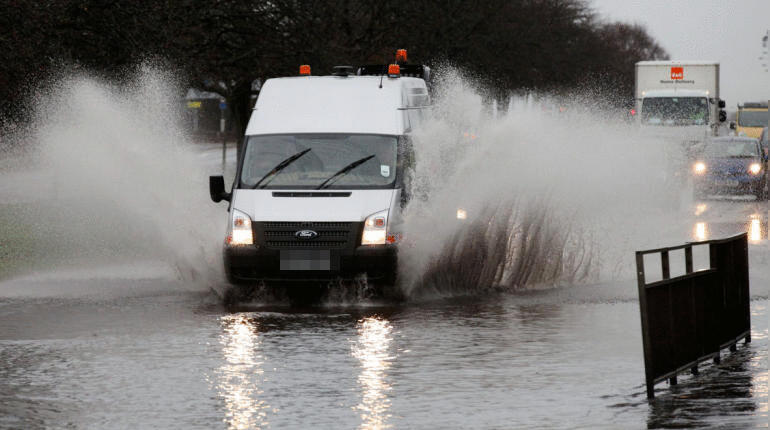 Heavy rainfall has led to flooding across Scotland following a yellow weather warning for thunderstorms.

The Met Office issued the alert from 4am on Friday to shortly before midnight, with heavy rain, thunder and lightning set to continue on Saturday.

ScotRail warned customers that speed restrictions had been put in place on a number of routes due to surface water, leading some services to be delayed or cancelled.

Traffic Scotland urged motorists to be careful on the roads following reports of surface water, with some roads closed due to flooding.

STV Weather meteorologist Sean Batty said: “After a very dry July for most of the country, and for some parts of the south west, the driest July on record we’ve seen a return to typical August weather.

“August is usually our wettest summer month and it’s also the point in the year where the heat has built up across Europe which also means that showers can become very thundery too. It’s these showers that bring us the images we see across the continent a lot during the summer of big hailstones and torrents of water.

“We’ve got one such thundery plume crossing the country at the moment, with some very potent showers bringing intense downpours. Some areas of central and western Scotland could see as much as 30mm fall in the space of an hour, which means there’s a risk of about a quarter of a month’s worth of rain from just one shower.

“If you’re unlucky and have several of these showers then you could be looking at a month’s worth of rain before the day is out. So far the most intense showers have been recorded around Kilbirnie, Greenock and the western side of Loch Ness where as much as 20mm has fallen in just a few hours.

“Rainfall of this level brings the obvious risk of flooding as it’s so much in such a small space of time which overwhelms drainage meaning roads fill with water – this is particularly hazardous on motorways where drivers are suddenly faced with large puddles which can lead to accidents.

“The shower intensity will ease through the evening but more will develop tomorrow. I expect the heaviest showers to occur from Lochaber and Lochalsh down the western side of the country to Ayrshire.

“Again these will be intense with similar downpours again leading to some flooding issues. Sometimes in these situations it can be hard to prepare because things change very quickly in such a short space of time, and as usual some places will completely escape them and just see large clouds in the distance.

“Sunday will see the heaviest showers moving to the east of the country with the wettest area likely to be in Moray and Aberdeenshire by then.

“The unsettled and more changeable weather looks set to continue until at least mid-August, but there are some tentative signs of settling later.”