Leaked documents suggest the creation of a 'two-tier' system where patients who can afford to, 'go private'. 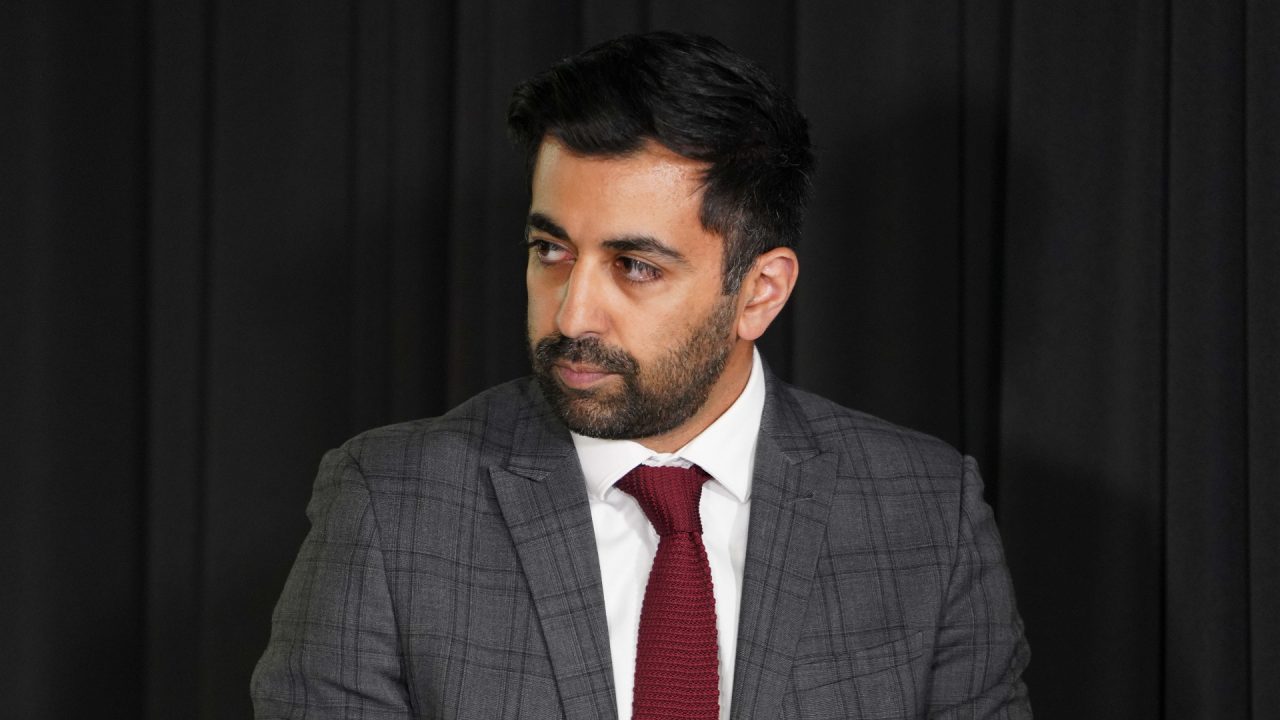 Scotland’s health secretary has denied claims the government are considering abandoning the founding principles of the NHS by introducing a system where wealthy patients pay for healthcare.

Humza Yousaf says the SNP would “never” consider charging anyone for NHS treatment and any system asking patients to pay would be “abhorrent”.

It comes as leaked documents suggest the creation of a “two-tier” system for the health service “where the people who can afford to, go private.”

The considerations were included in leaked meeting minutes from September, seen by the BBC.

The meeting involved high-ranking health officials who were given the “green light” by NHS Scotland chief executive Caroline Lamb to discuss reform of the service.

Nicola Sturgeon also denied the reports and insisted her government were “emphatically” against the idea.

She said: “The founding principles of the National Health Service are not up for discussion.

When asked if she or her ministers knew NHS leaders were taking part in these discussions, the First Minister said: “I don’t dictate to NHS chief executives what they can and can’t discuss – we live in a democracy.”

She added her pledge for continued support for the service and said: “Let me be unequivocally clear, we will do that within those long established, well accepted and, I think, almost universally supported principles of a public service free at the point of use and need.”

Responding to the news in a tweet, Yousaf said: “SNP-led ScotGovt has never contemplated charging anyone, regardless of wealth for treatment on NHS, never will. Our record demonstrates our commitment to NHS core values; abolishing prescription charges, removal of dental charges for young people, continued funding free eye tests.”

He added: “Any suggestion otherwise is, frankly, complete baloney.”

Other suggestions in the documents included changing the “risk appetite from what we see in hospitals” by setting a target of discharging patients to their home for treatment within 23 hours.

But the minutes of the meeting accept that “it is not gold standard but what other countries can do without an NHS”.

Leaders also considered a review of the cost of long-term prescribing of drugs, pausing the funding of new drugs, applying a charge for freedom of information requests and sending patients home for care, according to the document, while saying there was a £1bn hole in the service’s finances.

Dr Iain Kennedy, chair of the British Medical Association (BMA) Scotland said in response to the reports that a “proper, open conversation about the NHS and how we make it sustainable now, and for generations to come” was needed to avoid “sleepwalking” into a two-tied privatised system.

The document also discussed the National Care Service – an initiative to centralise social care using a system similar to the NHS – saying: “£800m for NCS does not make sense.”

The true cost of the NCS is not yet known due to the Scottish Government’s commitment to pass a framework Bill, with the service to be the subject of “co-design” later.

The minutes claim there is a “group within SG (Scottish Government) who recognise that it may not be possible to provide what was initially proposed within NCS”.

The document added: “Their challenge is how to get off that promise and do something different.”

Dr Kennedy, of BMA Scotland, said: “We have been extremely clear that our health service should remain free at the point of need and true to its founding principles – and that should be a starting point for any wider discussion on its future.”

He added that doctors have been calling for a “national conversation for some time” and said “enough is enough” with regards to discussions “happening in some places, and behind closed doors”.

He said: “It simply isn’t feasible for the Scottish government to say we have record staff, and enough money and we should all move along and deal with the perpetual winter crisis our NHS is in. Just because we have more staff, does not mean we have enough – many services are already stretched beyond their limits. Healthcare workers cannot do any more than they are currently doing – we need to be honest that the entire workforce is on its knees.

“NHS boards have a nigh on impossible task in making the budgets provided deliver everything that is being asked by the Scottish government. This is a dire situation for our NHS, with a massive lack of resources to meet spiralling demand across primary and secondary care.”

Scottish Labour also responded to the news by repeating calls for Yousaf to resign, accusing his department of “secretly describing privatisation” amid a “crisis” in the NHS.

The party’s health spokesperson Jackie Baillie MSP said: “These damning minutes show just how much harm Humza Yousaf and the SNP have done to our NHS.

“Across our country hospitals are overwhelmed, staff are demoralised and patients are being put in danger.

“Rather than deal with this crisis we now learn that NHS chiefs are secretly describing privatisation and making people pay for their care.

“While the SNP fail to support staff and patients, we now know that those trusted with protecting our health service are talking about betraying it.

“We simply can’t go on like this and allow the SNP to slowly privatise our NHS.

“It’s time Mr Yousaf did the right thing and went.”

In a statement the party’s shadow health secretary Dr Sandesh Gulhane MSP said: “It’s clear that the NHS leadership are talking about abandoning the founding principles of our health service and introducing patient charges – and that they feel they have the political cover to do so.

“Despite Humza Yousaf’s protestations, the privatisation of Scotland’s NHS seems to be under active consideration by the SNP.

“This is outrageous. Healthcare must remain free at the point of use for everyone.”

He added: “Humza Yousaf must take responsibility for this lack of leadership and resign – or be sacked.

“The SNP Government must also come clean over their plans for our health service. Scots already pay more tax than the rest of the UK for our public services, so there’s no excuse for this Doomsday scenario being on the table.”

In response to the reports, Yousaf stated: “The Scottish Government’s policy could not be clearer, our National Health Service must be maintained to the founding principles of Bevan – publicly owned, publicly operated, and free at the point of need. The provision of health services must always be based on the individual needs of a patient – and any suggestion that this should in some way be based on ability to pay is abhorrent.

“Prescription charges are a tax on illness, they were scrapped by this Government and they will not be returning in any shape or form.

“I routinely meet the Scottish Government’s senior clinical team, led by the chief medical officer, at least weekly and have further specific engagement on individual matters with these vital advisers.

“There is also frequent engagement between ministers and NHS board chief executives, and daily discussions between the Scottish Government and individual health boards on service performance and pressures.”

He added: “Our NHS and care services continually evolve to meet the changing needs of the people of Scotland, and reflect changes in practice and medicine. In our five-year NHS Recovery Plan we have outlined our commitment to continued investment and reform of the NHS, alongside delivering the National Care Service.

“As we continue our recovery from Covid we must recognise the enormous impact the pandemic has had on our health service. As a result of the global pandemic, which has affected health services across the world, a number of targets have not been met. We are grateful to staff for their exceptional work in the face of on-going pressure.”