Sir Jackie Stewart: Formula One can help find a cure for dementia

Motor-racing legend tells Scotland Tonight about his efforts to find a cure for dementia. 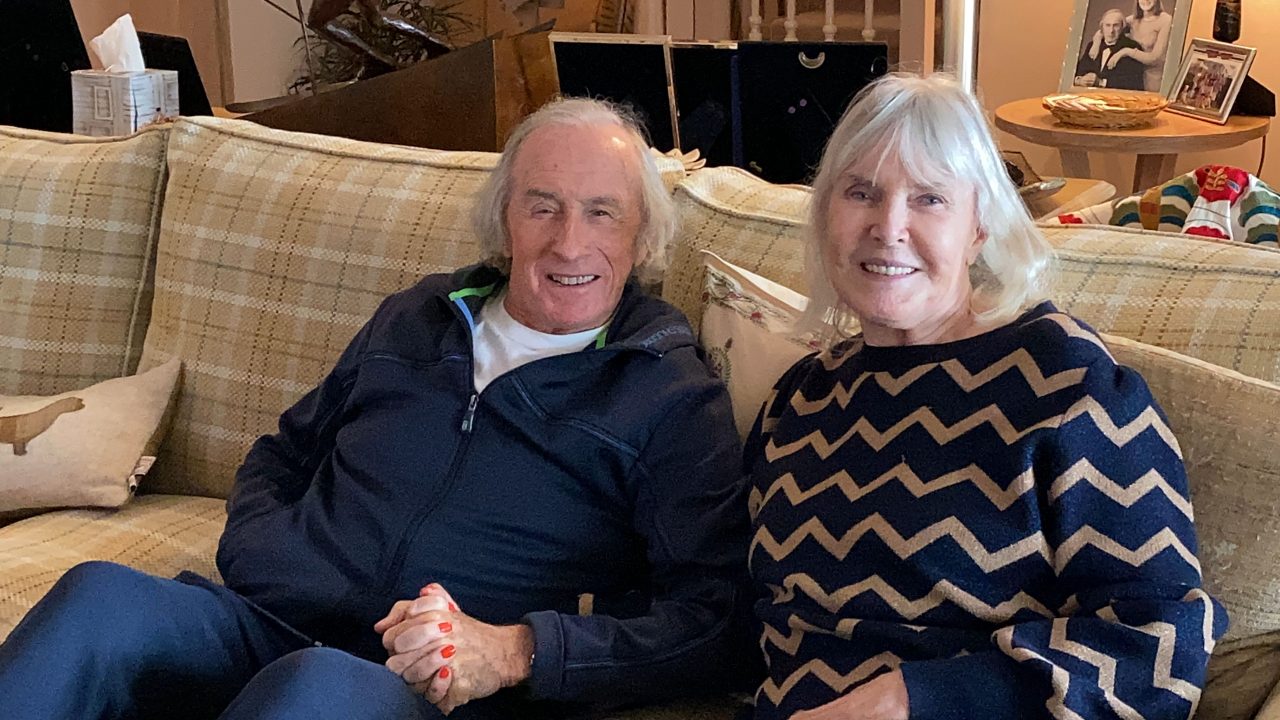 At the side of the race circuit, Lady Helen was “his stopwatch” – F1 legend Sir Jackie Stewart often praised his wife’s ability to time his laps to the millisecond with unfaltering accuracy.

But since a dementia diagnosis in 2014, her “razor-sharp mind” has been slowly fading away. She can no longer walk without aids and requires round-the-clock care at their home in Switzerland.

The Scottish motor racing champion told Scotland Tonight on STV that he wants to see dementia research operate at the same blazing speeds he used to produce on the track.

And he believes the pace of problem-solving within Formula One may help provide the answers scientists are looking for.

“Helen now can’t walk normally,” Sir Jackie said. “She sometimes can walk with her chair around her, but it’s a real problem. It’s a very sad illness.

“I’m very lucky that my sport has allowed me to afford what we need for Helen. We have seven neuro-nurses looking after her 24 hours a day, two at a time.

“But it takes that or Helen would have to be in a home. That’s what happens to most families, so it’s an illness we’ve got to challenge.”

Sir Jackie and Lady Helen have been married for 60 years and have two sons, Mark and Paul, and nine grandchildren.

Sir Jackie is now facing the most challenging race of his life. He founded Race Against Dementia, a charity that raises and allocates funds into global research looking to find a prevention or treatment for the disease.

The three-time world champion wants to see work carried out with the same urgency used to solve problems in Formula One.

“There’s no other activity in the world that has faster problem-solving skills,” he told Scotland Tonight. “From one grand prix to another, there might only be a week or two, but there might be six major changes in the cars.”

Sir Jackie’s charity funds 11 fellows around the globe, including six in the UK, and encourages PhD students to get involved in the research.

Some have even spent time with Formula One teams to see how they fix issues at such speed.

Hopes for a cure

“I think we’ve got to do it better than we’ve done it before,” he said. “That’s why we are using youth. They are hungry, they are ambitions, they want to get it done.

“And sadly there hasn’t been anything like the type of money spent in research as there’s been in cancer or heart disease.”

Dr Claire Durrant, who works with Race Against Dementia and in Alzheimer’s research at Edinburgh University, collects “waste” brain tissue from neurosurgeons.

These tiny pieces of tissue are kept in special conditions, allowing Dr Durrant to apply toxic proteins to them – essentially creating Alzheimer’s disease in a petri dish, so she can assess what happens to the connections in the brain.

She’s able to do this by using donations from the Edinburgh Brain and Tissue Bank, where people with dementia donate brain tissue after they die.

Dr Durrant told Scotland Tonight: “It’s like having video footage of a car accident, rather than arriving at the scene of the crash afterwards.

“So we can be quite aggressive in what we’re trying… both in terms of adding the toxic proteins we think are involved in Alzheimer’s, but also potentially adding different drugs to trial if that would make things better.

“It makes a really good platform for finding out how Alzheimer’s disease works and also how we might be able to stop it.

“Even if we could delay the onset or the progression of Alzheimer’s disease by five or ten years, that’s the difference between people meeting their grandchildren and being able to have a really enjoyable retirement, and those things are so precious.

“Even to just extend that time people have, living well with dementia just by slowing it, would be a fantastic first step, and I don’t think we’re too far away.”

Watch the full episode of Scotland Tonight on the STV Player.