The former US President is due to speak with climate campaigners. 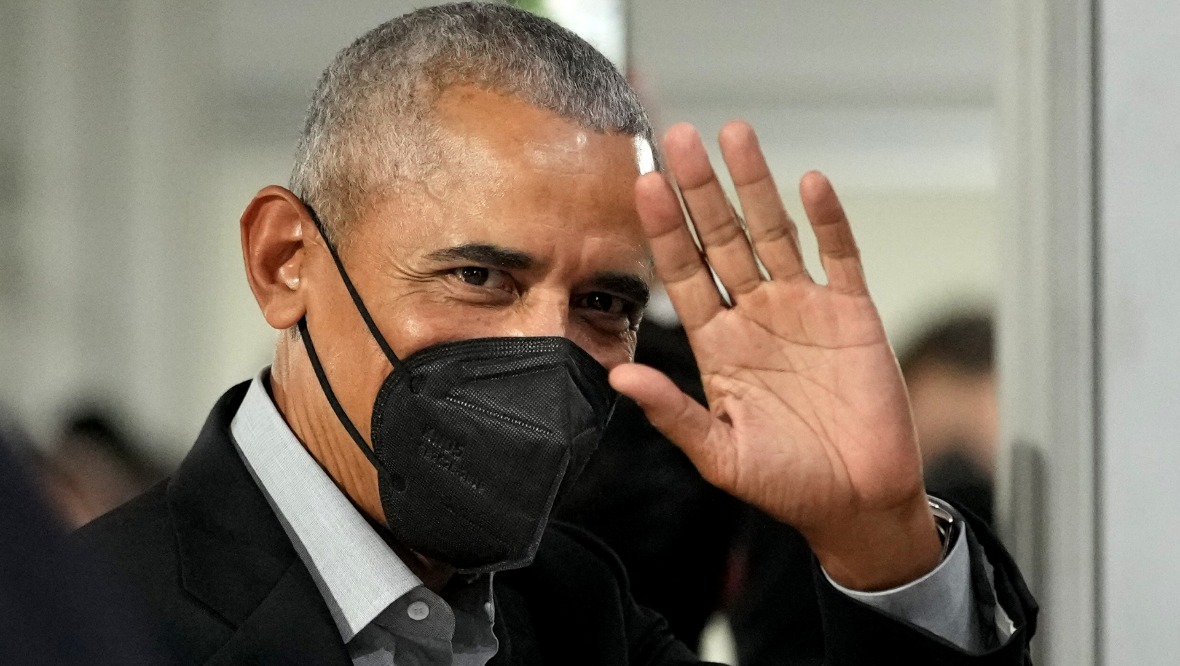 Barack Obama has arrived at COP26 and urged larger nations to take more of the burden in fixing the climate crisis.

Speaking in the main plenary at the venue in Glasgow, the former US President that island nations are the “canaries in the coalmine” of climate change and are sending a message on the need for urgent action.

It is the second time that Obama has visited Scotland, having addressed a charity dinner in 2017 and playing a round of golf at St Andrews.

Addressing delegates at the summit, he said that larger nations should shoulder more of the burden of fixing the climate crisis – as a theme of the talks on Monday is support for poorer countries to cope with the problem.

“In many ways, islands are the canary in the coalmine in this situation,” he said.

“They are sending a message now that if we don’t act then it’s going to be too late.”

“Those of us who live in big, wealthy nations, those of us who helped to precipitate the problem, we have an added burden to make sure that we are working with and helping and assisting those who are less responsible and less able, but are more vulnerable to this oncoming crisis.”

A veteran of the failed UN climate summit in Copenhagen and the successful meeting in Paris which secured the world’s first comprehensive climate treaty, Obama was speaking at an event by COP26 organisers the UNFCCC on island resilience.

Calling for more action and for countries to stick to the pledges they have made in Glasgow and previously, he said: “It’s important for us to recognise as was true five years ago we have not done enough.”

The Hawaiian native said he is an “island kid” and ended his speech quoting a Hawaiian saying which he said roughly translates as “unite to move forward”.

He is expected to attend several events on Monday, including a speech laying out the progress made in the five years since the Paris Agreement took effect, highlighting the leadership of young people around the globe and urging more robust action from governments, the private sector, philanthropy and civil society.