James Tofalli says playing the piano has helped him overcome his struggles with addiction. 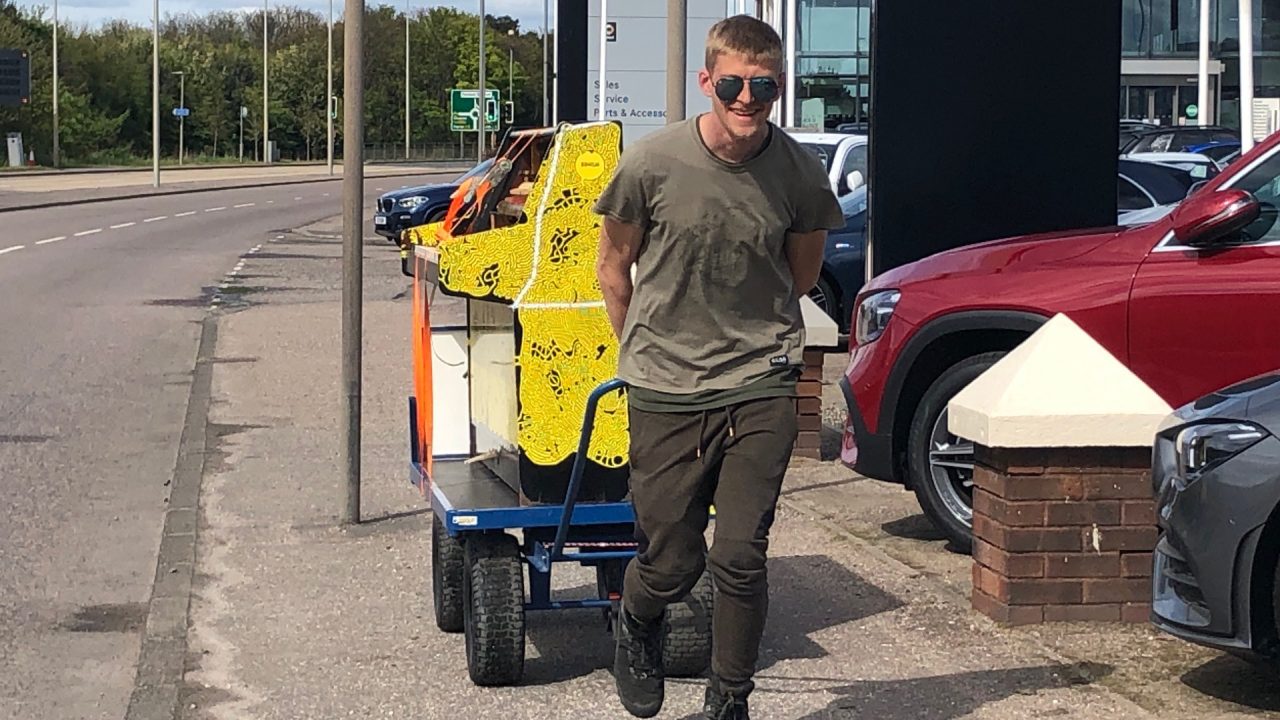 A former drug addict who found escape in music is wheeling his piano from John o’Groats to Lands End to raise money for charity.

James Tofalli’s mission is to highlight mental health issues while raising cash for charity – and he is bringing joy along the way with his music.

A month after leaving John o’Groats, the 28-year-old reached a sun-soaked Inverness for a well-earned break on an epic trek to the south coast.

“After going cold turkey for two-and-a-half weeks I padlocked myself into my bedroom and I had to climb down a drainpipe because it was the only way out.

“The first place I landed was St Pancras Station.”

Access to a public piano at the railway station proved to be his ticket to paradise as music became his escape route.

“We’re now five years on from when I said ‘no’.

“I feel that talking about it and bringing awareness to it is my final stage of recovery,” he said.

Self taught, James is now an accomplished pianist and he sees this trek as the final part of his recovery.

“I’ve always said recently that if I’ve got a set of keys in front of me I know I’m going to be fine.

“If you’d met me without the piano, I’m a completely different person.

“This is my life and I know it saved me and for that I just give it my life back”.

With a beaming smile on his face and with the freedom of leaving the blues behind him, James hopes to reach Lands End some time in September.